A hill above the Rječina River canyon, Rijeka, Primorje-Gorski Kotar County, Croatia
Back to the list Back to the map
Typology:
Fortification
Year of build:
1935
Original name:
Fortification Dorchich
Style:
Military architecture
Architect:
n/a
Past and Present Ownership of the Building/Site:

This is a World War II military fortification facility, built as an underground fortress consisting of a system of underground tunnels and planned bunkers that were not completed. Construction began in the mid-1930s. Their construction was slowed down after April 1941, and practically stopped with the capitulation of Italy, so that work did not go beyond the completion of underground excavations and their concreting, or being laid with bricks.

As of December 1939 , the "Circular 15000" created a detailed classification of fortifications, and according to the same, based on the known parameters, we can classify the fortification of Dorcici 1 among the large fortress ("Opera grossa") category. 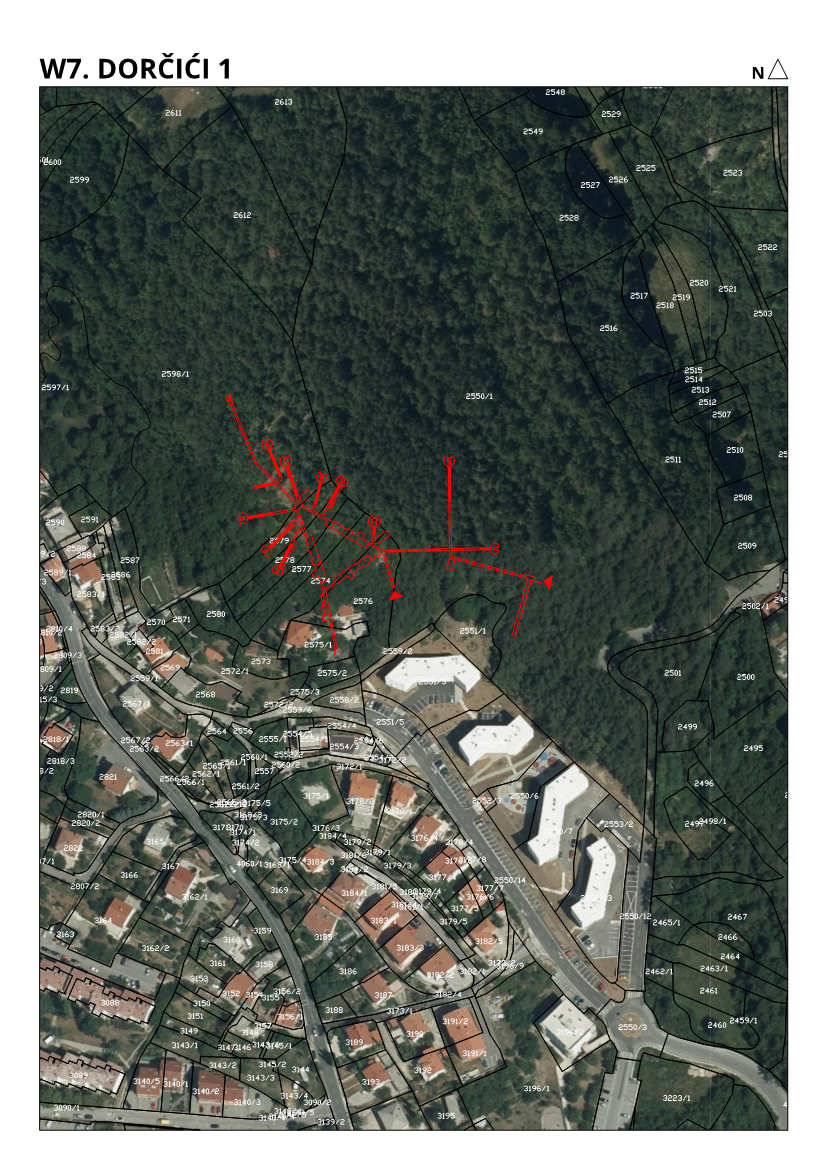 A good degree of conservation. All end branches that are partially covered with waste and construction materials are unfinished. Construction waste has also been thrown into the interior, so it is difficult to walk up some staircases. It has no status as cultural heritage. 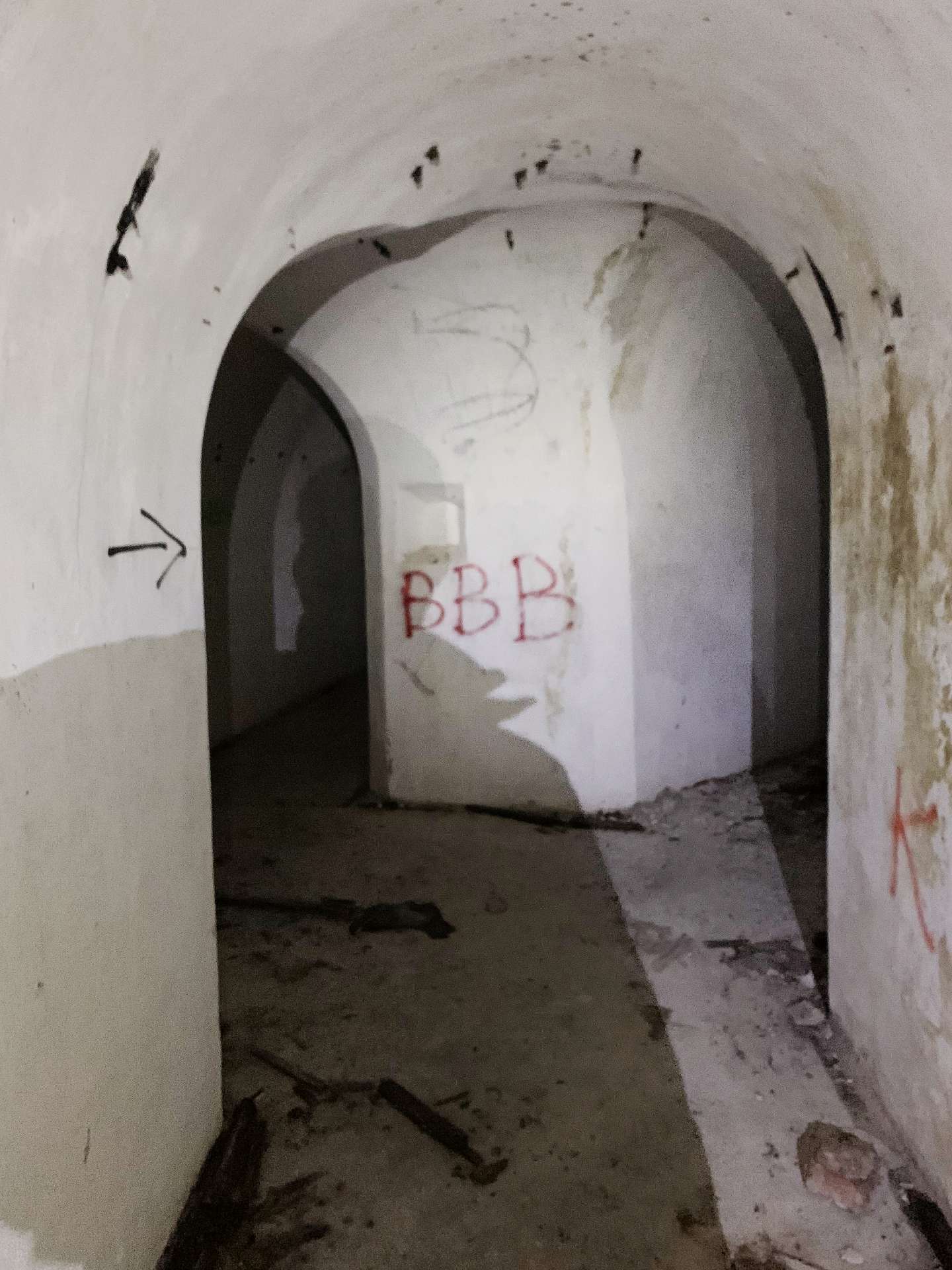 The underground part of the fortification, the tunnels, are completed while the above ground are not, nor is there access to all battle positions. In most locations where underground access is available, there are or have been steel doors, placed in more recent times to restrict access, however these doors are either broken or have been removed.

The interesting thing about this tunnel is that, like "Katarina B", it has a circular main tunnel. When seen from the plan view, the main tunnel is shaped like a triangle, with smaller tunnels leading to the surface branch out on all sides. The main tunnel has a developed length of approximately 130m, although taking this into account with all the side tunnels it is about 600 metres long.
Access to the tunnel is in the immediate vicinity of the newly built residential settlement of subsidised housing, so it is not surprising that there are traces of people staying inside, although a door is set at the entrance itself.
A novelty in the construction is the use of space below the staircase, which was probably used as ammunition storage. Compared to other fortifications, Dorčići has much more space for ammunition storage.

“The important and exposed position of this fortification required that all combat blocks should be deeply dug, that all machine guns be placed in steel domes, and that cannons be positioned behind thick steel shields. It can be assumed that a smaller fortification above the old cemetery would have been associated with this fortification. It is the degree of (in)completion here that helps us understand the way battle positions were constructed: after completing an excavation approximately 4 metres deep and 6 metres in diameter, concrete was poured to create the foundation of the steel dome (casemate). Two steel cylinders of a height of 1.57 or 1.05 metres were mounted on the finished foundation, connected by large screws, on which the final two elements of the armoured dome were to be mounted: which was a cylinder with an embrasure and a roof dome.

The space between such a steel structure and the end of the excavation had to be filled with concrete, and completed so that the embrasure was barely visible, since the concrete was covered with limestone, soil and grass for camouflage. Only one of the positions of this fortification was moved further from the concreting of the foundations, with two steel cylinders on top of each other, which look like an abstract monument in the midst of bushes and the surrounding karst." 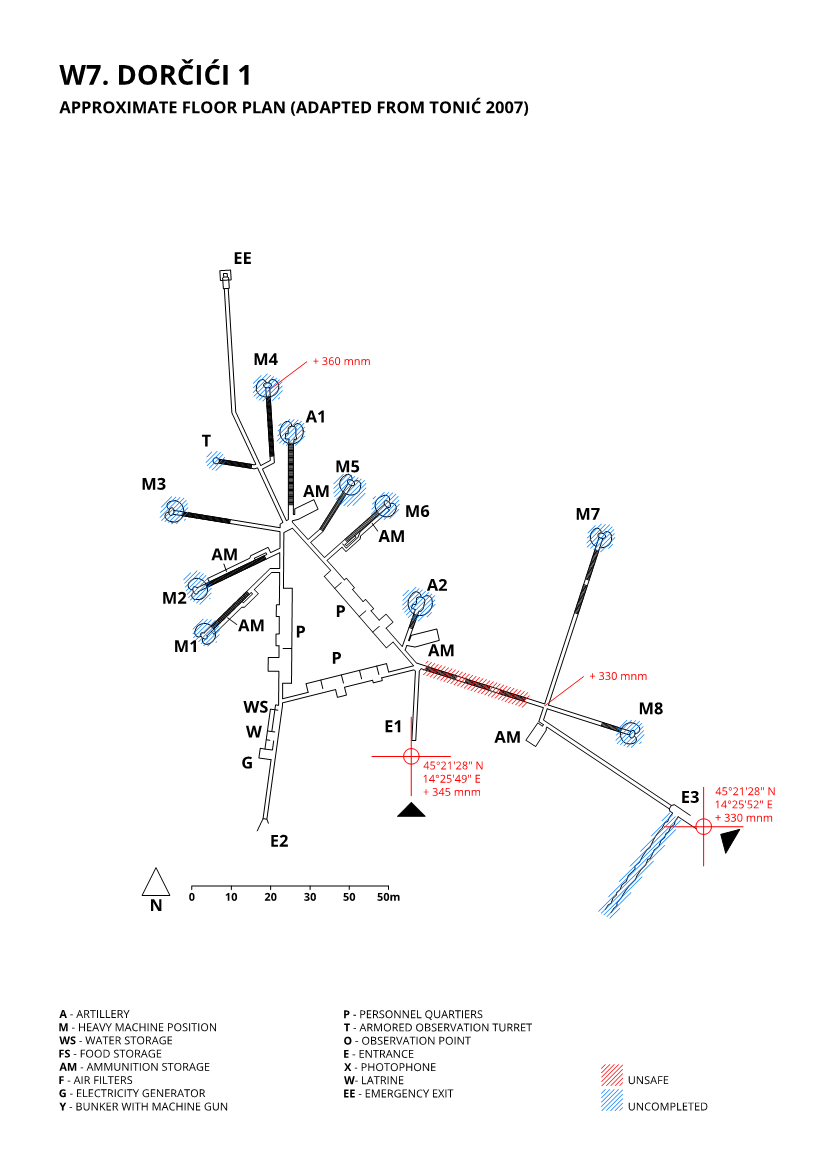 “In the climate of mistrust that prevailed among European countries in the 1930s, memories of the First World War slaughters were still fresh. The battles on the Italian-Austro-Hungarian front, on the Soča River and in the Julian Alps, could be compared with the fierceness and magnitude of the tragedy of hundreds of thousands of lives lost to those in the plains of France and Belgium. After the war, there was an opinion among military strategists that it was better to invest in strong defensive lines and concrete fortifications than to count on the masses of soldiers, "cannon fodder", as a guarantee of inviolability of borders and avoiding future bloodshed.
The construction of permanent fortifications on Italy's "Eastern Frontier" began shortly after Circular no. 200 was issued: both Croatian and Slovenian papers of that time mention the digging of "huge caverns" as early as in 1931-1932.
(…)
“On April 28, 1937 (valid retroactively since December 20, 1934), a decree was issued to found a special corps of the Italian army called "Guardia alla Frontiera" (Border Guard), in order to occupy the positions situated on a line known as “Vallo Alpino” (Alpine wall). This corps was territorially divided into so-called. sectors, totalling 27, from which the first was located on the border with France on the Cote d'Azur, to the twenty-seventh, which was the city of Rijeka itself.” 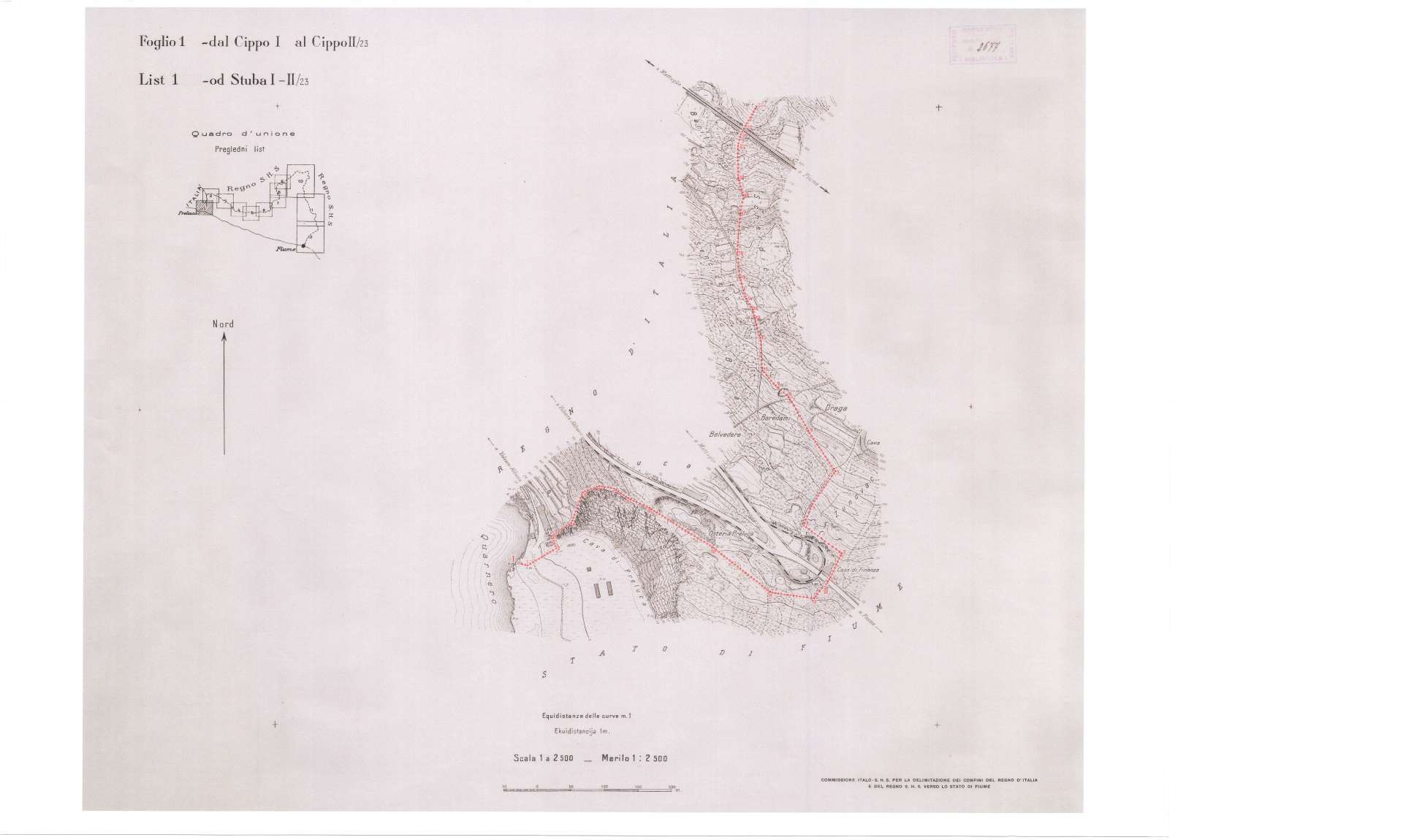 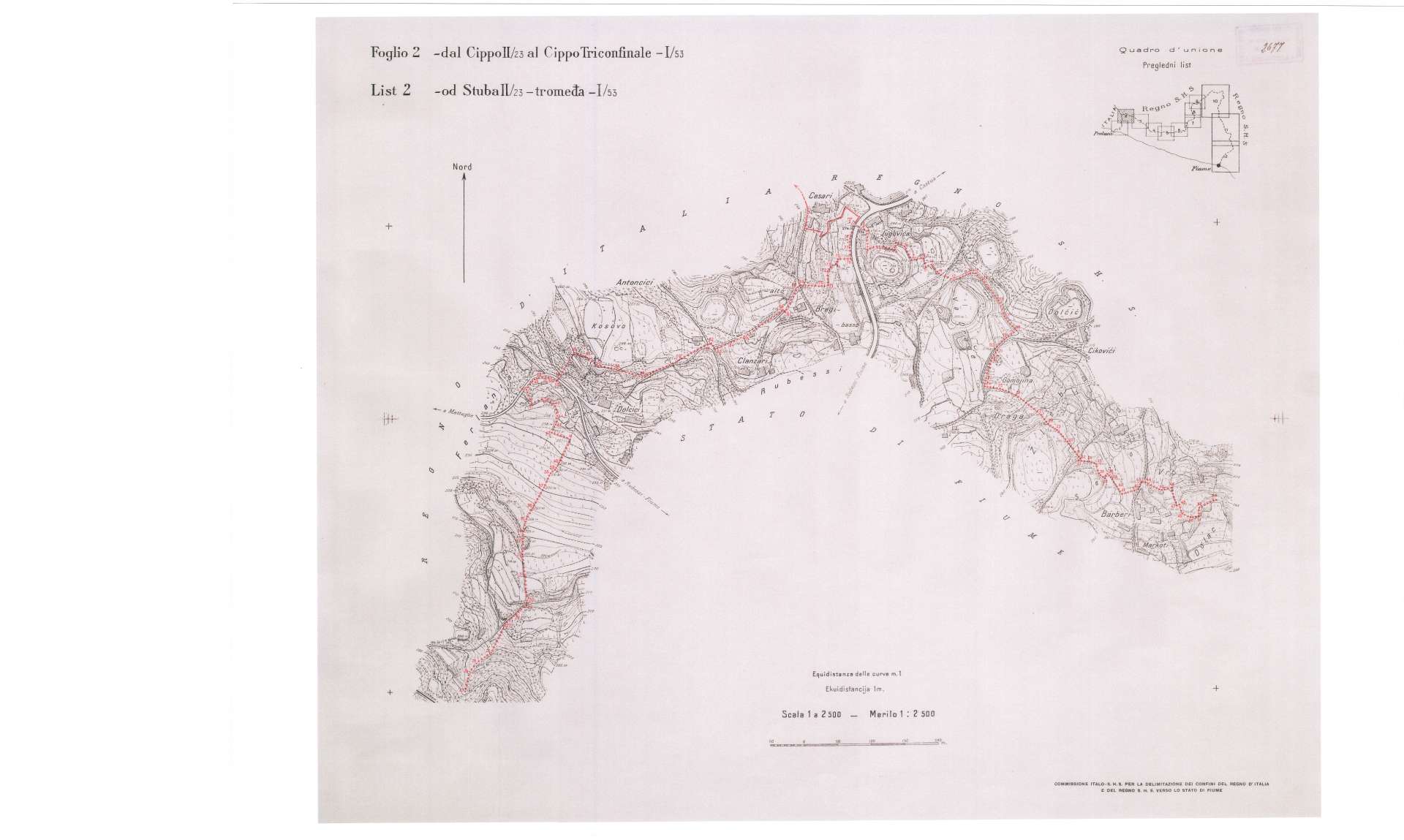 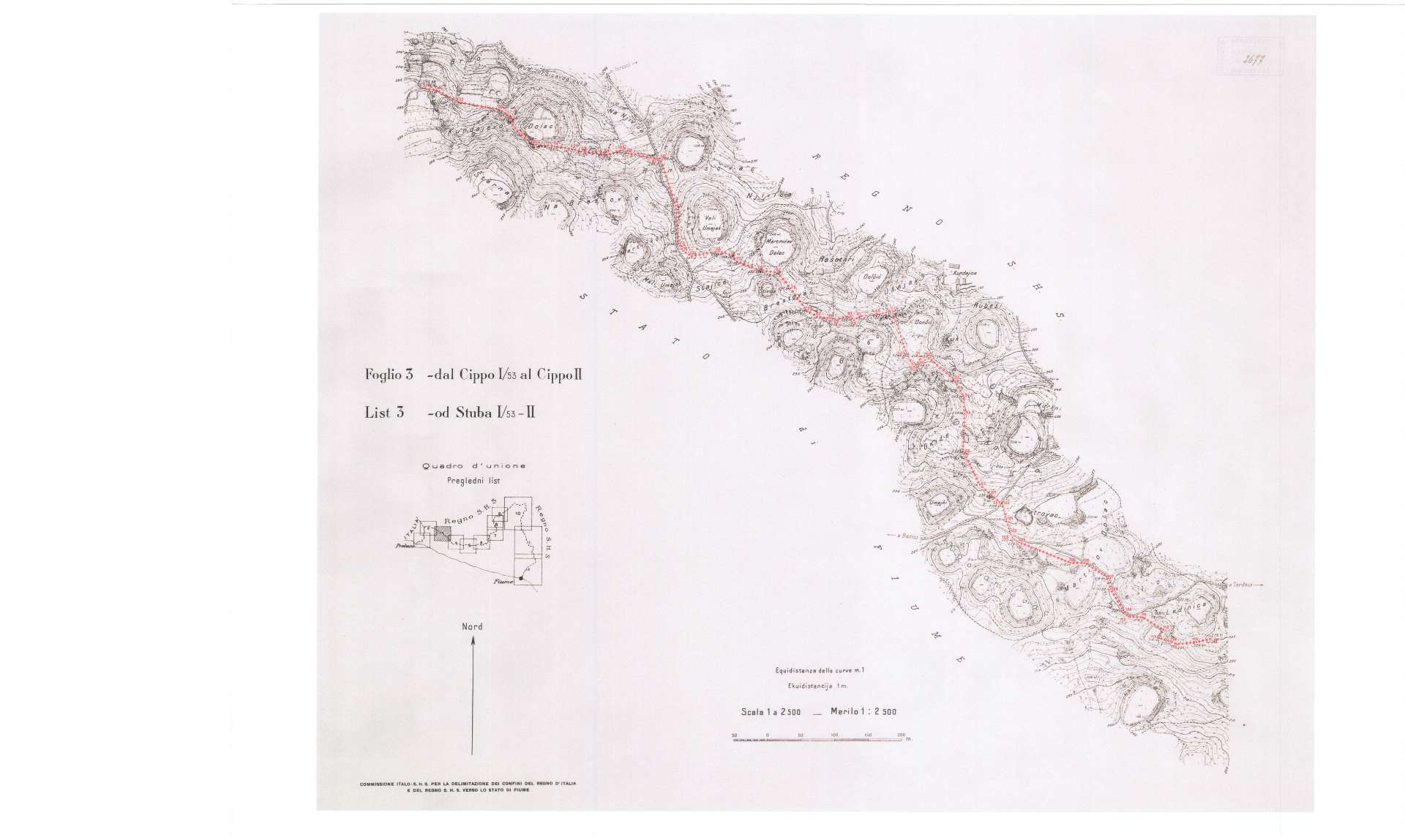 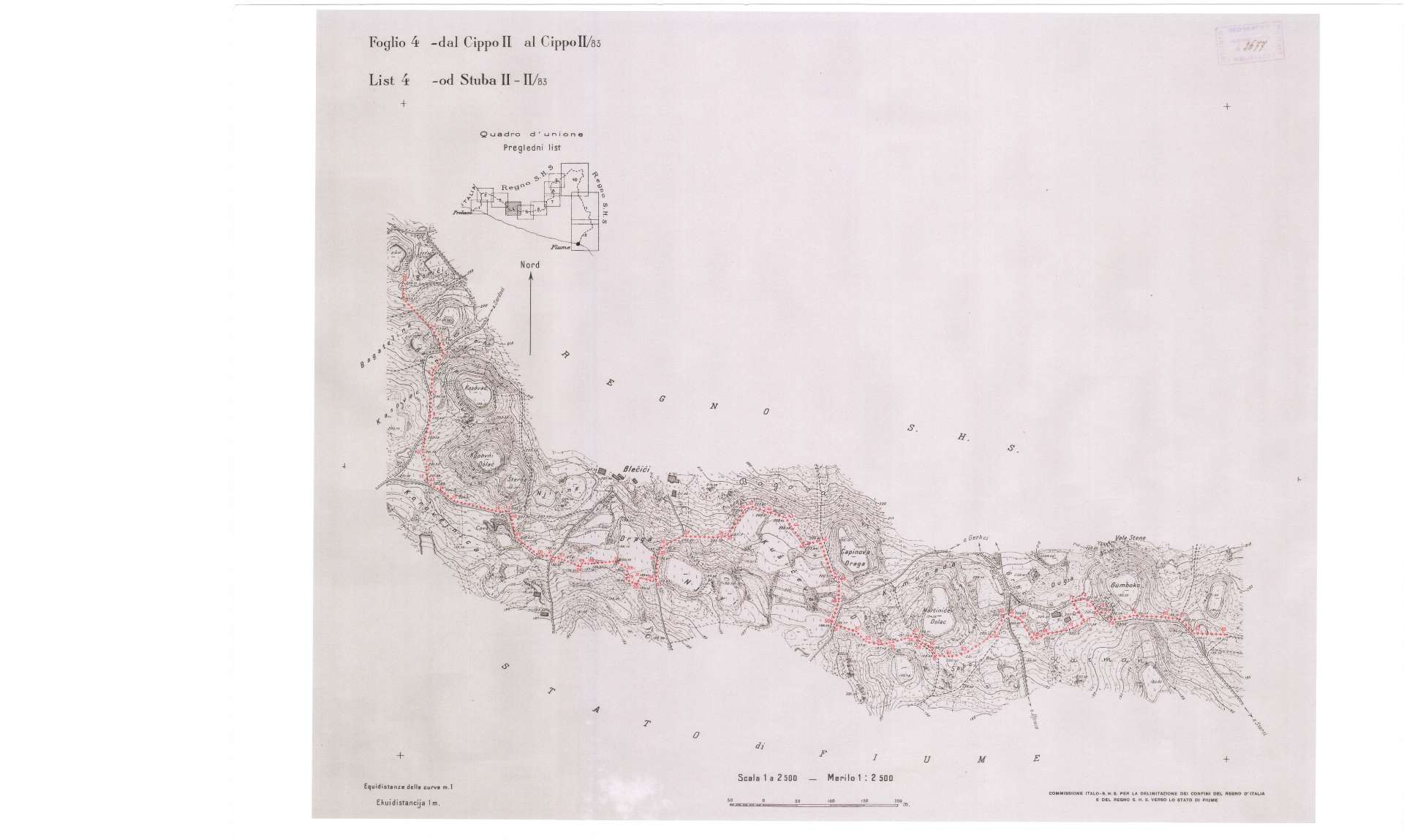 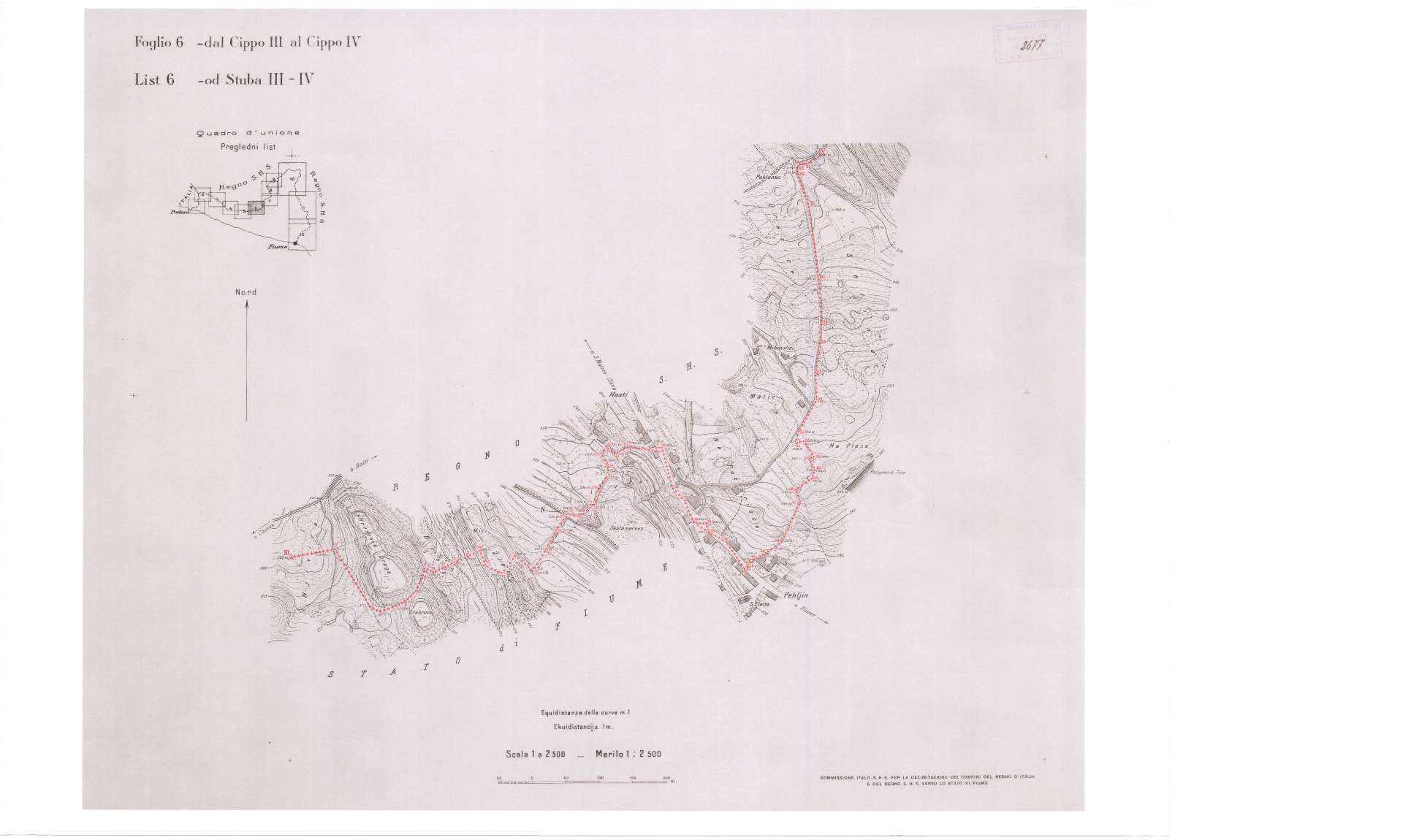 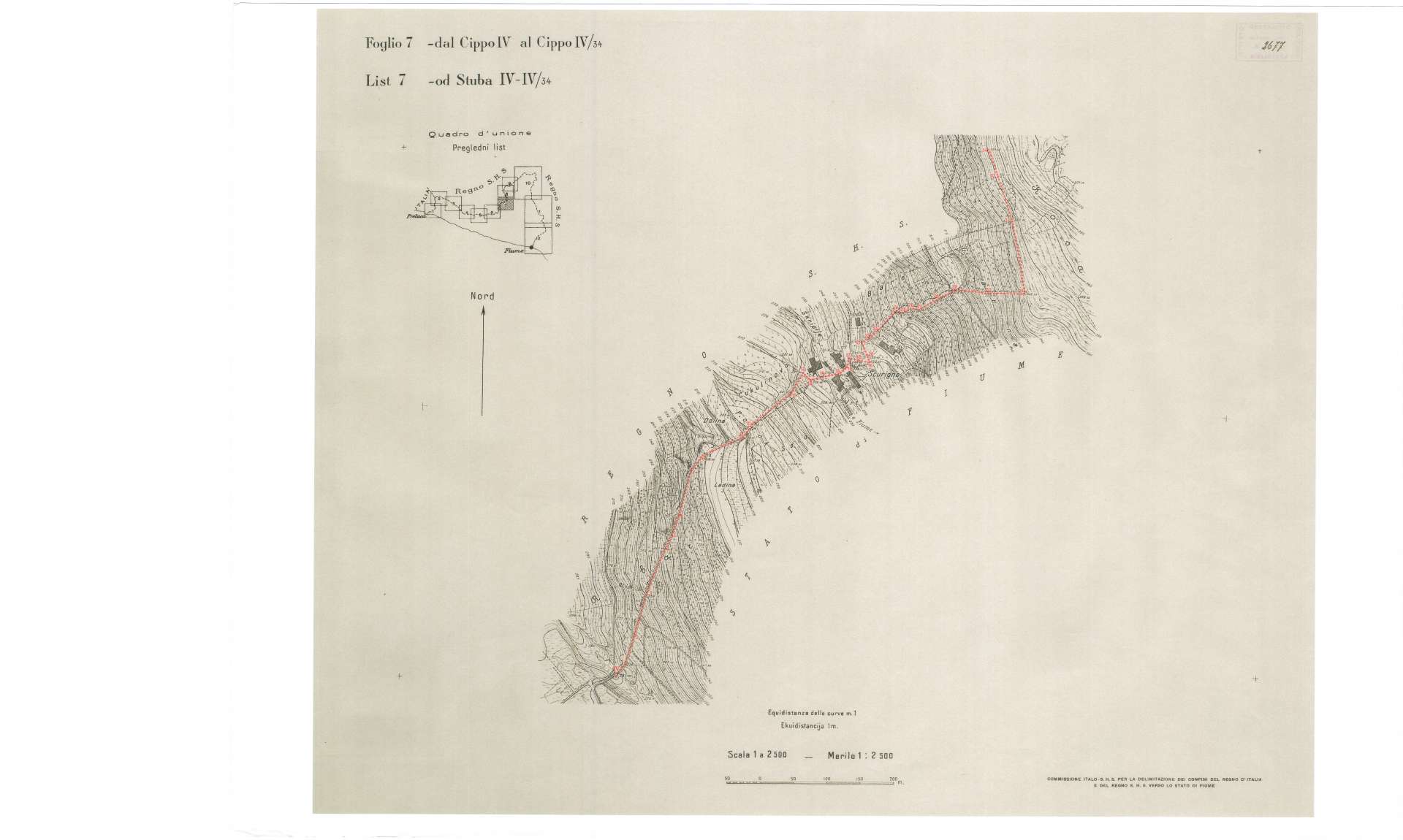 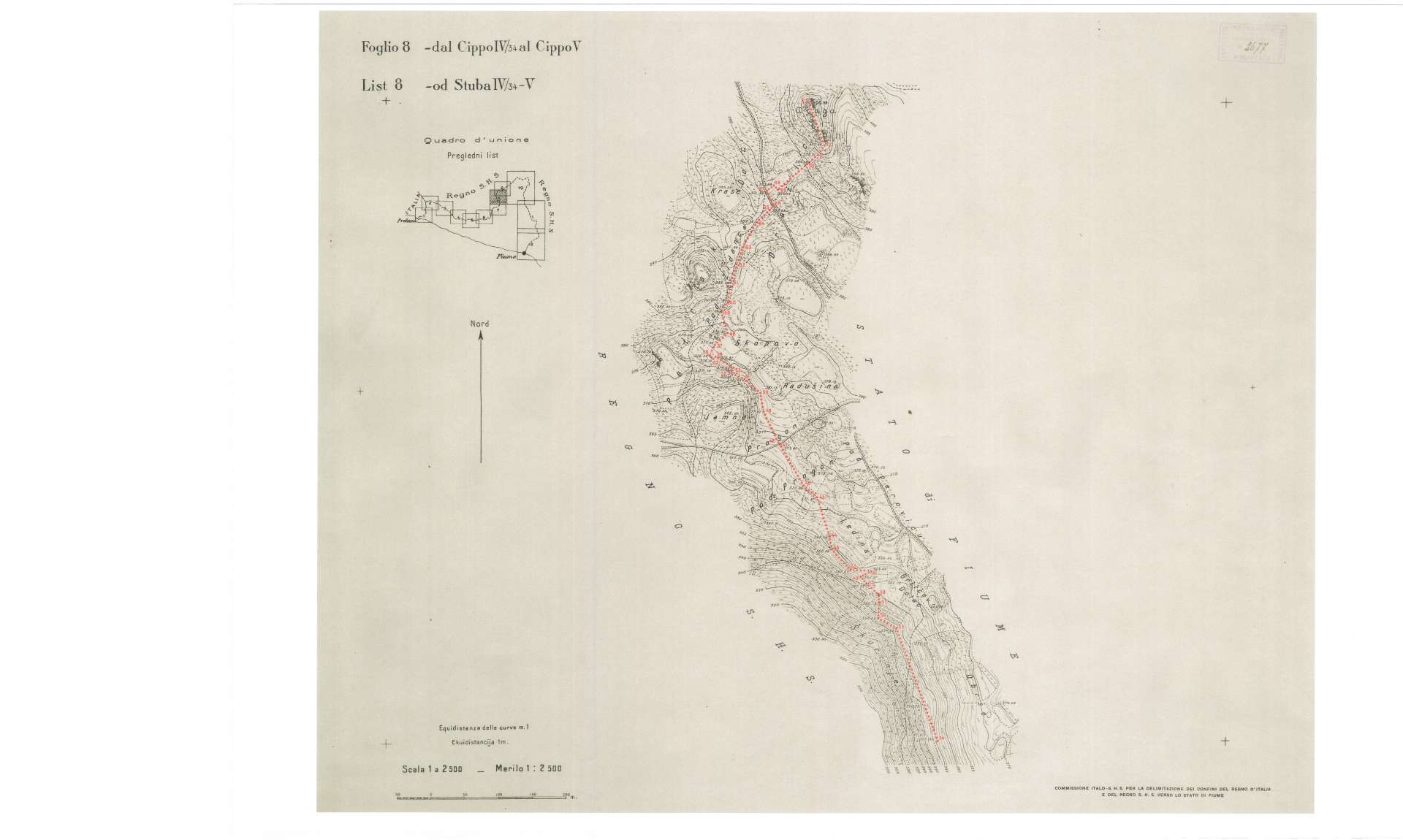 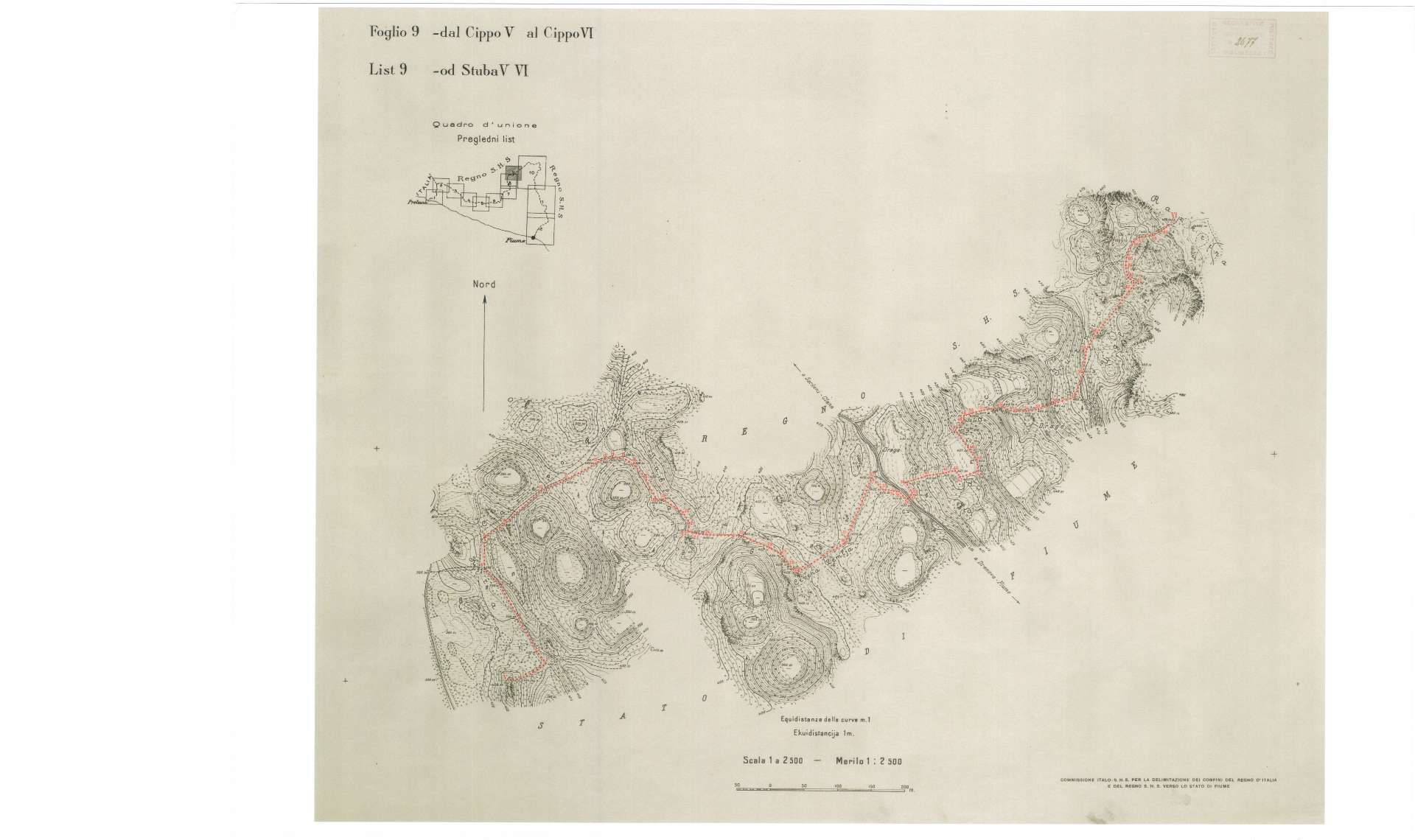 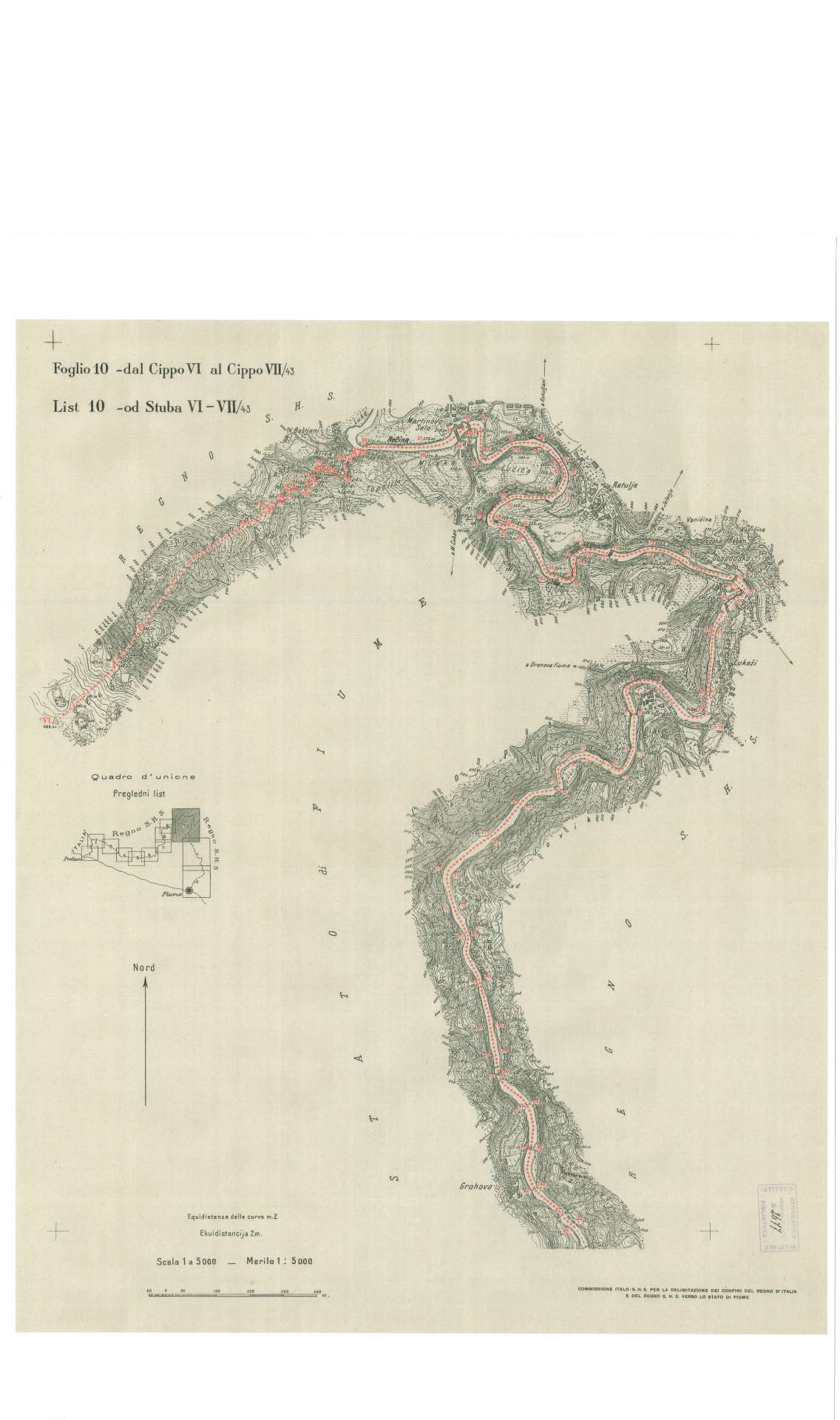 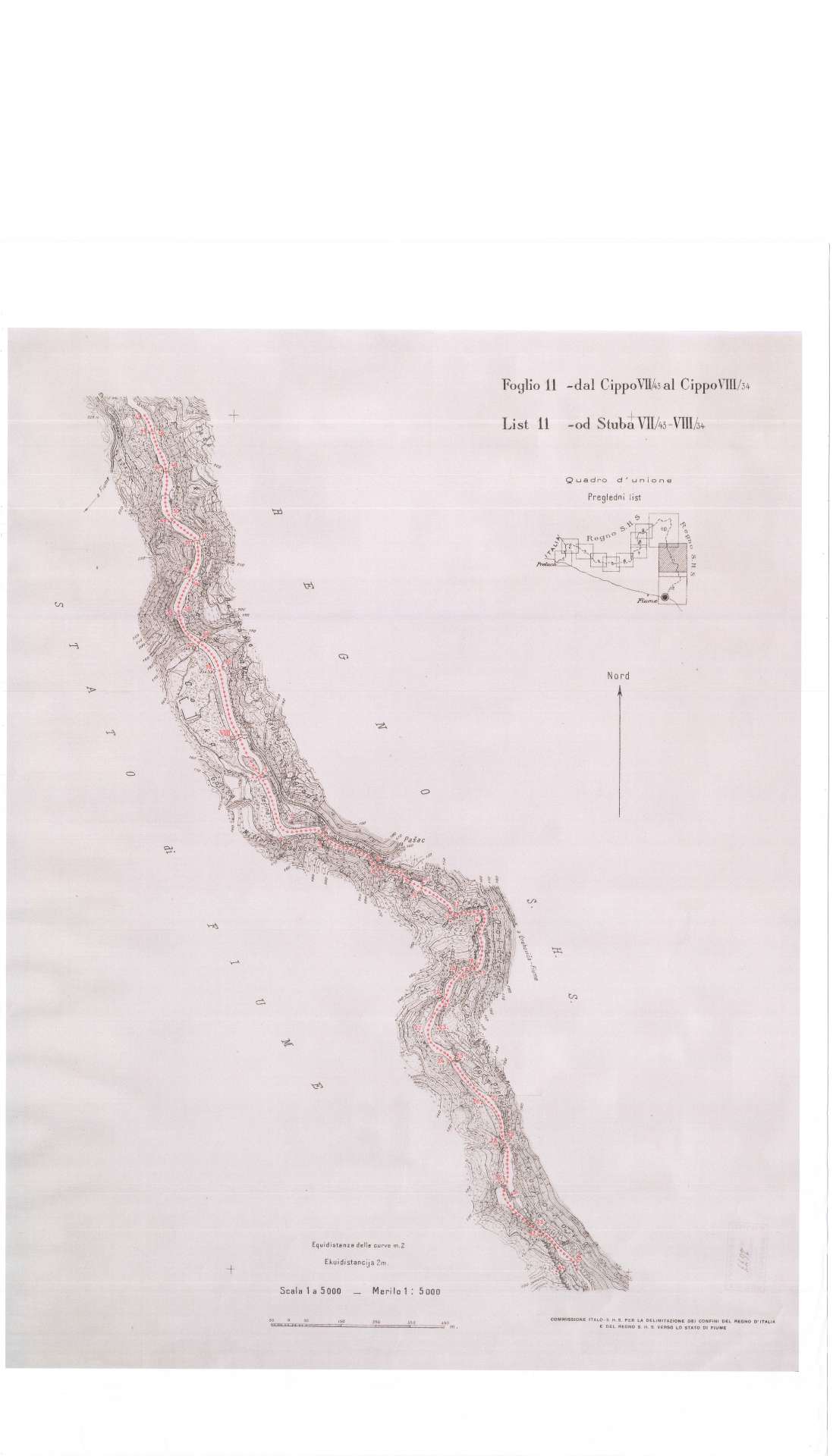 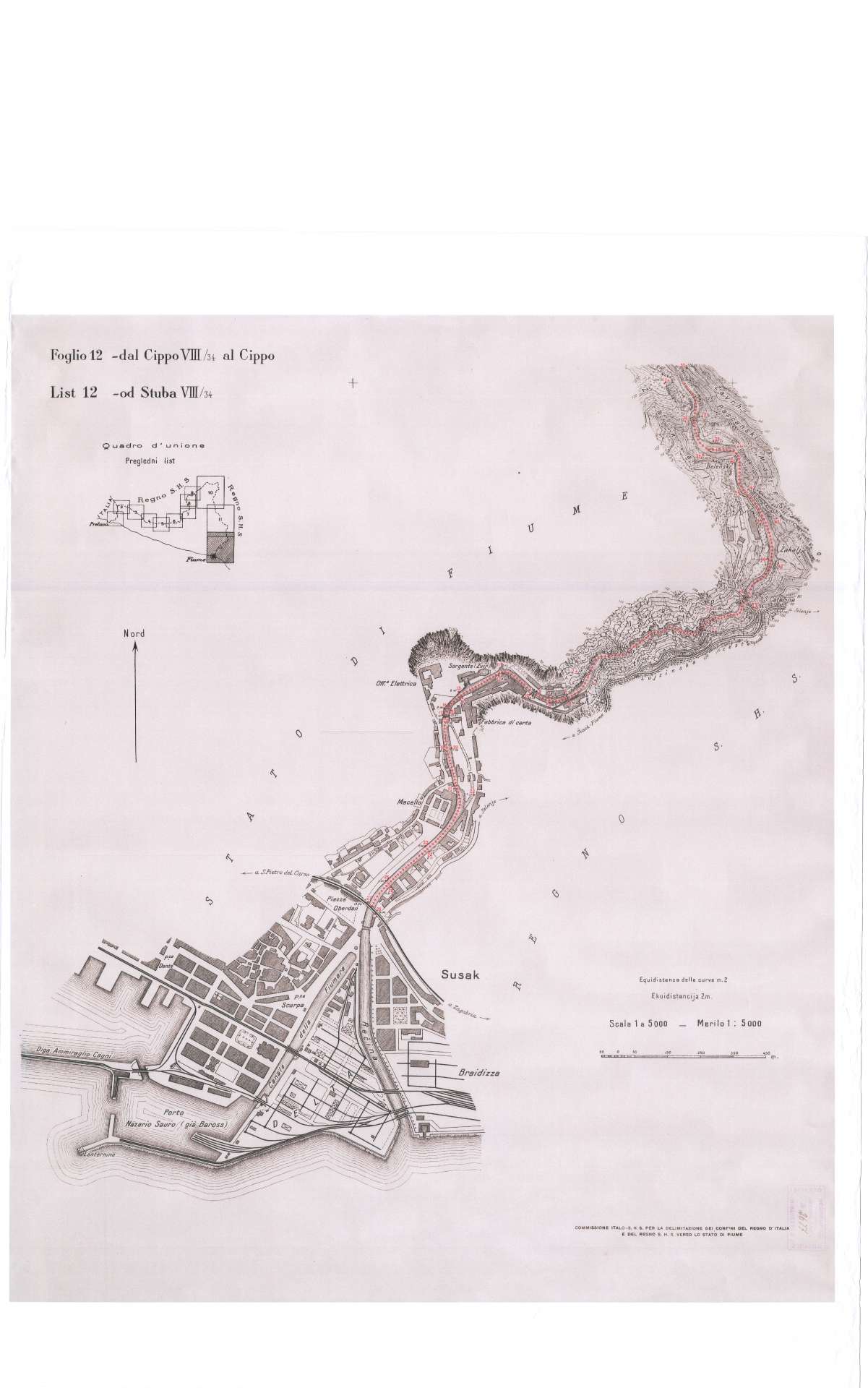 This site has both a historic and architectural value, and is important for the local community, given that the border at the time passed here. Stories of crossing the border, smuggling low-value goods and reselling them for survival, and coexistence with soldiers are documented in a series of interviews with locals, as documented through the “Nonićeva tiramola” program at the Heritage Museum of Drenova. 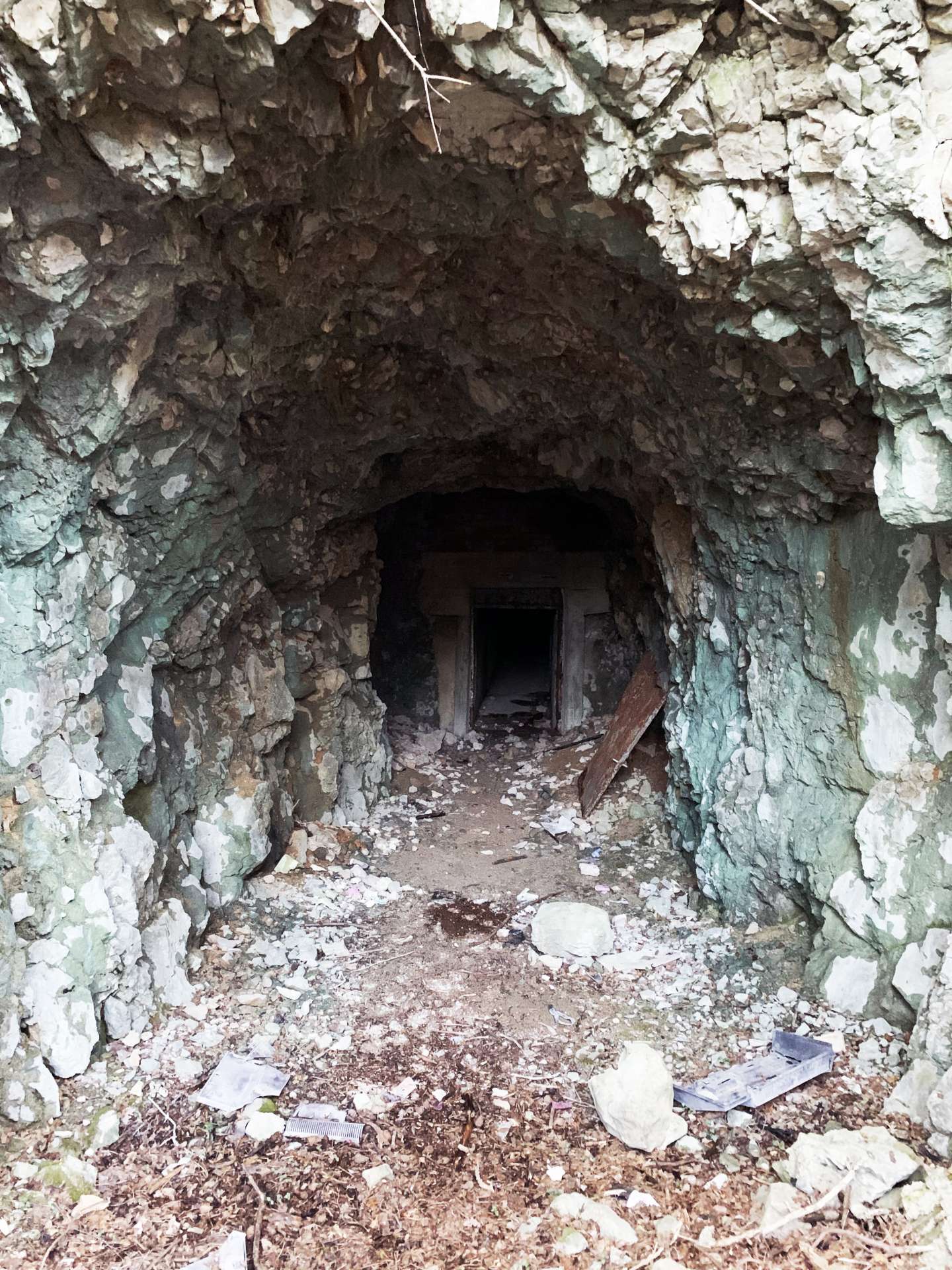 With the construction of several residential buildings of subsidised housing in the early 21st century, the built-up part of the settlement significantly approached the Dorčići 1 fortification. This is probably one of the reasons why there are traces of human habitation in them, from glasses and cans to various inscriptions on the walls. Although it is directly adjacent to the buildings, the Dorčići still enjoys a wild, woodland feel that we can imagine by watching old films. 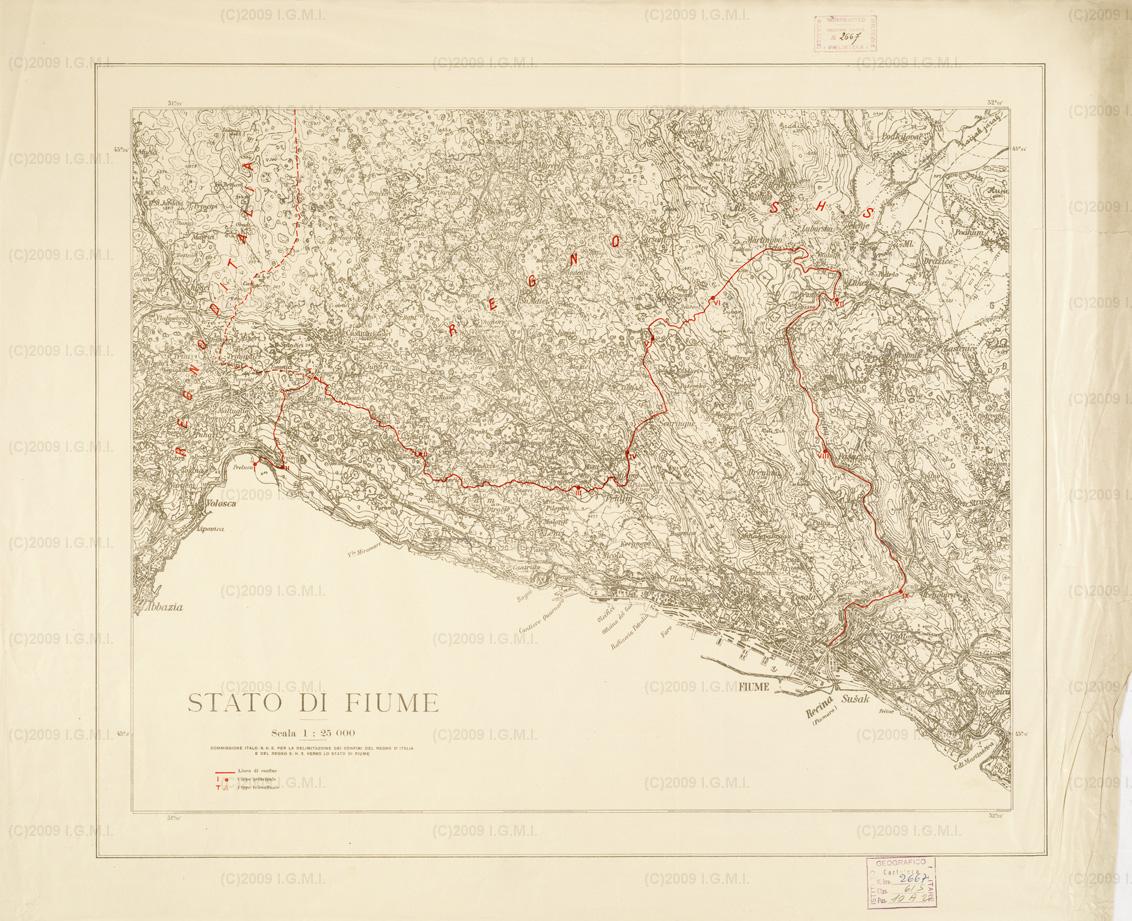 Although situated in the forest, on the outskirts of the settlement, the subjective impression in the underground is quite creepy. The location of this tunnel is interesting because it was located on the border. Considering the space of activity, the concept of presentation of this fortification might be guided by the Drenova Homeland Museum with the aim of enriching its program with in situ tours and exhibitions. 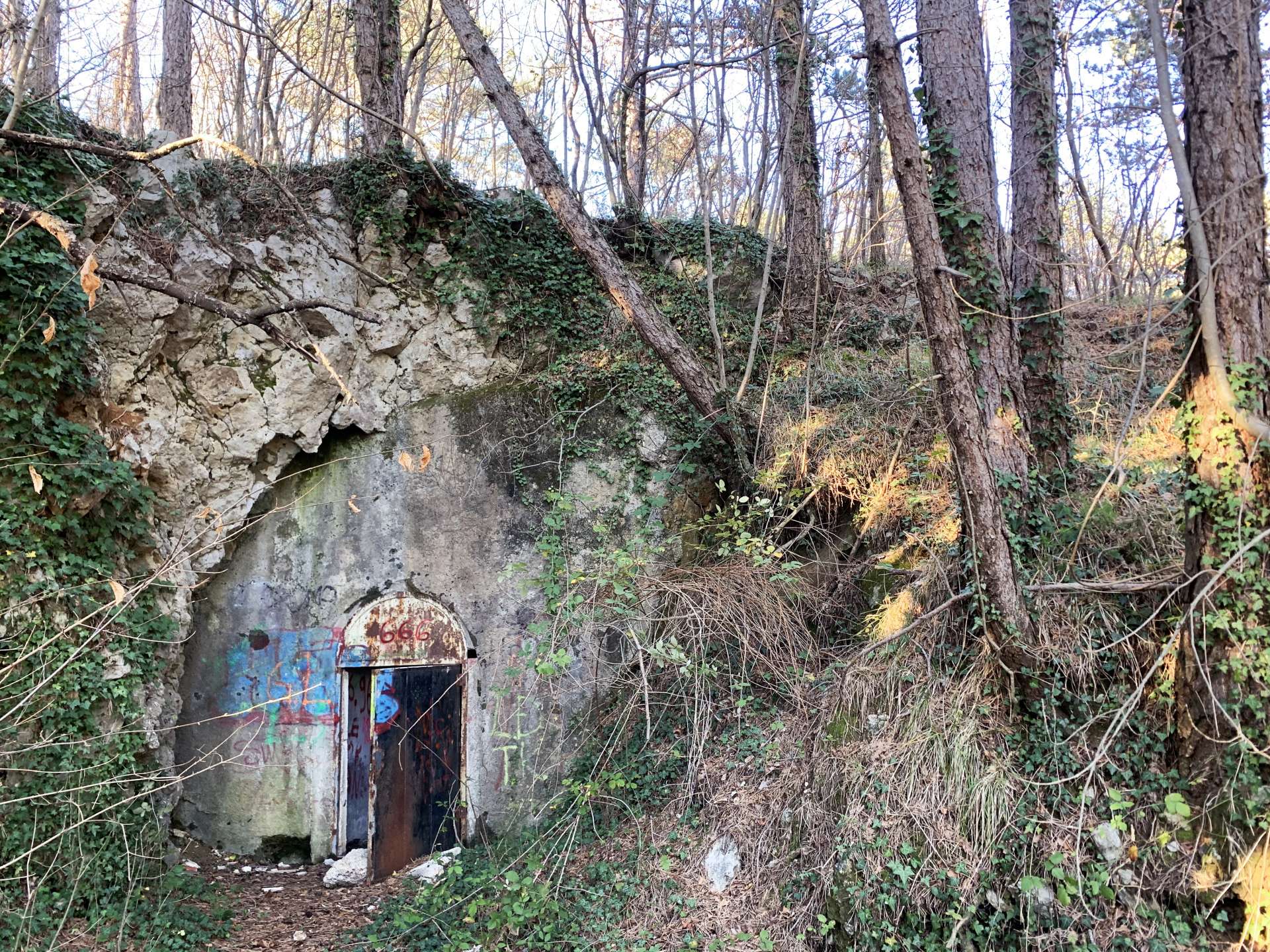 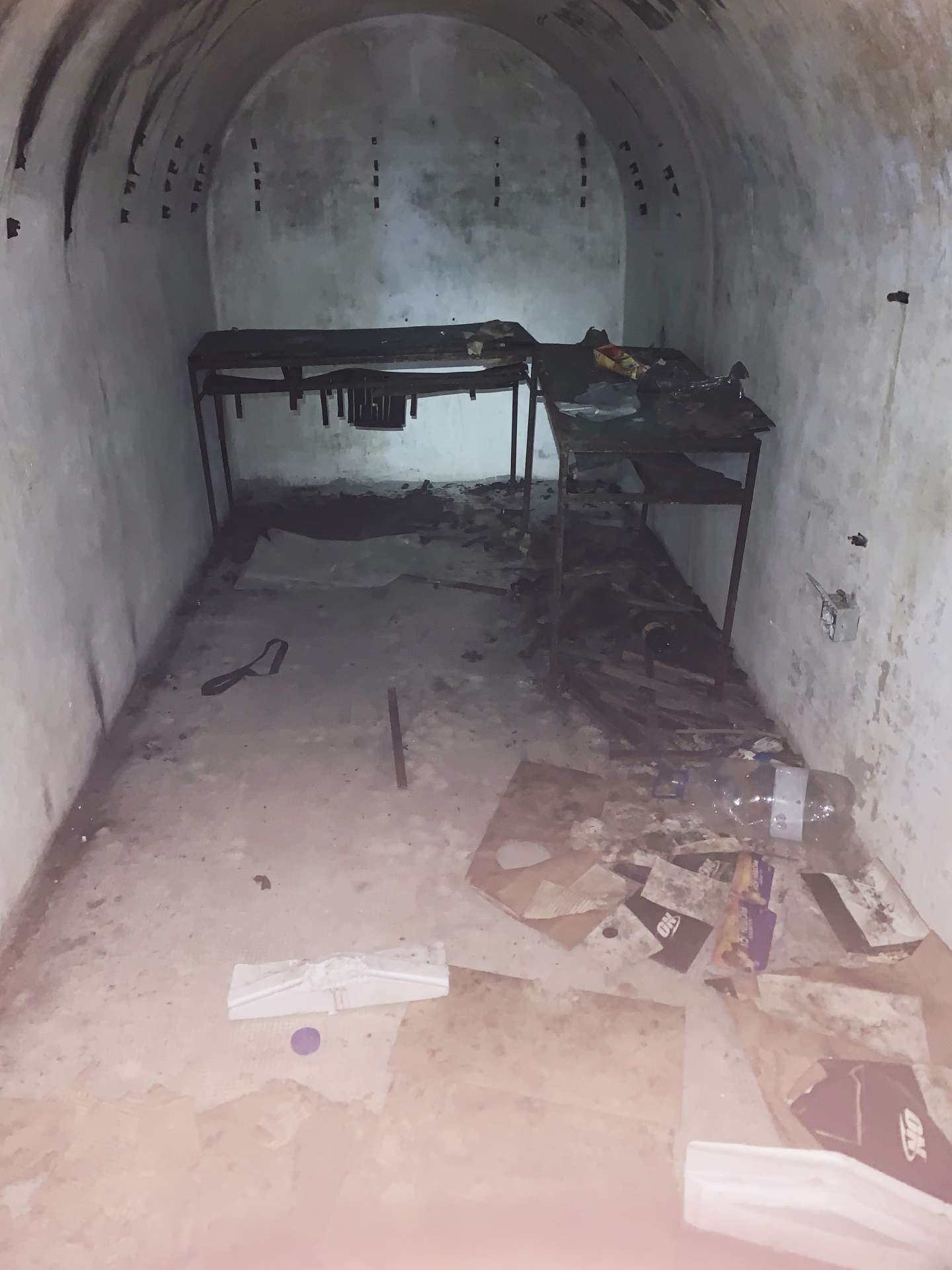 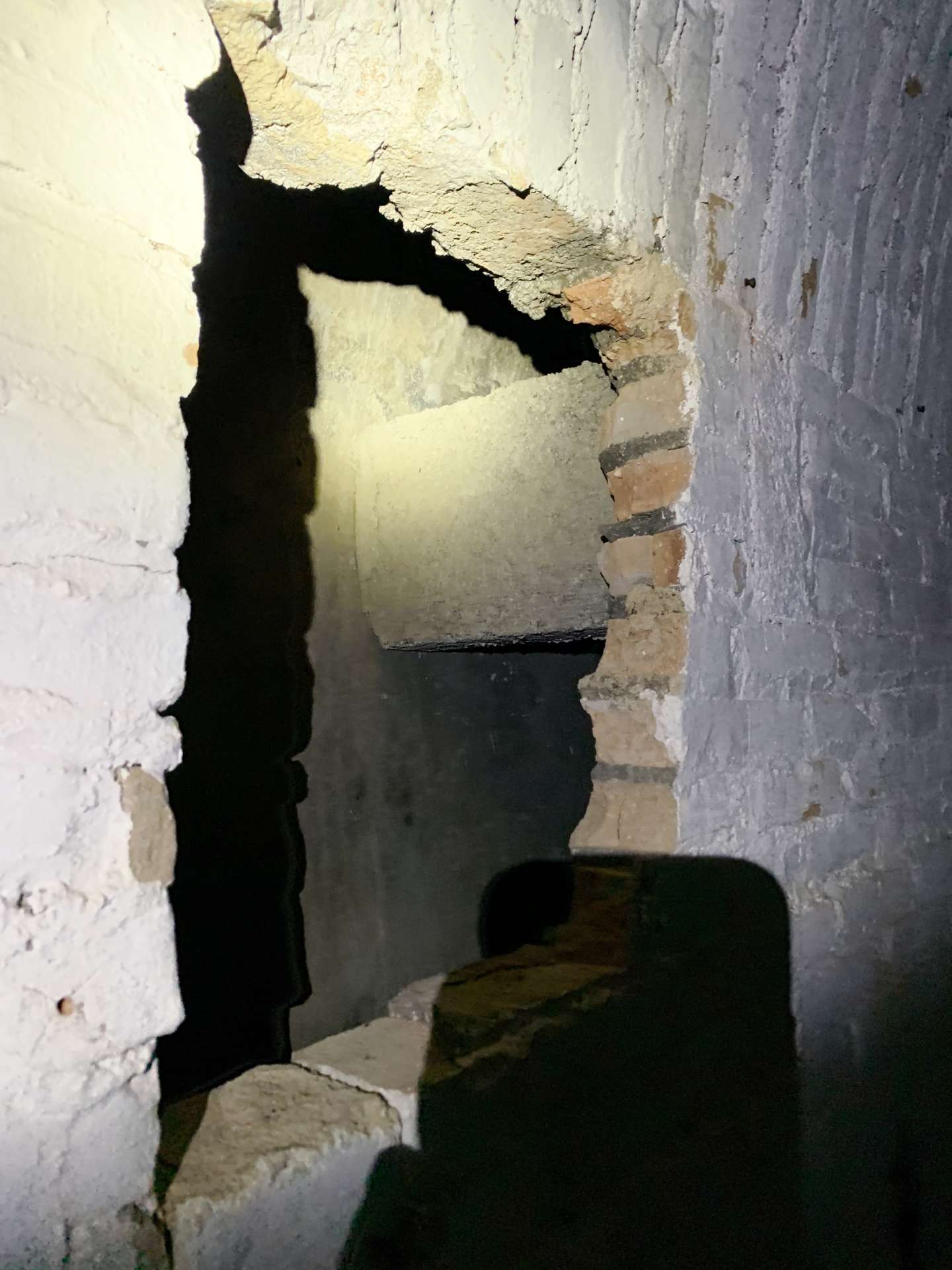 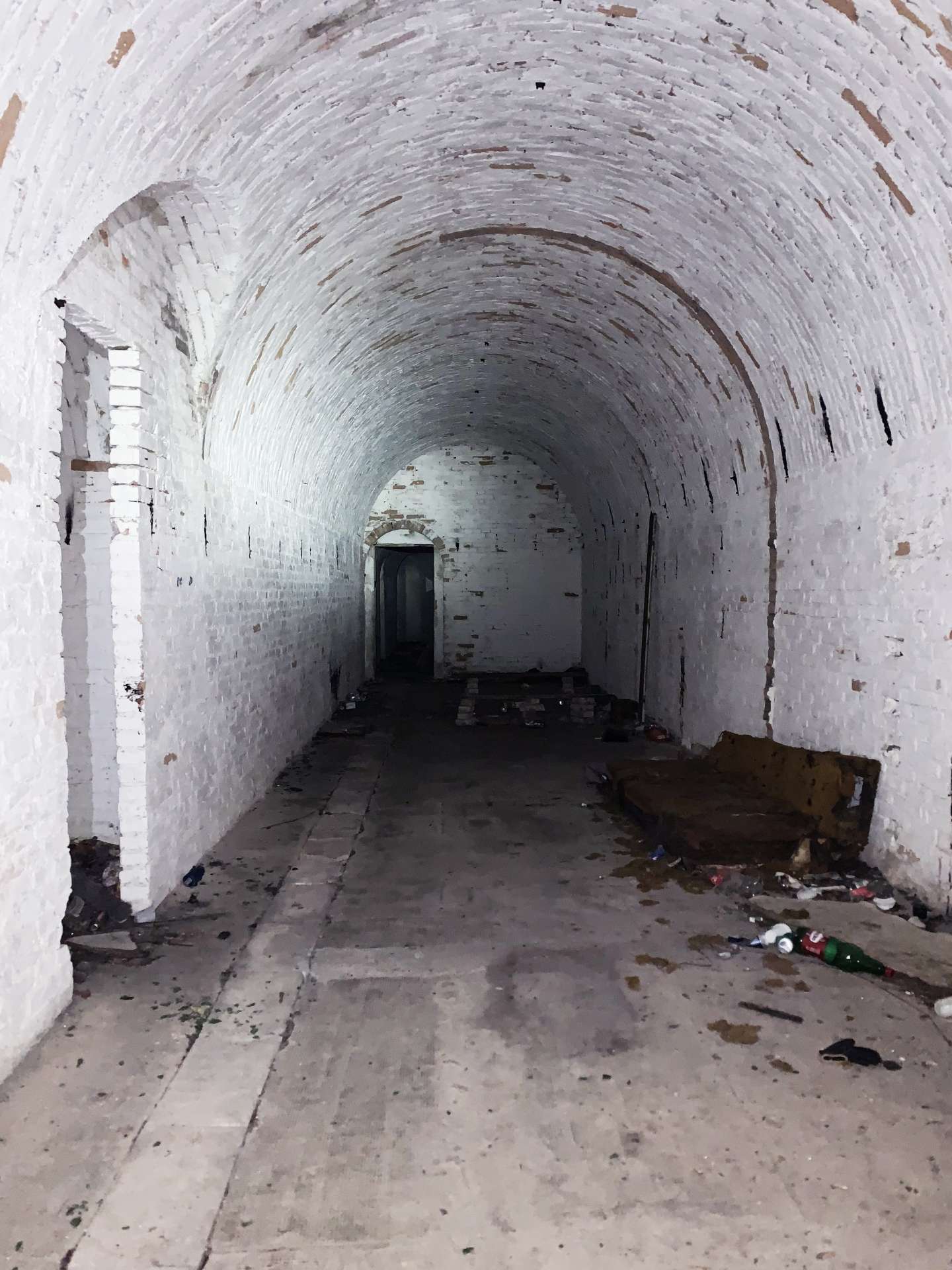 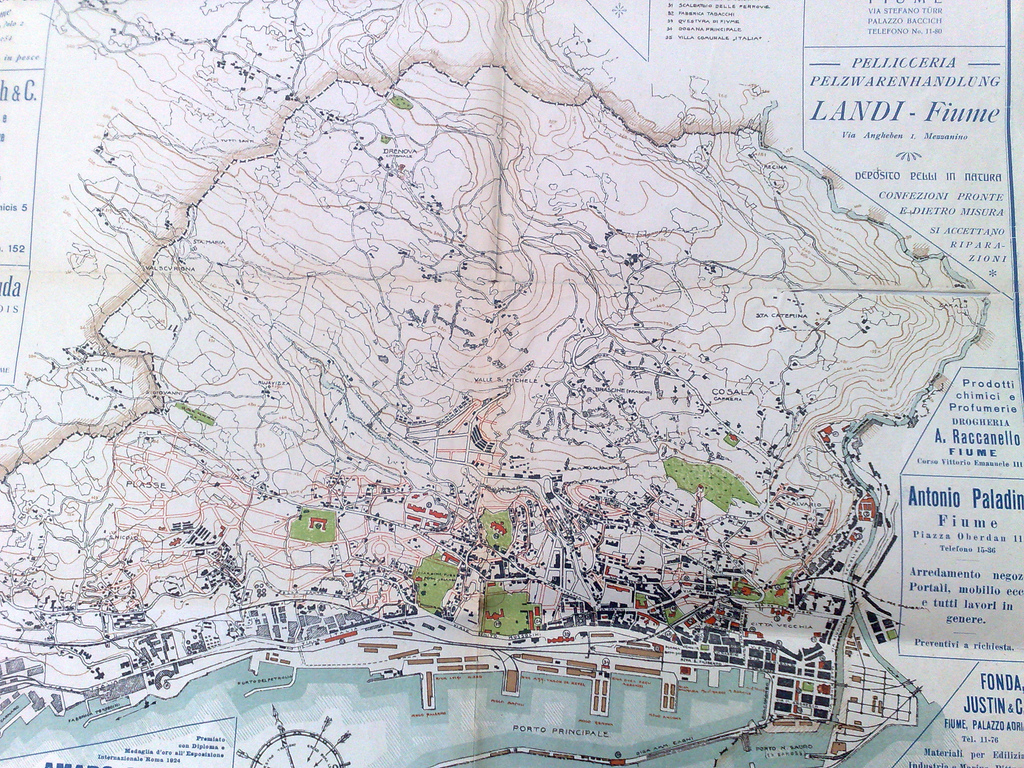