A hill above the Rječina River canyon, Rijeka, Primorje-Gorski Kotar County, Croatia
Back to the list Back to the map
Typology:
Fortification
Year of build:
1931-1941
Original name:
Fortification Drenova
Style:
Military architecture
Architect:
n/a
Past and Present Ownership of the Building/Site:

World War II military fortification facility, built as an underground fortress consisting of a system of underground tunnels and planned bunkers that have not been built. Construction began probably before 1938, although the bunkers were never constructed, whilst the underground tunnels were almost completely built. Their construction was slowed down after April 1941, and practically stopped with the capitulation of Italy, so that work did not go beyond the completion of the underground excavations and concrete works, or erecting the brick layer. 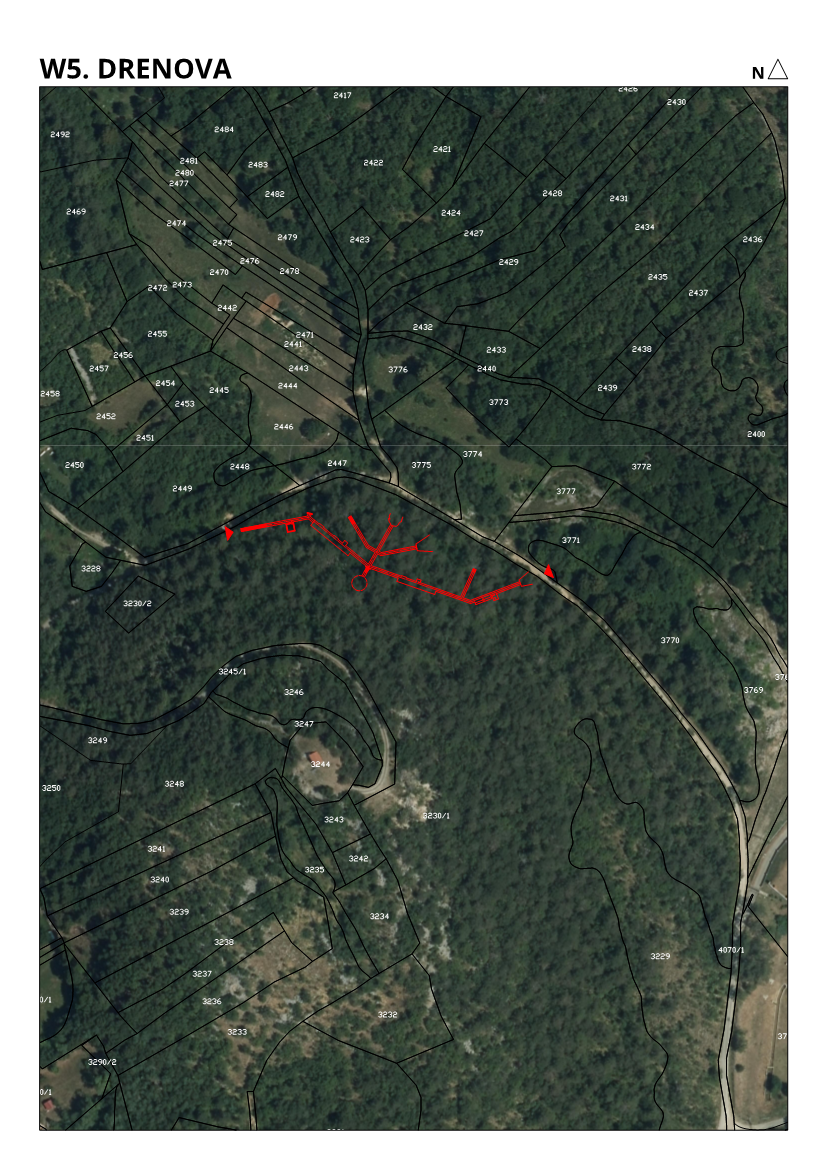 Medium degree of conservation. Incomplete. In one of the rooms with bricked walls and ceiling, the brick separation should be noted as it is only a matter of time before it will collapse. The exit is clogged with rubbish, and waste can also be found in the tunnels. Given the proximity of the settlement, it is assumed that this is a kind of youth playground. No status of cultural heritage. 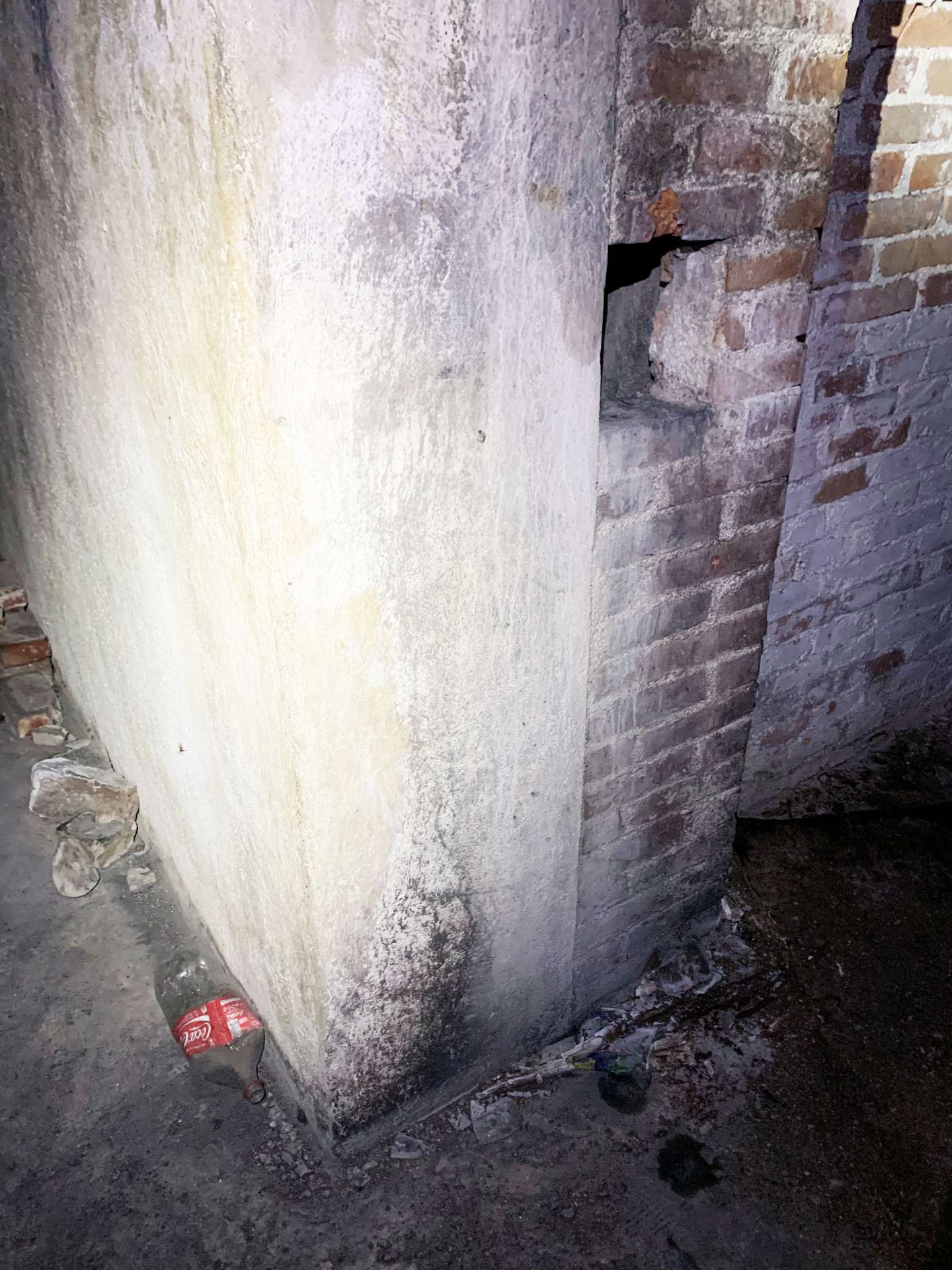 The underground part of the fortification is partially completed and has no significant architectural and design value compared to the others. What makes this tunnel specific and different from the others is the entrance area where the crew quarters are located, where instead of vertical partition walls, two concrete platforms (one above the other) exist, and it can be assumed that they were once used as beds.
The main tunnel is about 155 metres long, while the total length of the completed tunnels is about 240 m. 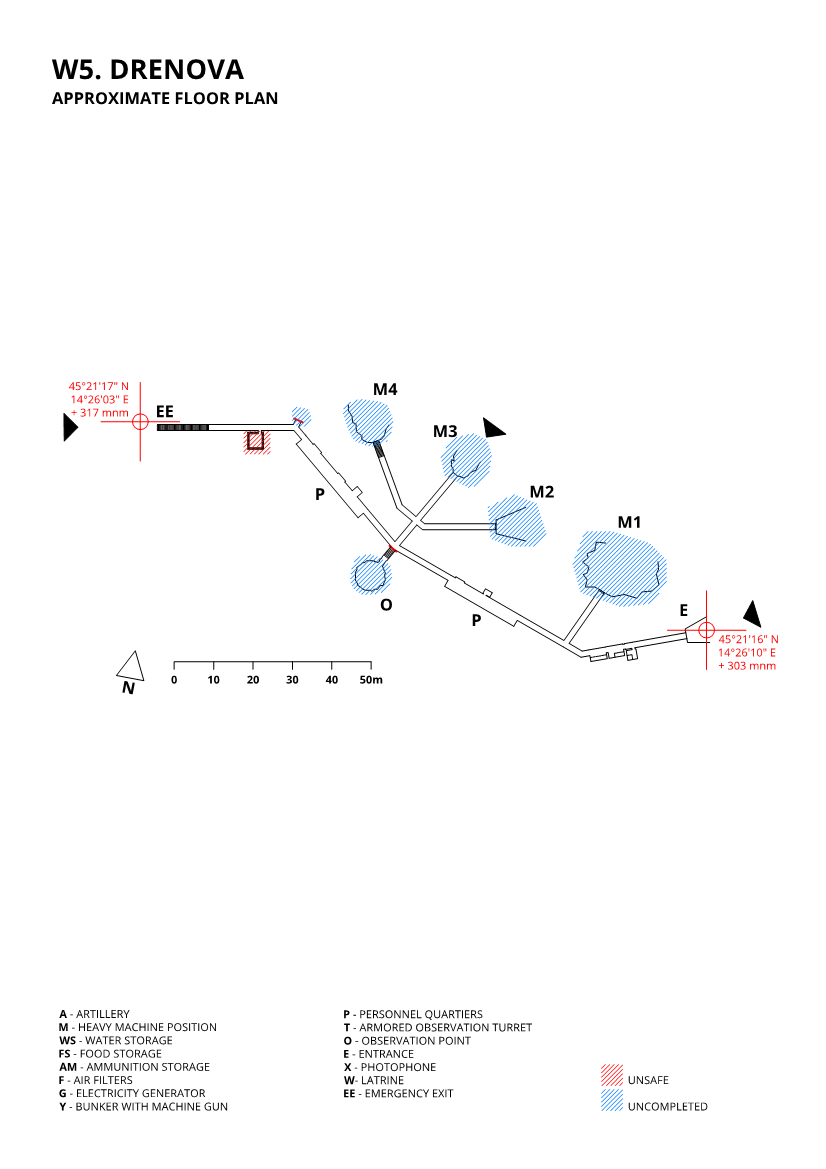 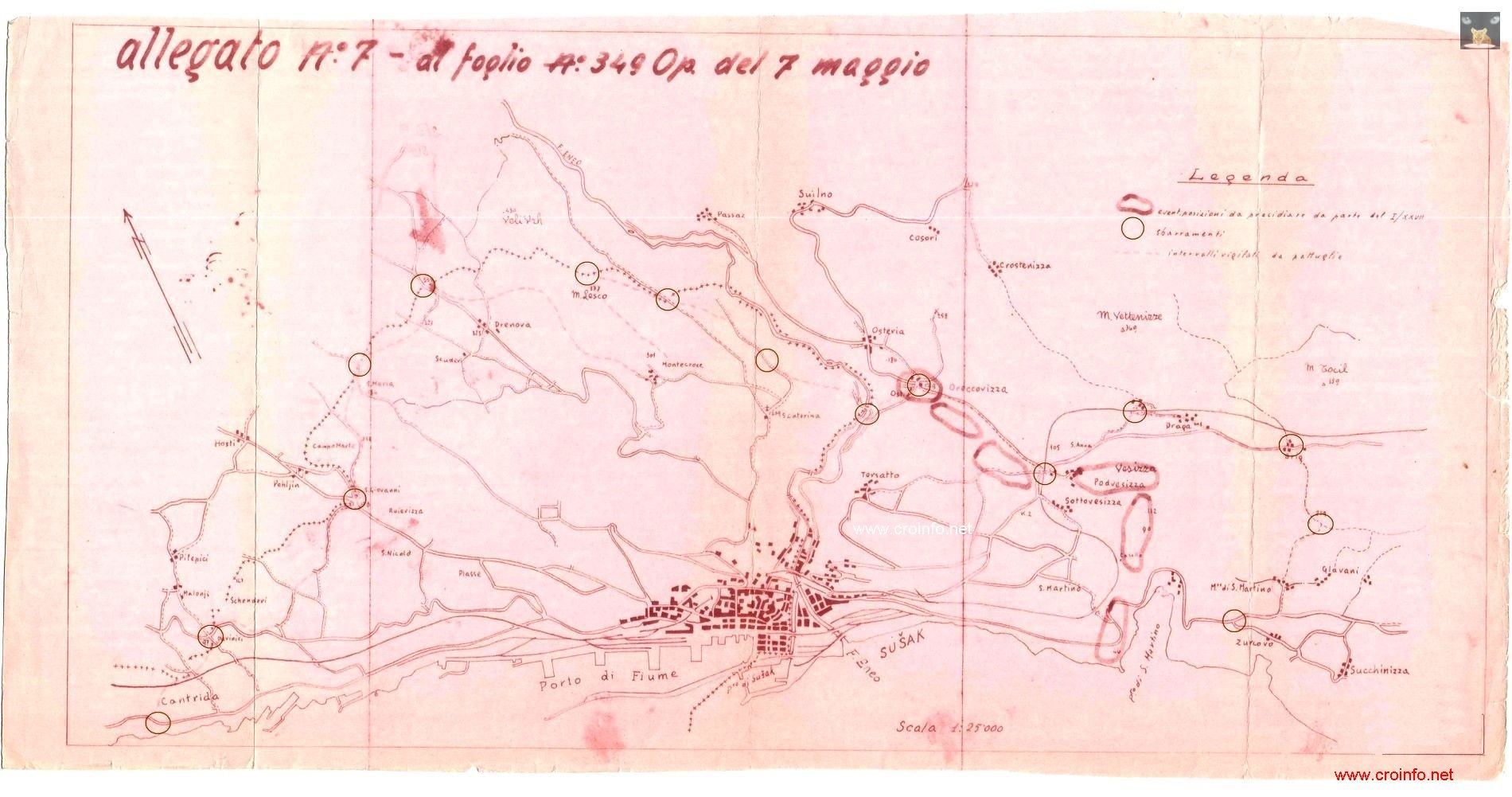 This site has both historical and architectural value. An interesting thing, which is evidently an anomaly is the square-shaped room before the exit/entrance itself. This room has been covered additionally with a layer of bricks in order to assure better thermal insulation. However, this layer is in poor condition and it is only a matter of time before it will collapse. 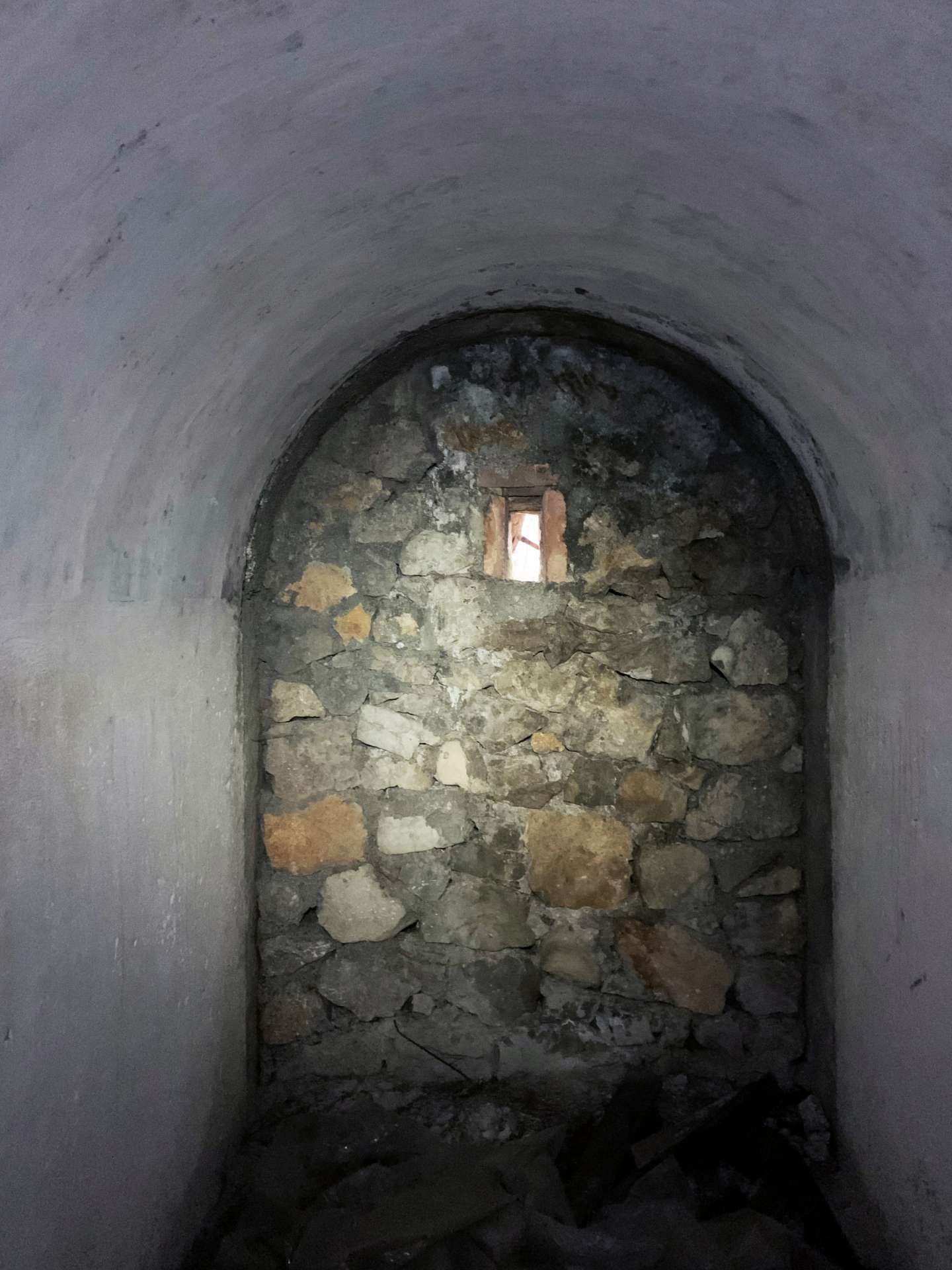 Very accessible entrances of the underground fortification can be found along the white road leading from the shooting range towards the populated part of the Drenova quarter. The entrances themselves and the way they are dug into the mountain give the promenade a special touch. The local people pass here during their daily walks and while walking their dogs, but probably few of them get close to the entrances or show interest for these bunkers. However, it can be assumed that youngsters from the nearby buildings come here. Following the construction of the buildings for apartments in the immediate vicinity, the number of walkers using the promenade probably increased. The gravel road can also be used by cars and represents the only access to the nearby water supply facility. 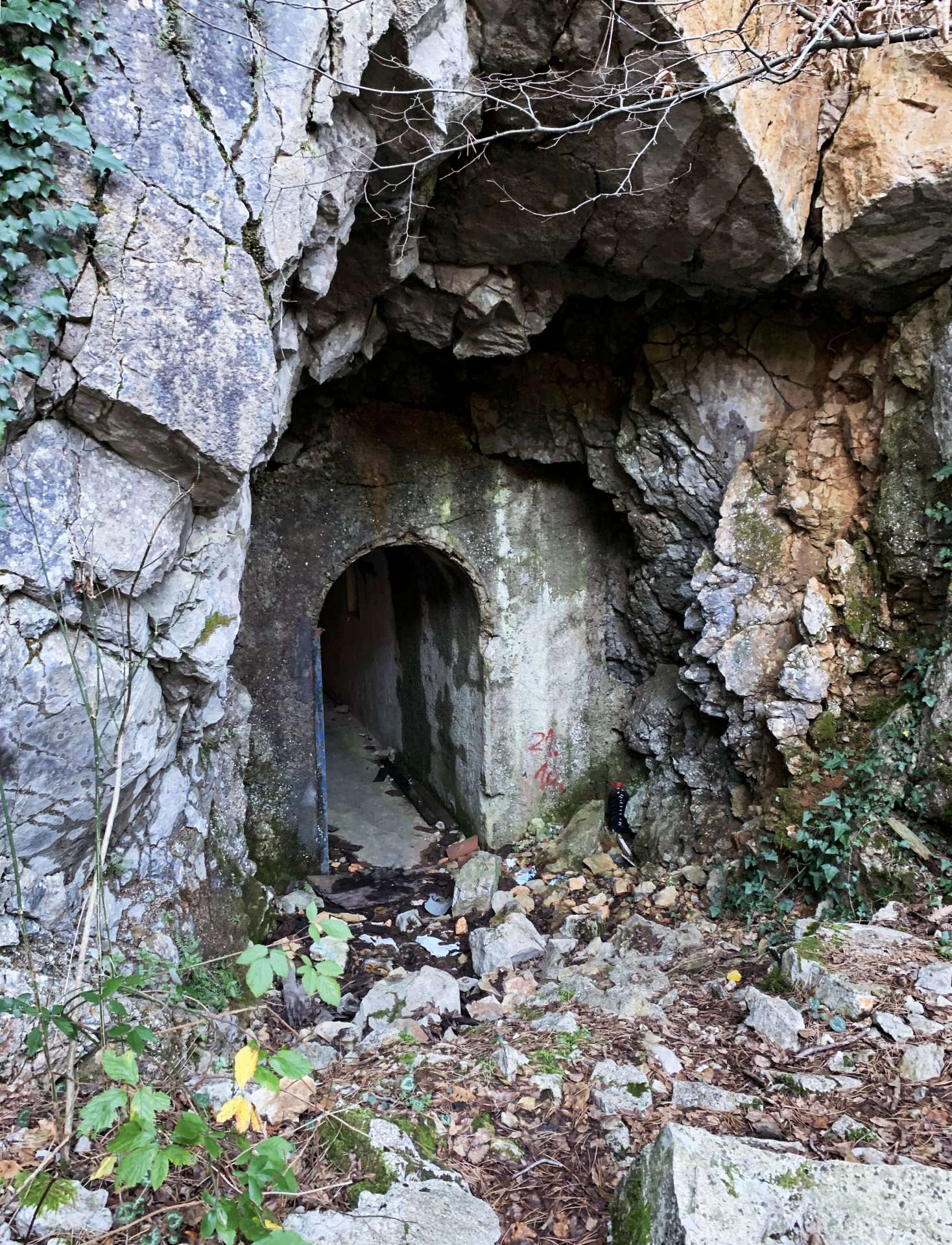 Although this is not the most representative tunnel, of note are the entrances, exits, embrasures, which are dug into the mountain and look almost fabulous next to the promenade used by the local inhabitants. Unfortunately, because of the amount of rubbish that is dumped into the tunnel staircase, a thorough cleaning will be needed first and then entrances should be closed. It would be interesting to place signs along the promenade in front of the “cavities” in the mountain. There are 6 such cavities along the promenade. It does not have to be anything sophisticated or pretentious, for example a lockable glass door (with safety glass) with engraved or printed border stories or similar (such as those boards from a museum collection) where the program would be imagined by the Drenova Homeland Museum. An unfinished observatory, which is presented as a 10-metre long hole with visible landslides, needs to be secured. 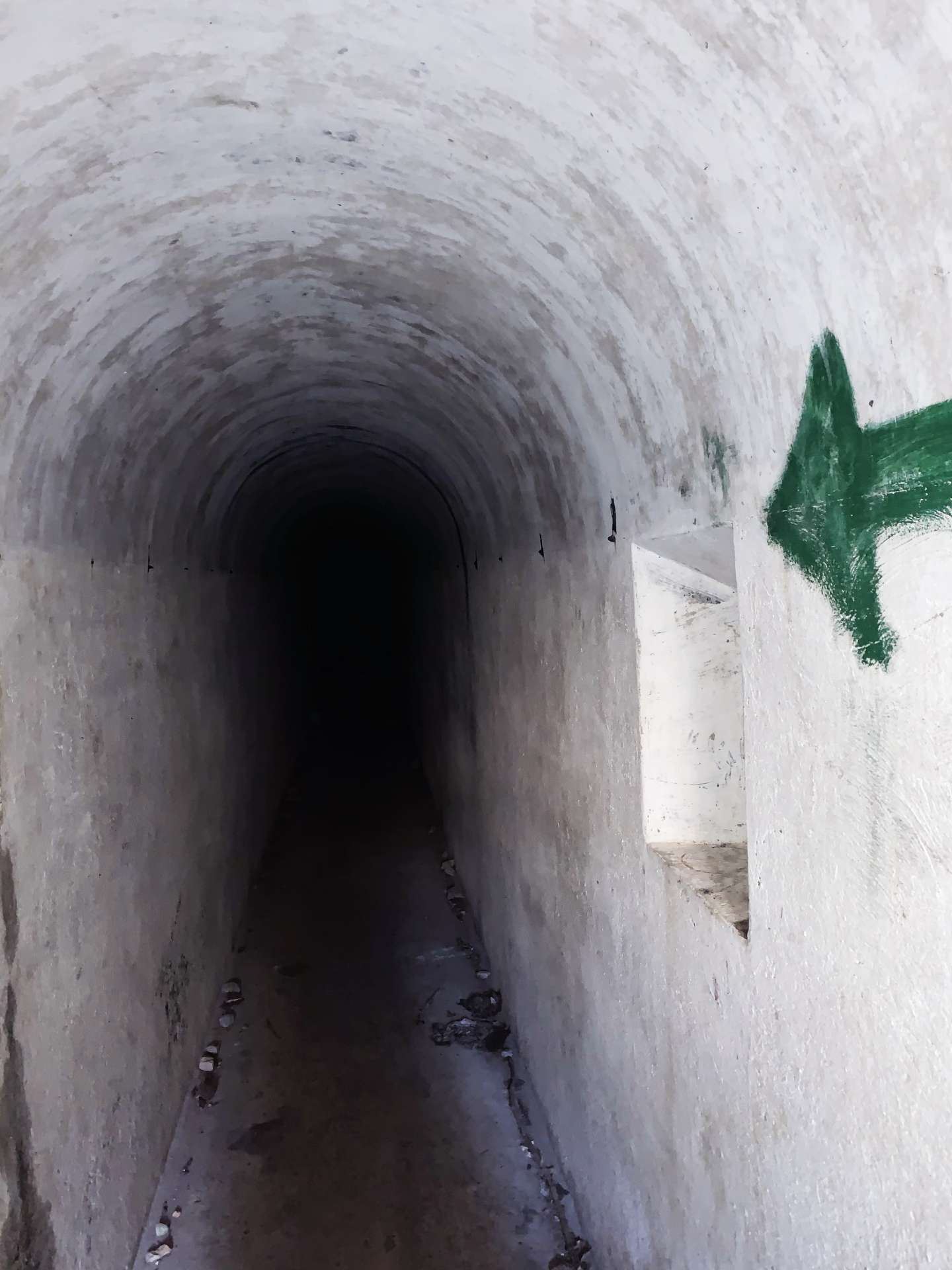 Archival documentation for the construction of tunnels and bunkers was not found in the State Archives, which is logical given the fact that construction of these facilities was a very well-kept secret at the time. It is not possible to exclude the possibility of archival documentation on the Rijeka fortifications in the military archive in Rome, however, although for this it would be necessary to have a longer period of time for research. The documentation found was collected from private collections from various forums or archives of the Heritage Museum of Drenova. 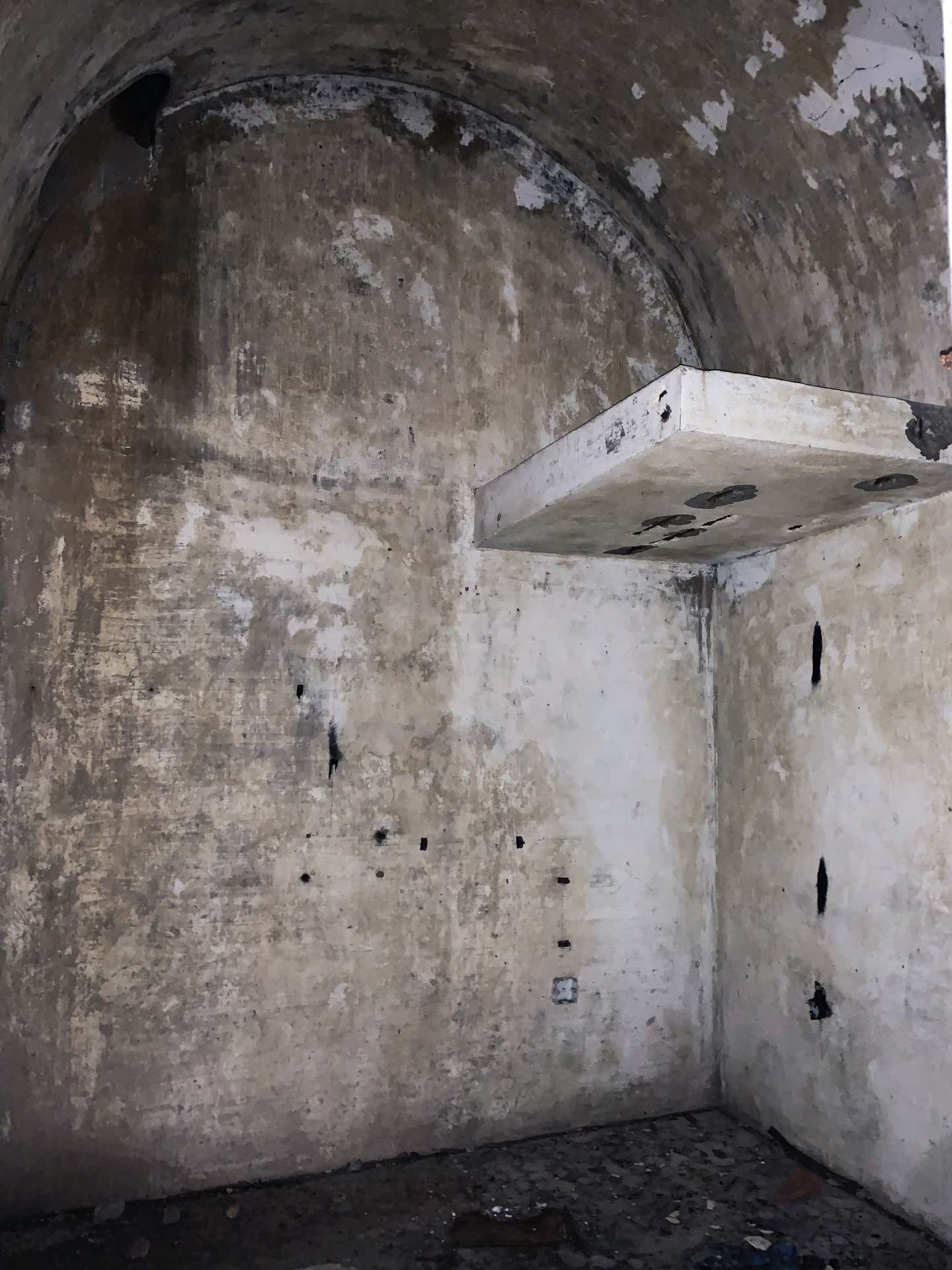 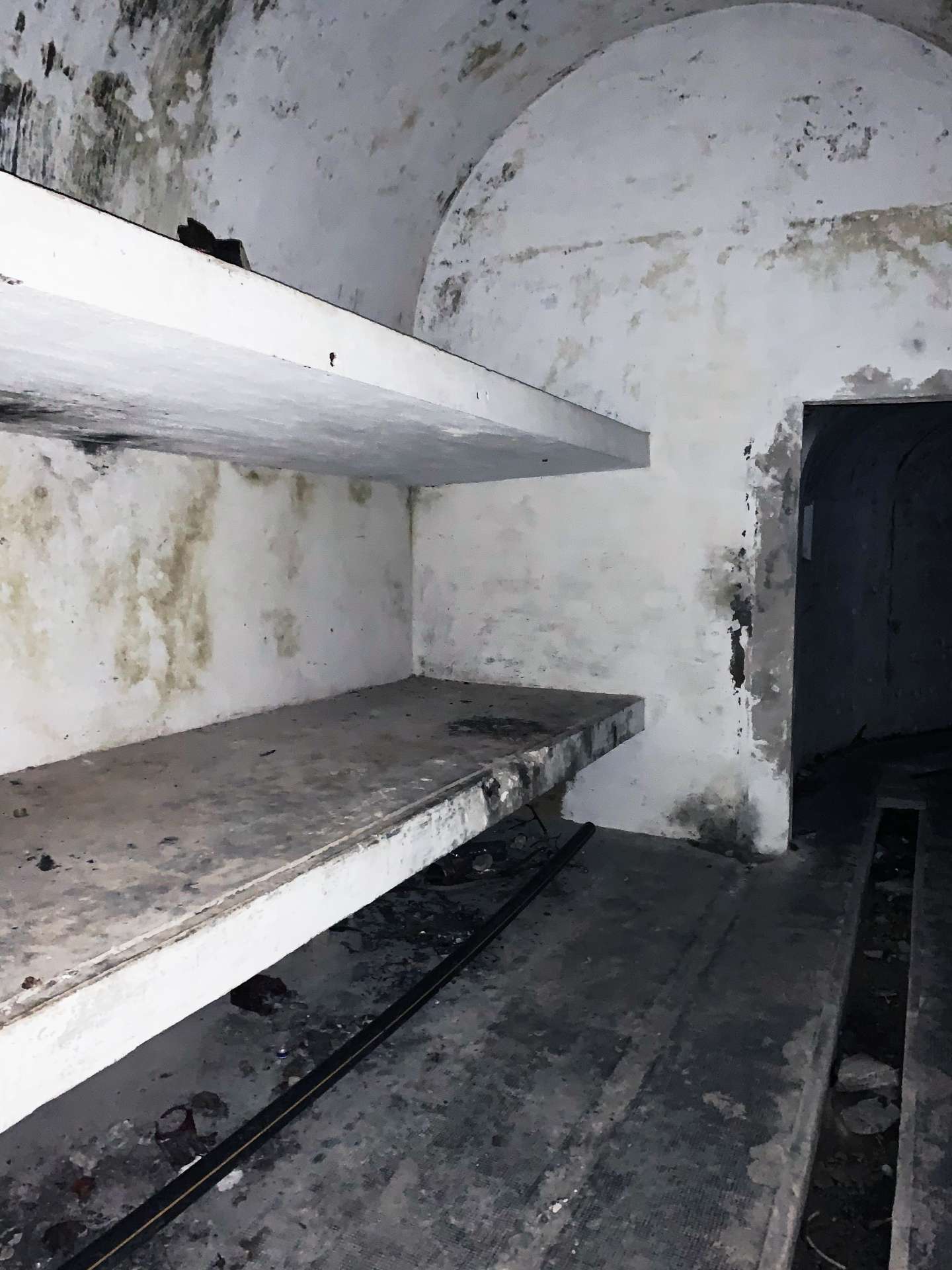 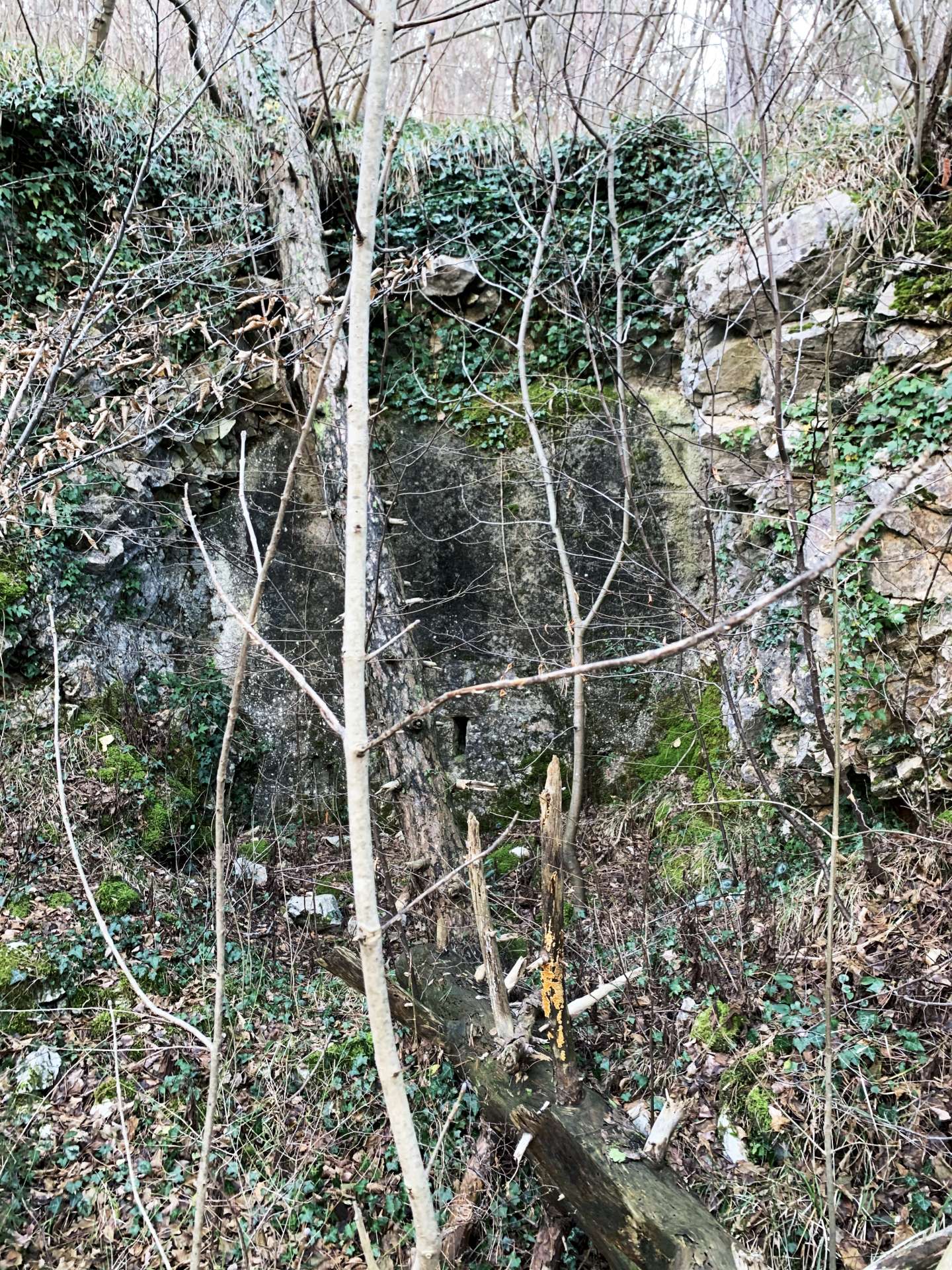