Zadar, Zadar County, Croatia
Back to the list Back to the map
Typology:
Bunker
Year of build:
1931-1942
Original name:
n/a
Style:
St. Nikola Tavelić Street
Architect:
n/a
Past and Present Ownership of the Building/Site:

The bunker is in very good condition and maintained. It is not under protection. 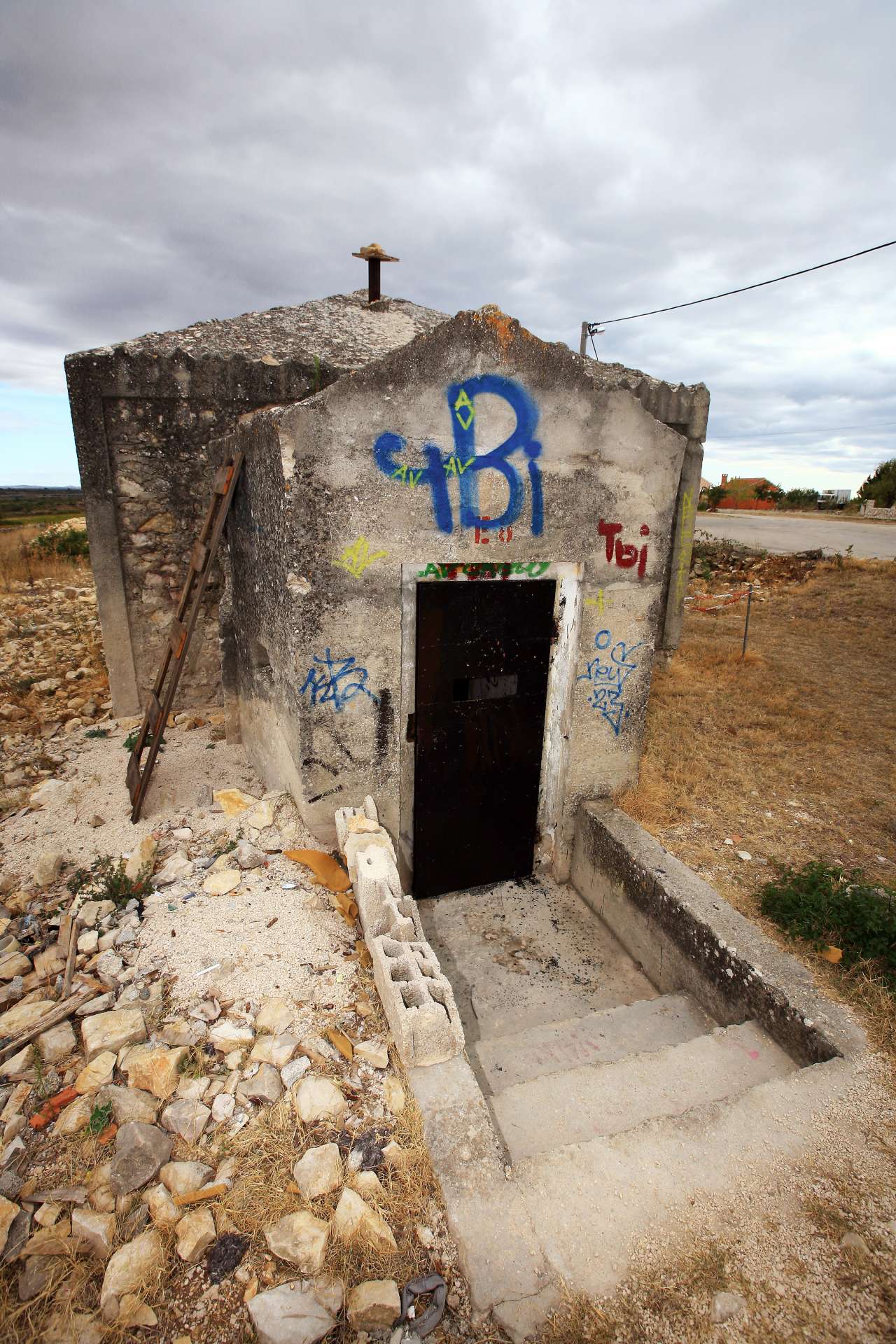 The exact time of construction of this bunker is not known, but it is probably the thirties of the 20th century, respectively after the adoption of Circular no. 200. in 1931. This is an older model of a medium reinforced concrete bunker. The side walls are up to 1 m thick and the roof is up to 2 m thick. The bunker consists of three parts - an entrance with a small anteroom at the level of the surrounding terrain, a central slightly buried part and a room at ground level with a machine gun position. The purpose of this bunker was to protect the eastern approach to the village of Dračevac. The bunker marked "E-9" has an identical appearance, and both are masked in such a way that they look like civilian objects from the mentioned period. 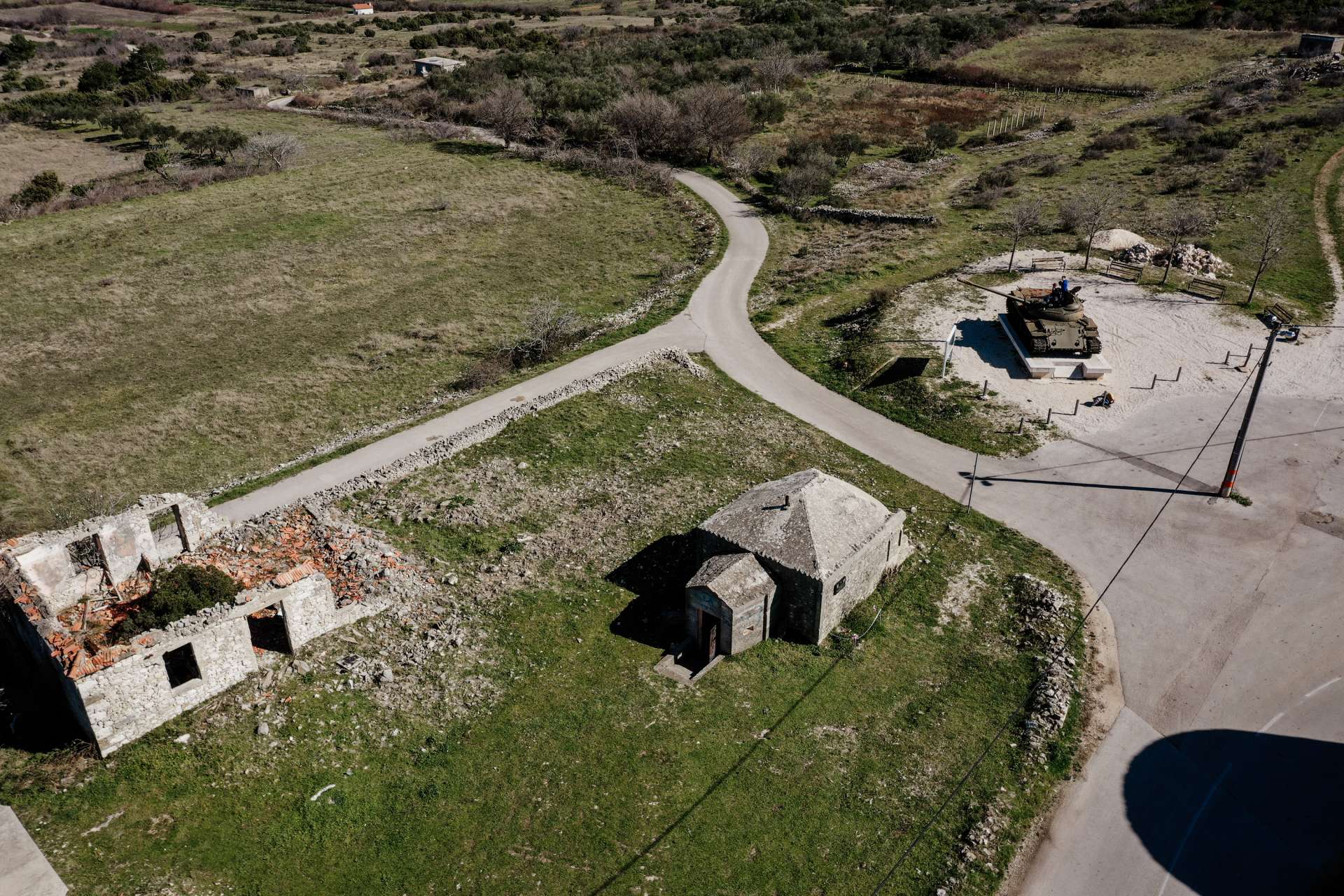 The fort was used by the Italian Army during the short so-called April war (attack of the Axis powers on the Kingdom of Yugoslavia from 6th April 1941 to 17th April 1941) and probably by the German Army in the years 1943 – 1944. After the war, the bunker had no function and was abandoned. At the beginning of the Homeland War in Croatia in 1991, it gained strategic importance and was used by the Croatian Army as the first battle line until the beginning of 1993. On the crucial days of Zadar's defence in October 1991, the bunker was hit several times by devastating shells, but none destroyed it. 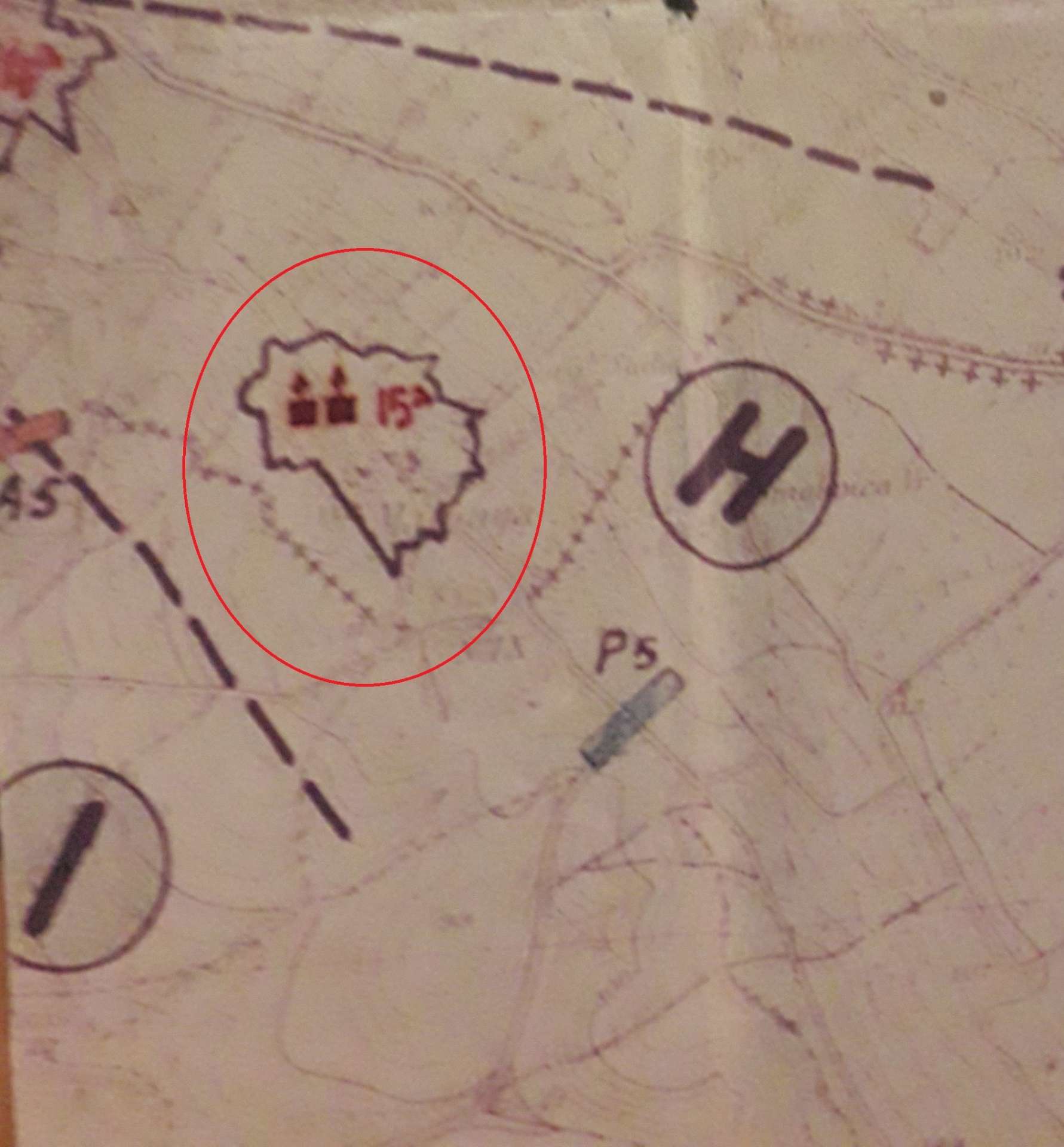 The bunker is very interesting for several reasons. The first is that the specificity of this bunker is masking into a civilian object. However, a much more important reason is its recent history when its existence significantly contributed to the defence of Zadar from Greater Serbia aggression. Together with the surrounding terrain and the destroyed tank, it is a monument place of the defence of the city in the Homeland War. Also, there is historical and architectural value as part of the Italian fortification ring that developed around Zadar in the period between the two world wars. 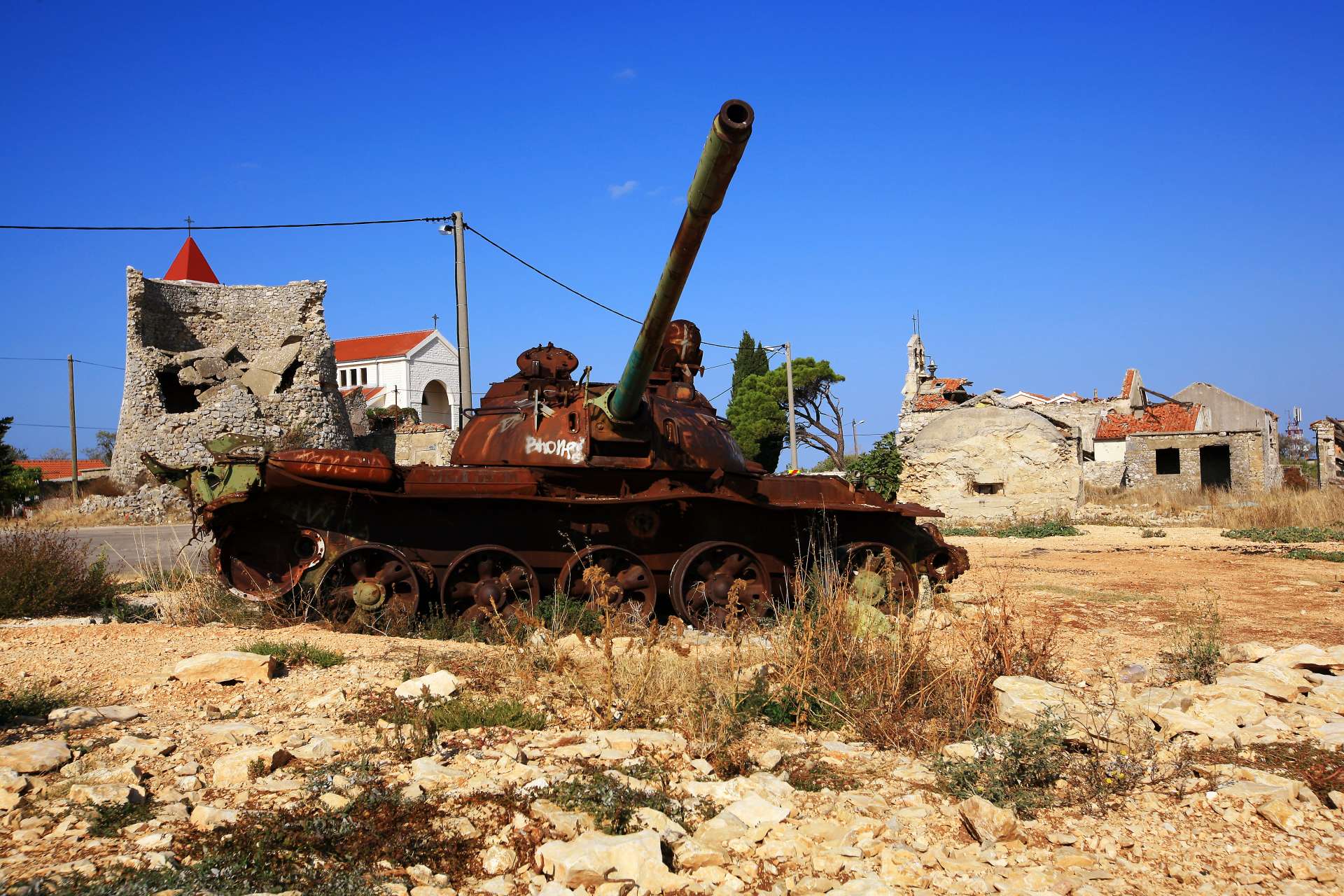 The bunker is located on the outer edge of town in the suburbs of Dračevac. The entire area, except for the mentioned bunker, was arranged as a memorial place for the defence of Zadar in the Homeland War. Nearby is a T-55 tank, which is arranged as a monument and renovated stone tower from the Venetian Republic. 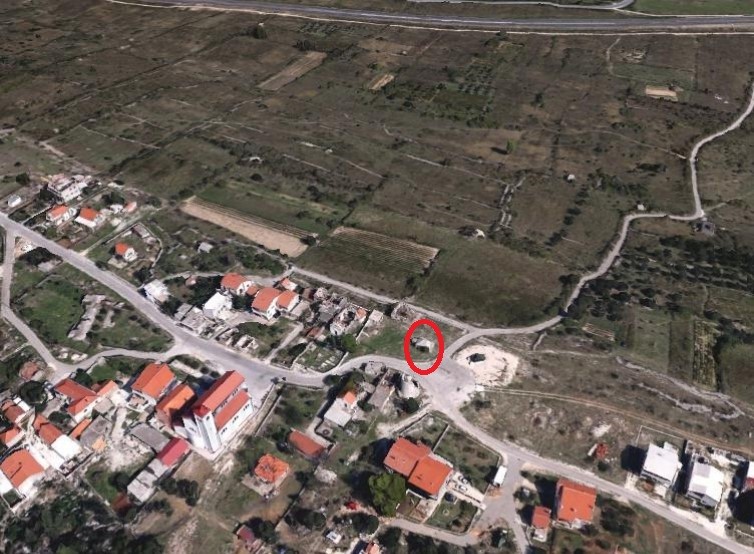 Although the bunker marked "E-8" is not in a specific use, the entire area in which it is located tells the story of the wars that took place in that area over the centuries. The Venetian Tower tells the story of the wars against the Ottomans as the bunker introduces us to the not-so-distant Italian rule over Zadar and World War II. The damage to the bunker and the nearby church and the exposed destroyed T-55 tank speak of a bloody fight for the defence of the today's Republic of Croatia. This whole area is located on a hill from which the view extends to east and north to the fields of Ravni Kotari and the mountain Velebit, and to the south and west on the Adriatic sea. 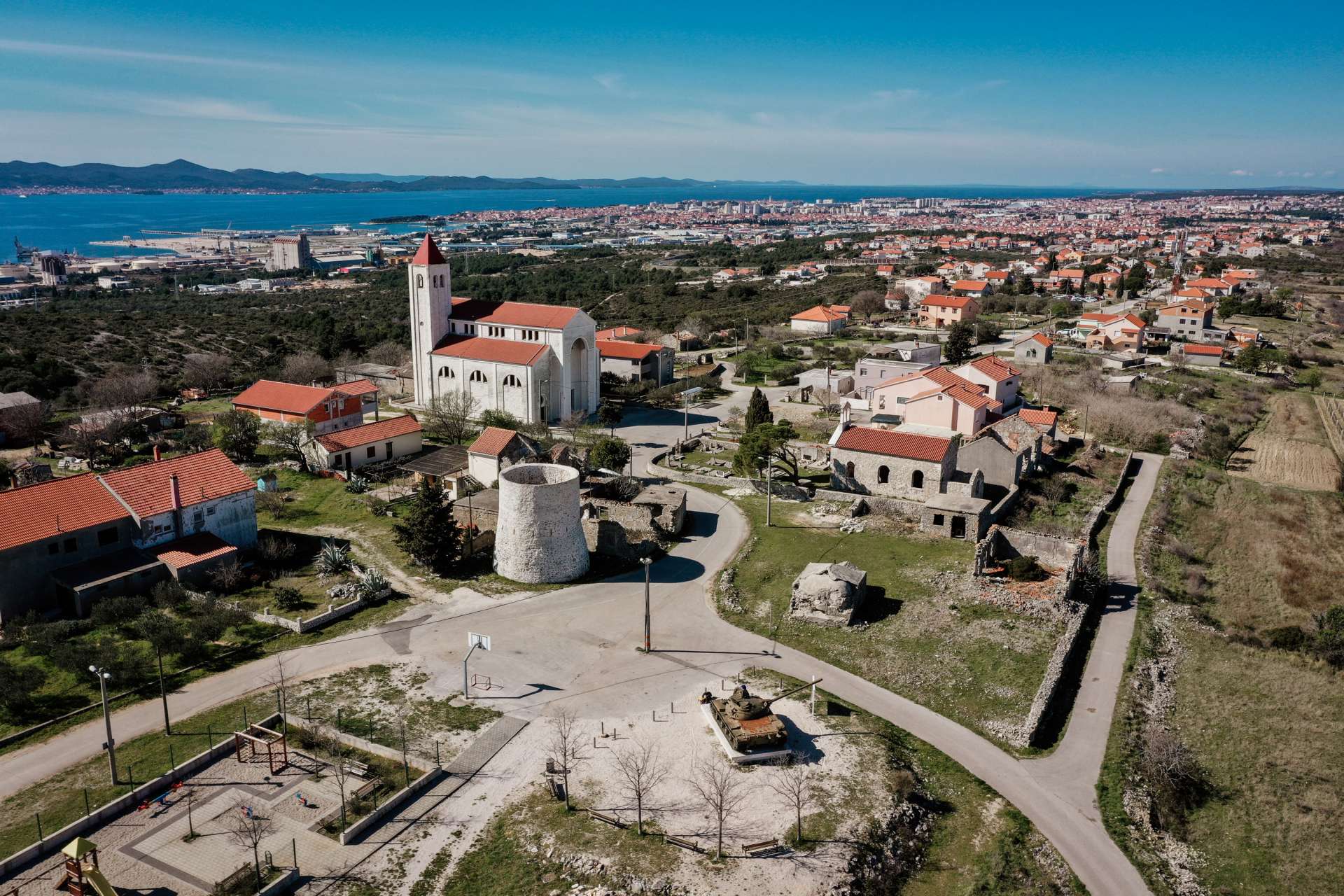 Importance of the Building/Site for Today's Society

On the music video of the Croatian singer Jura Stublić for the song “Bili cvitak”, which was created during the Homeland War, the bunker marked "E-8" can be seen from 0:57 minutes. The bunker then had the unofficial name "Villa Trojka". On a TV report on TV Pristina, created on October 5, 1991, at 2:22 a.m., it can be seen when a Serbian T-55 tank is firing on a bunker marked "E-8" from close range. Shortly afterwards, Croatian forces counterattacked and destroyed the tank, which today is a monument to the defence of Zadar. 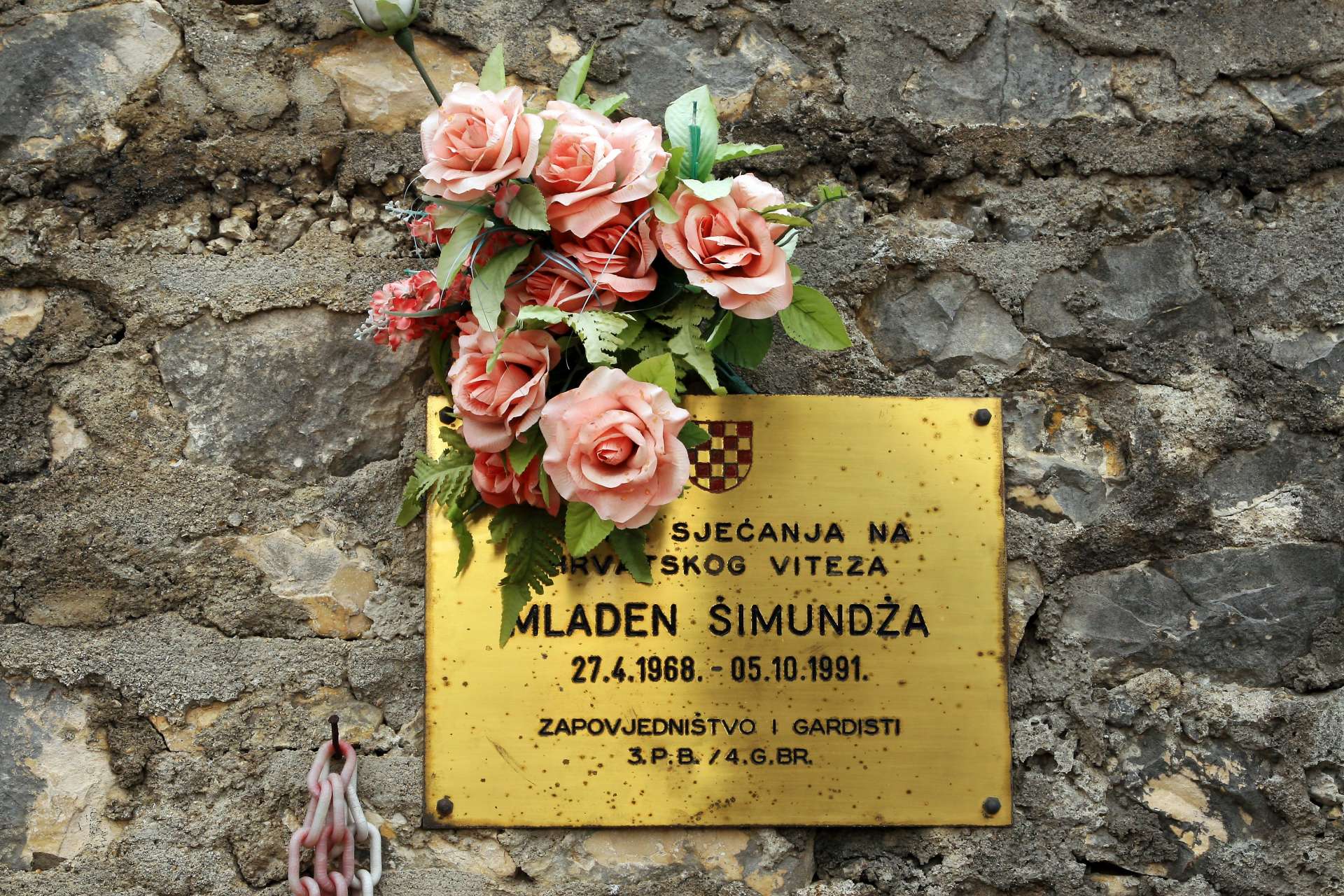 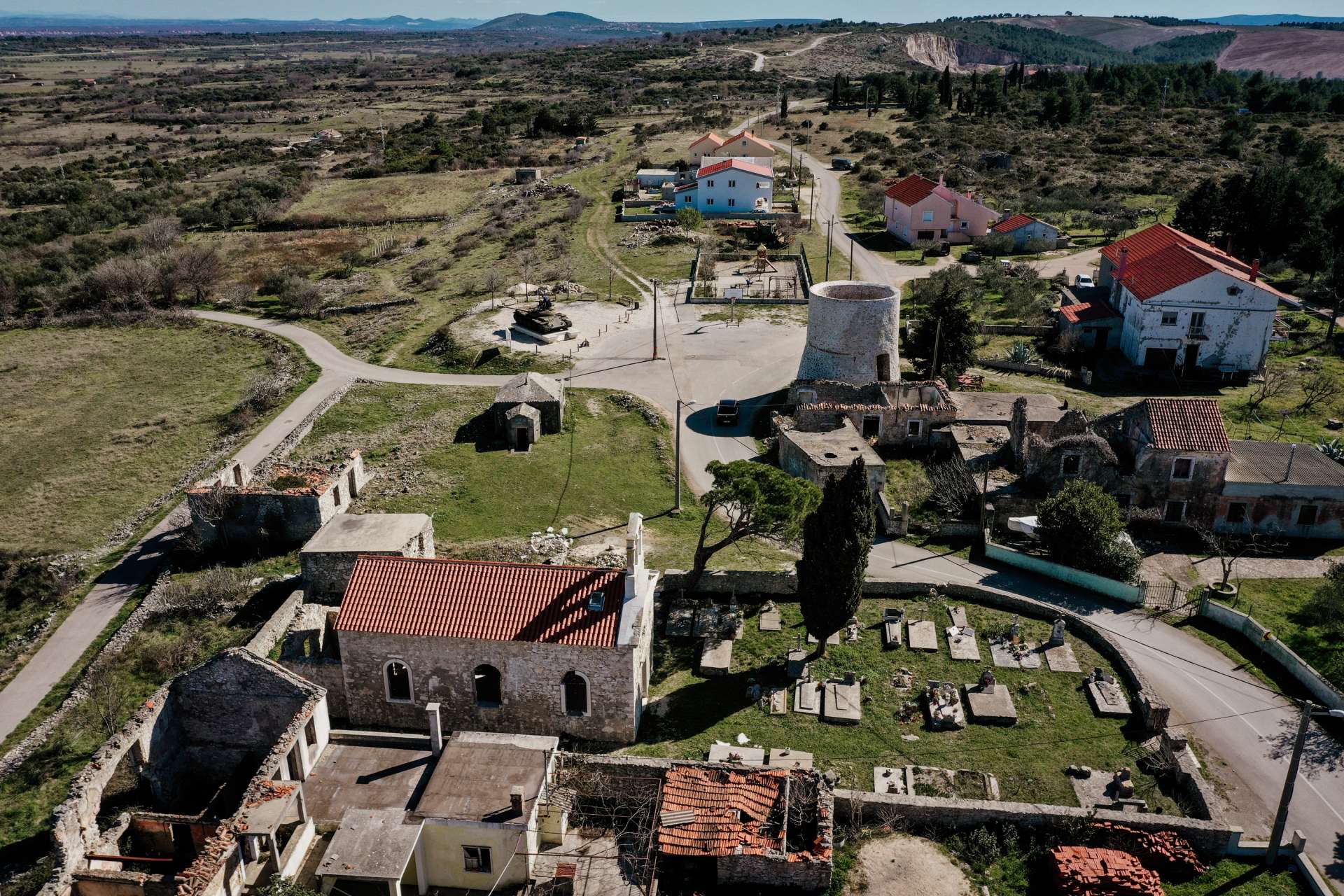 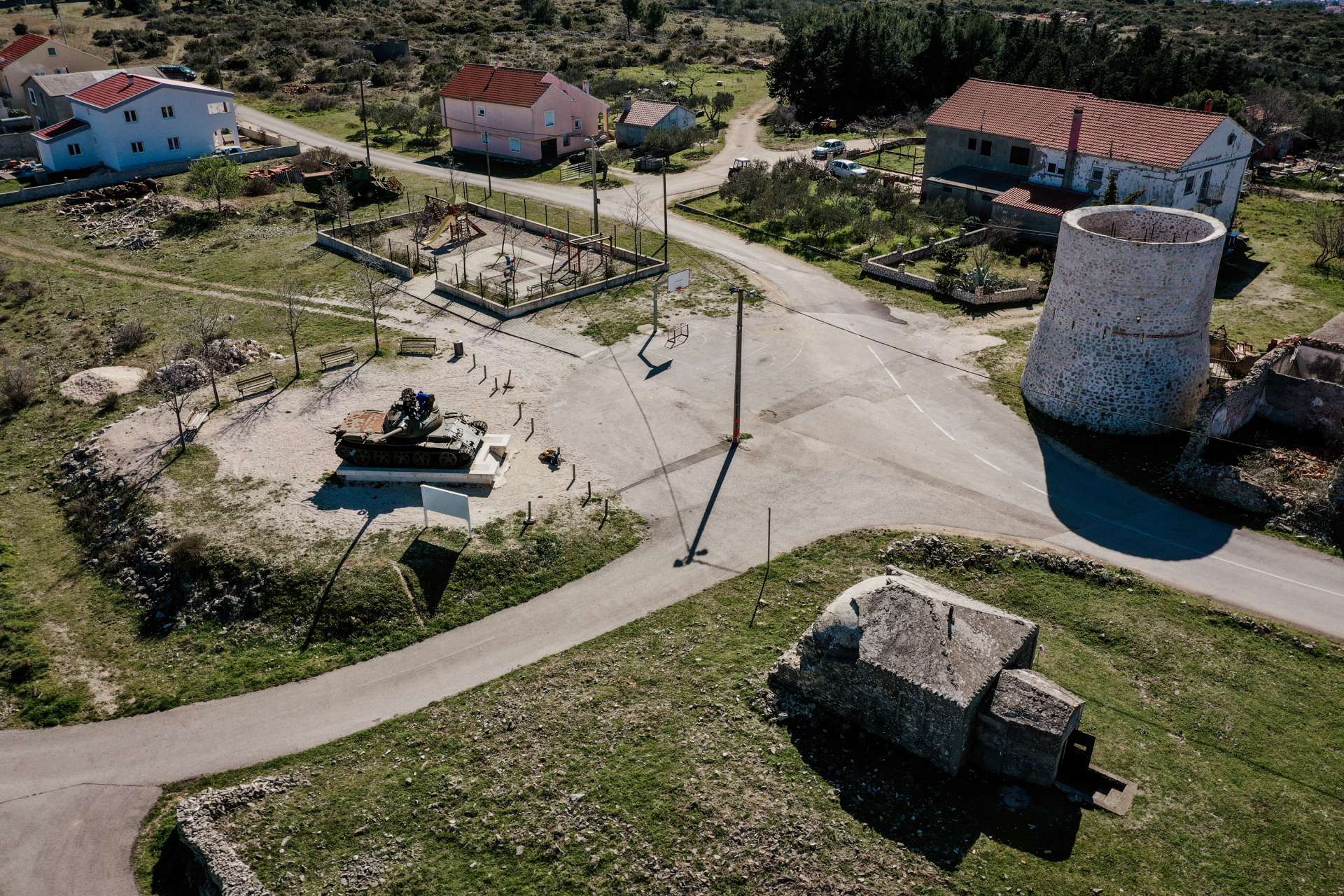 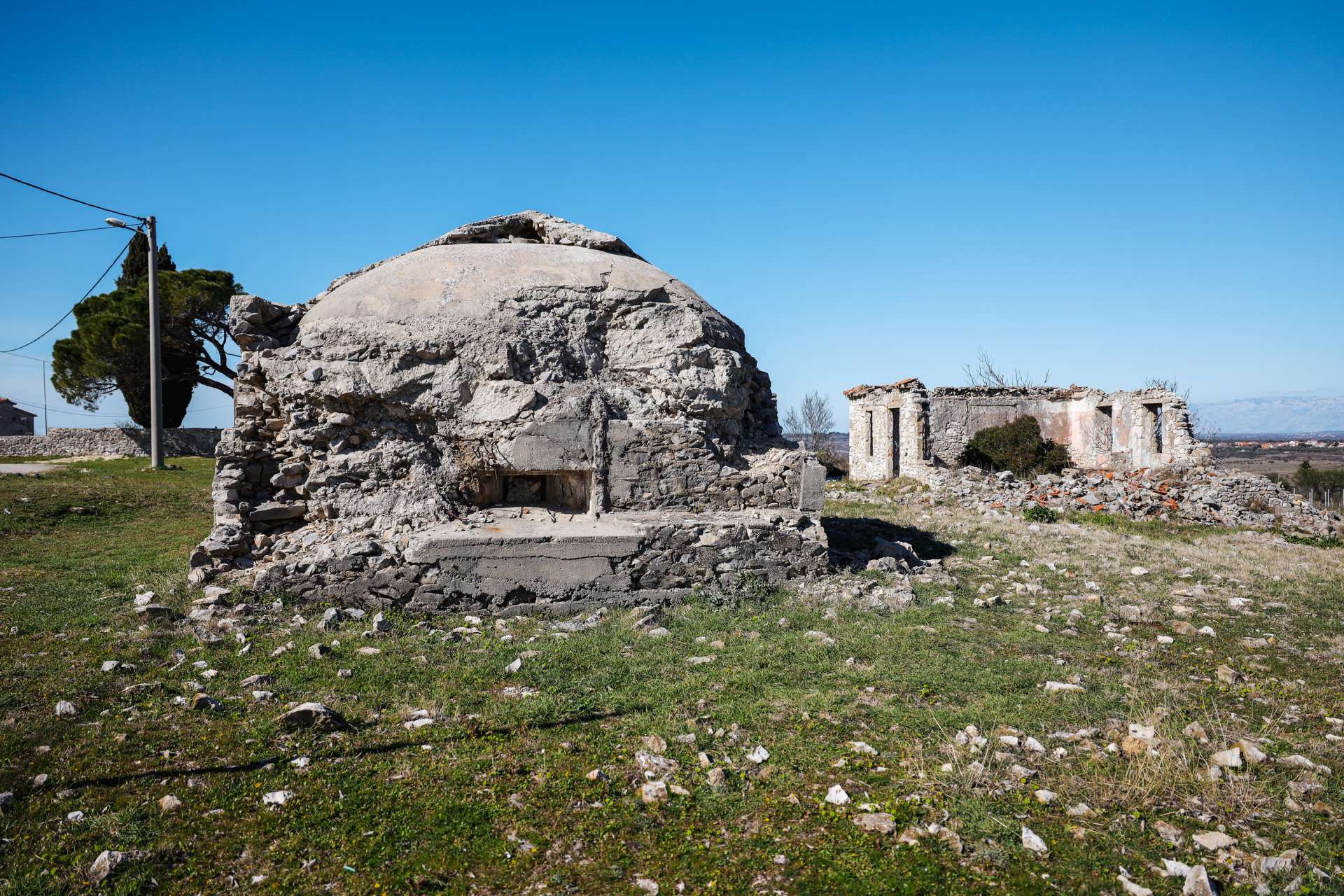 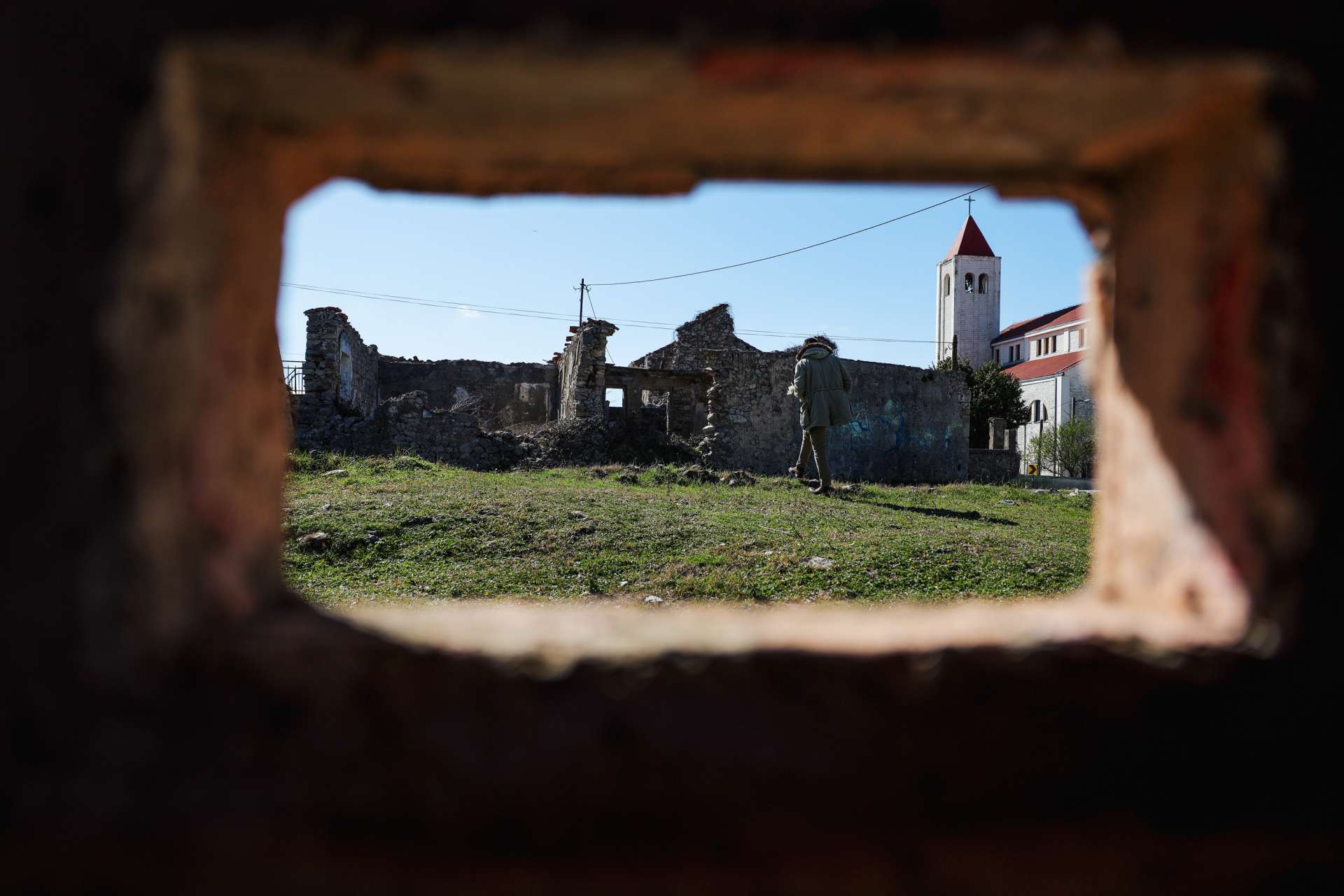 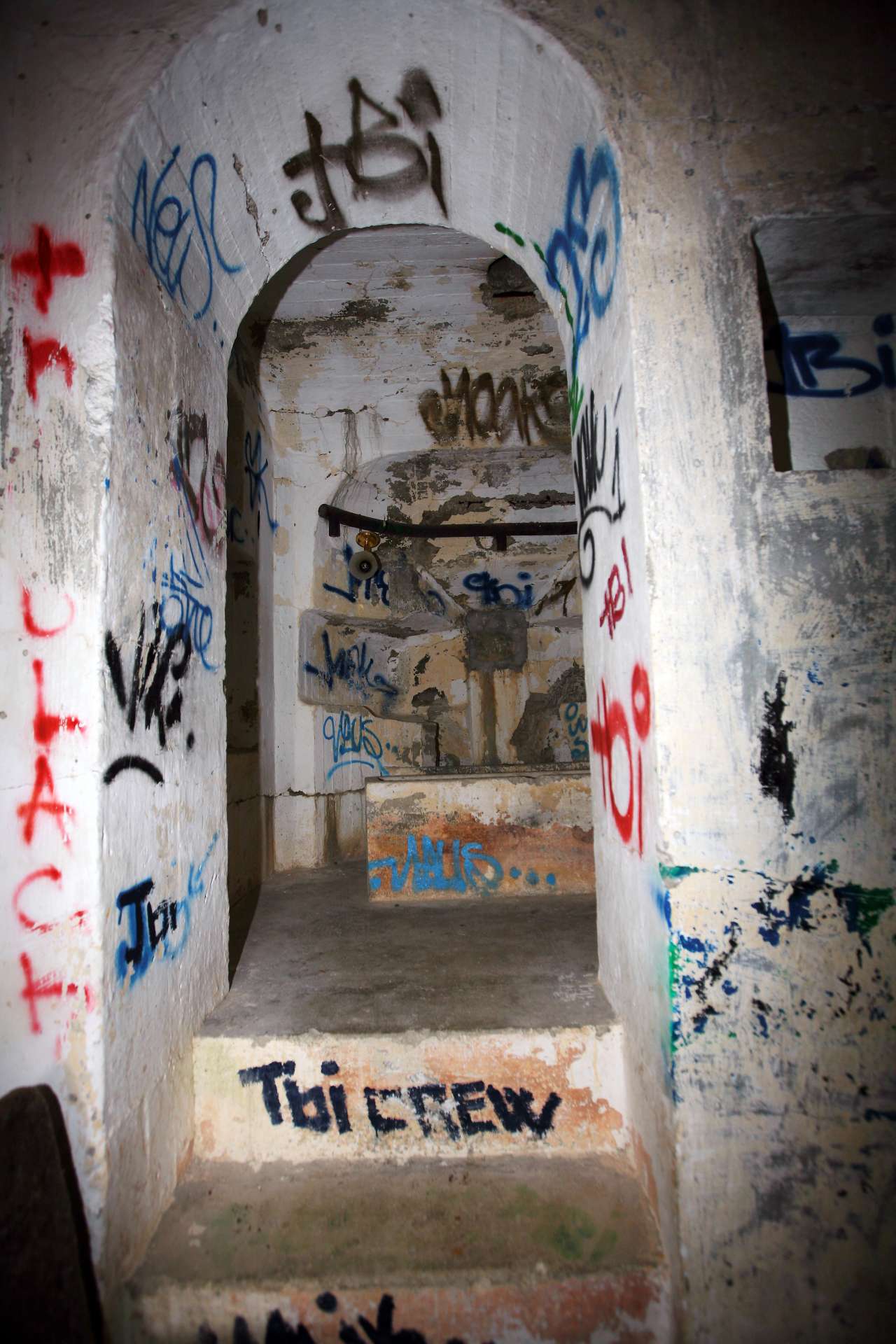 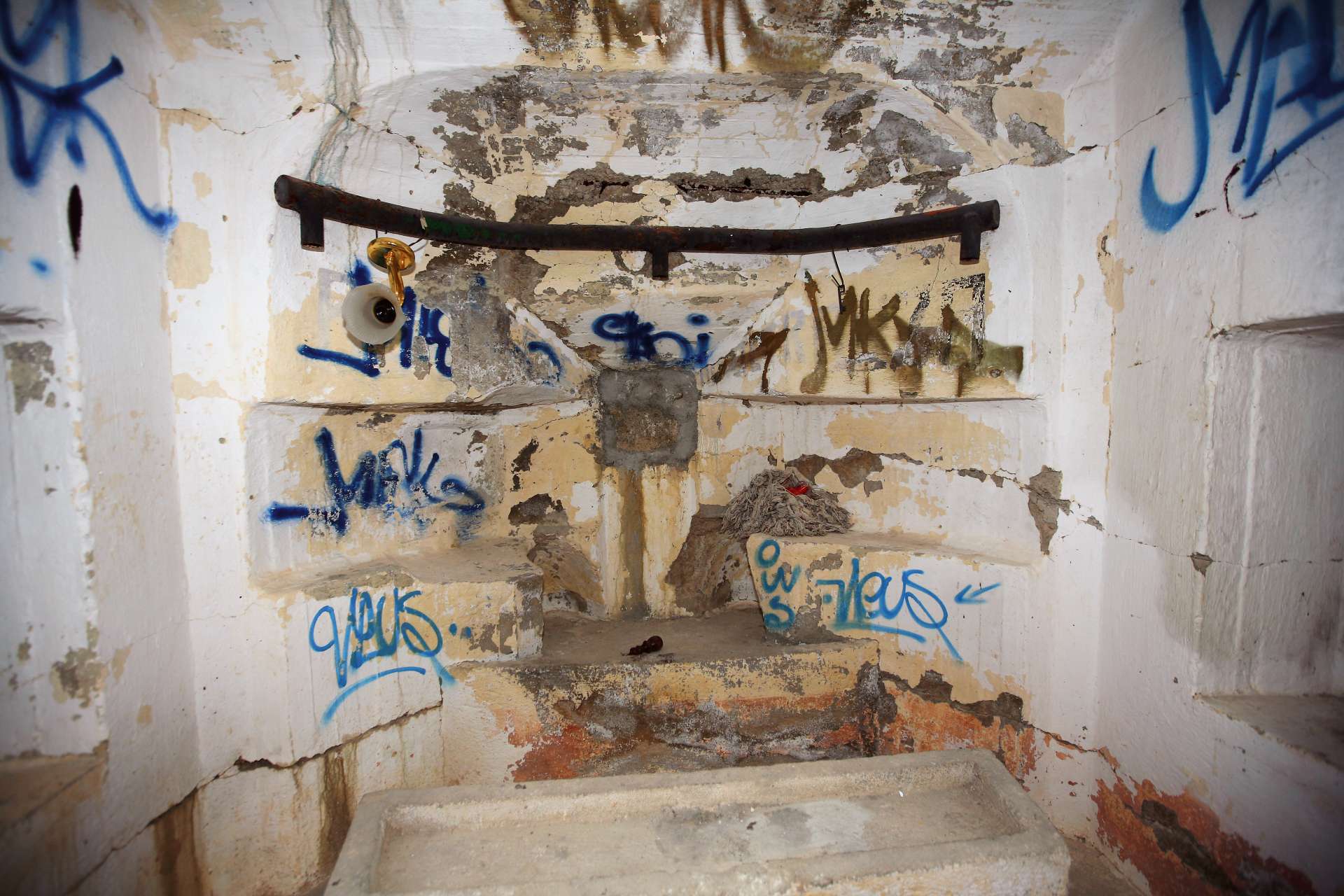 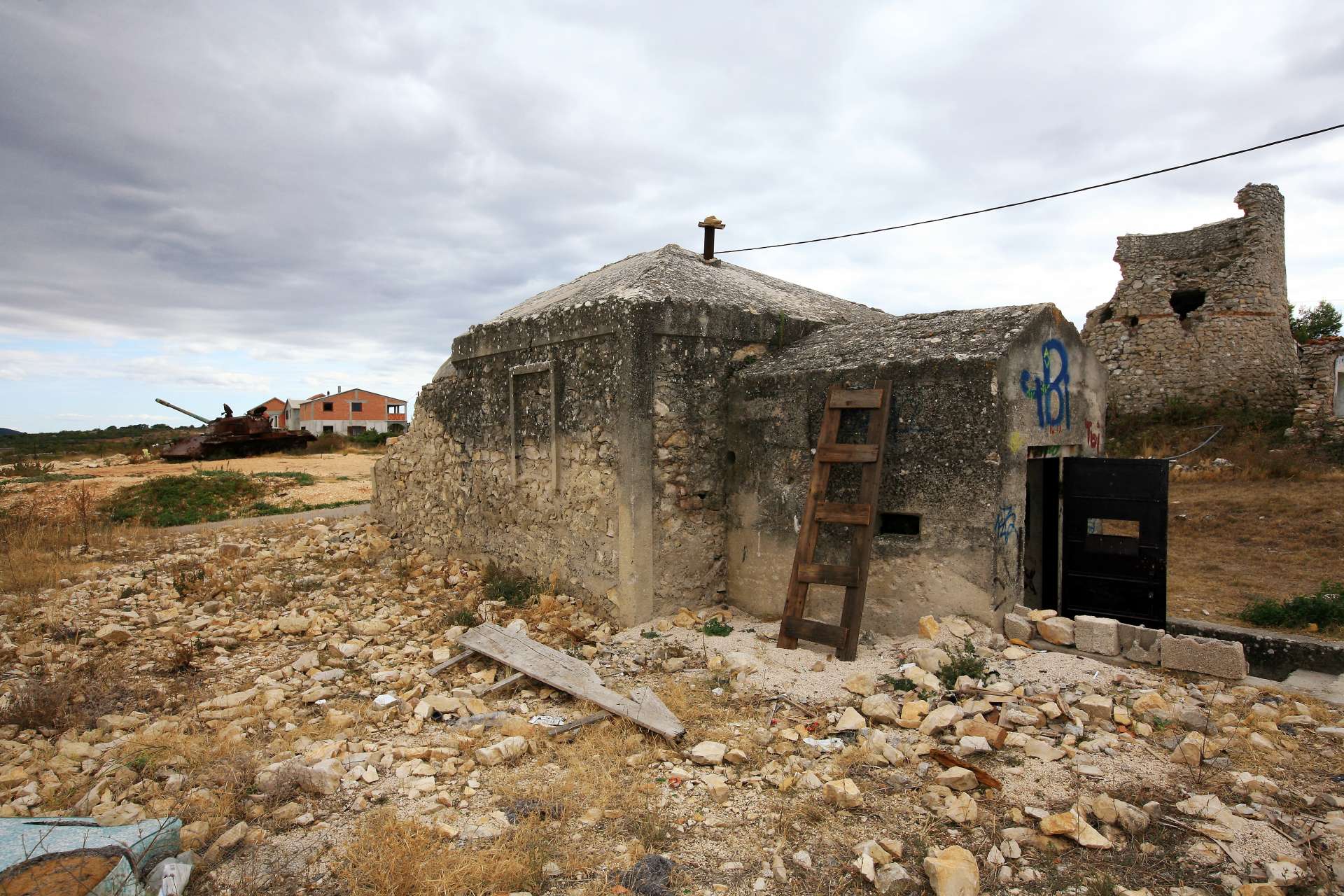 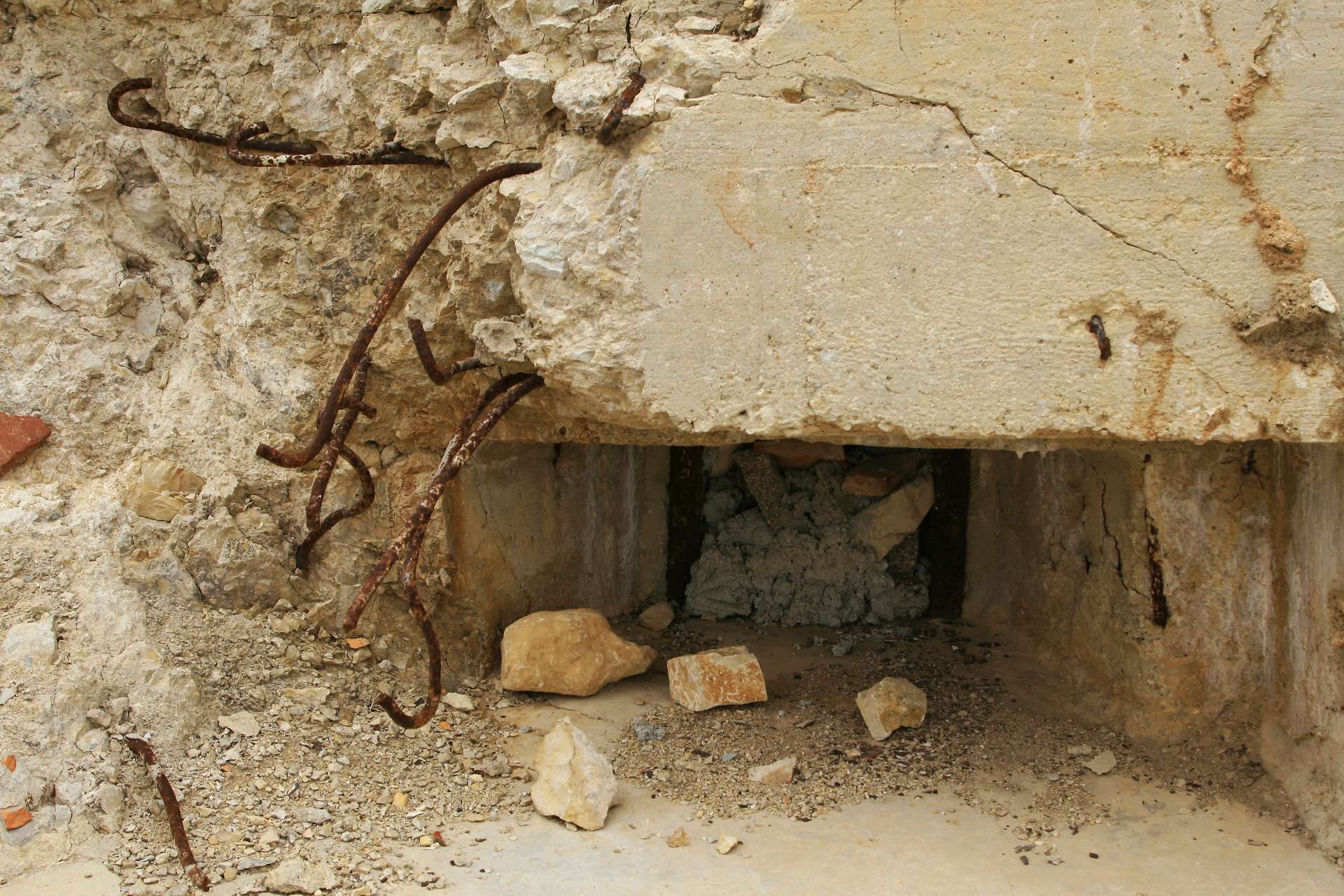 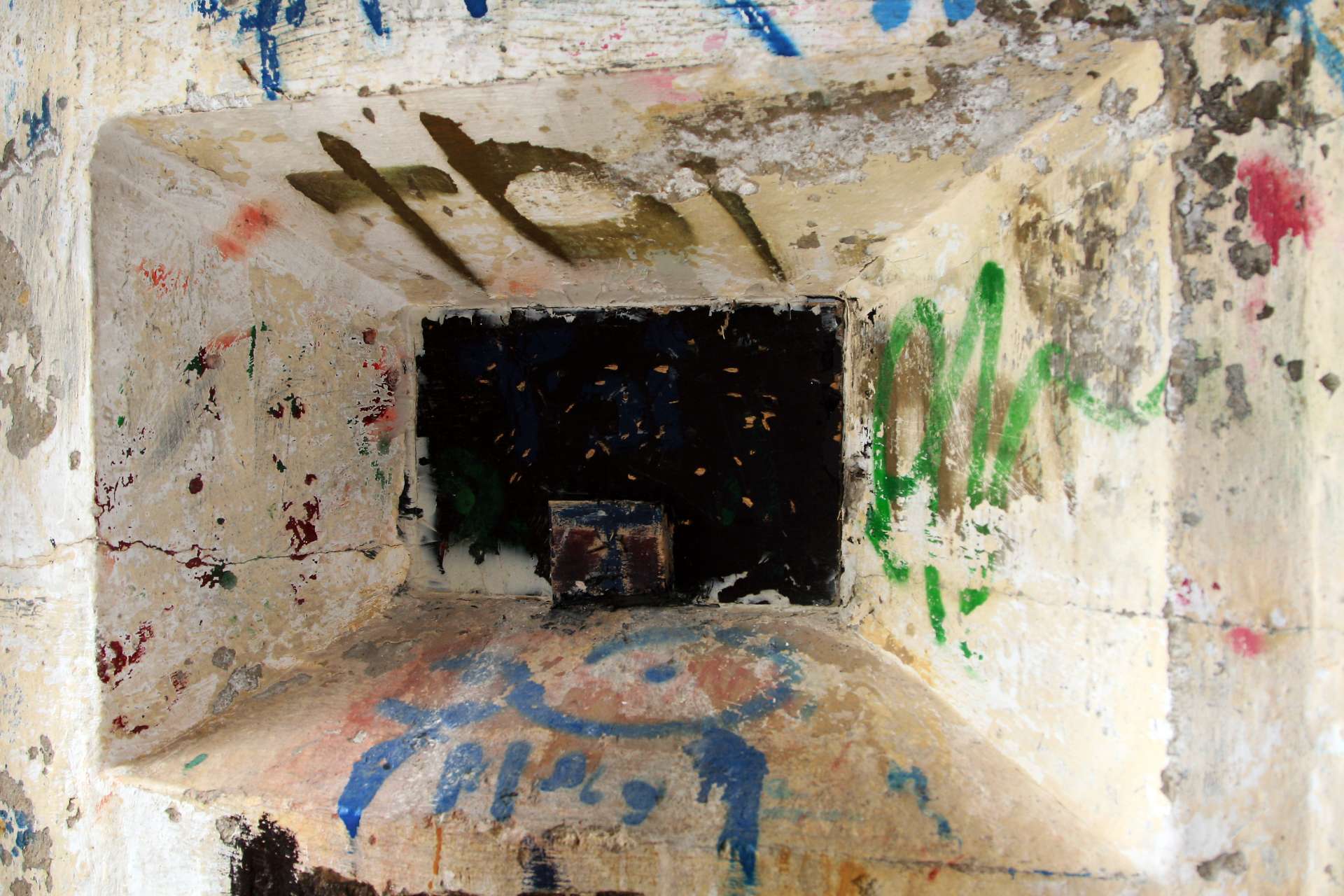 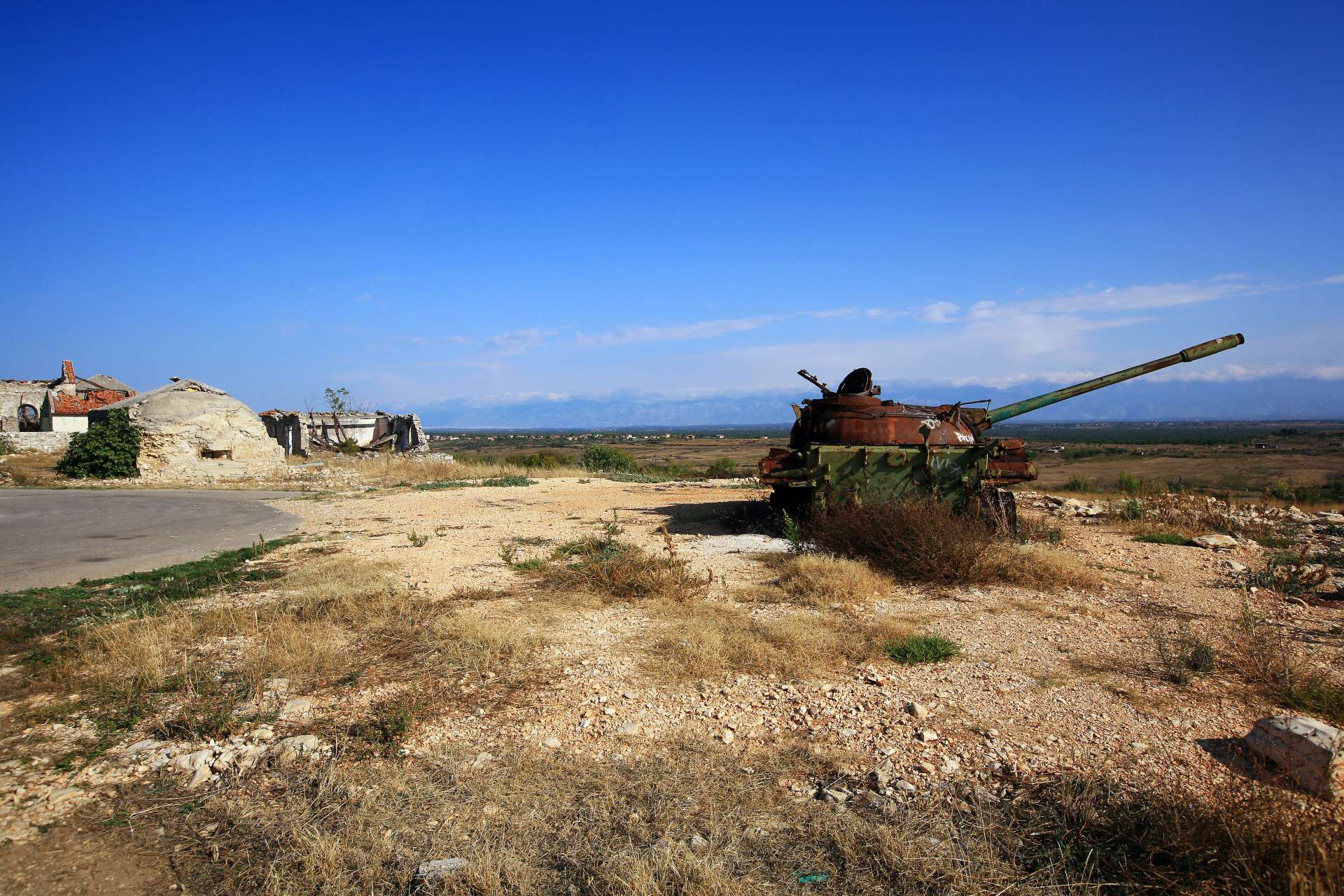 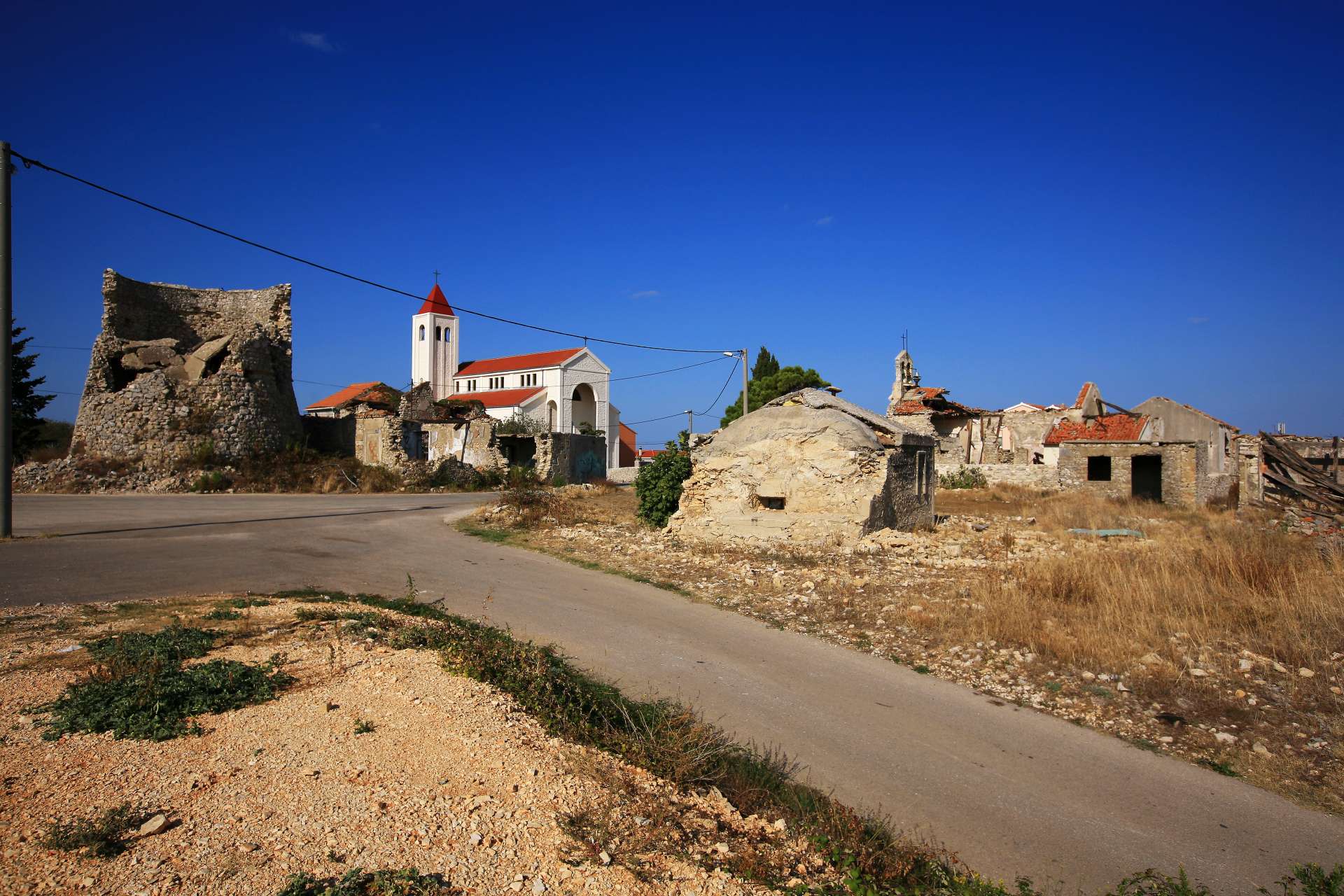 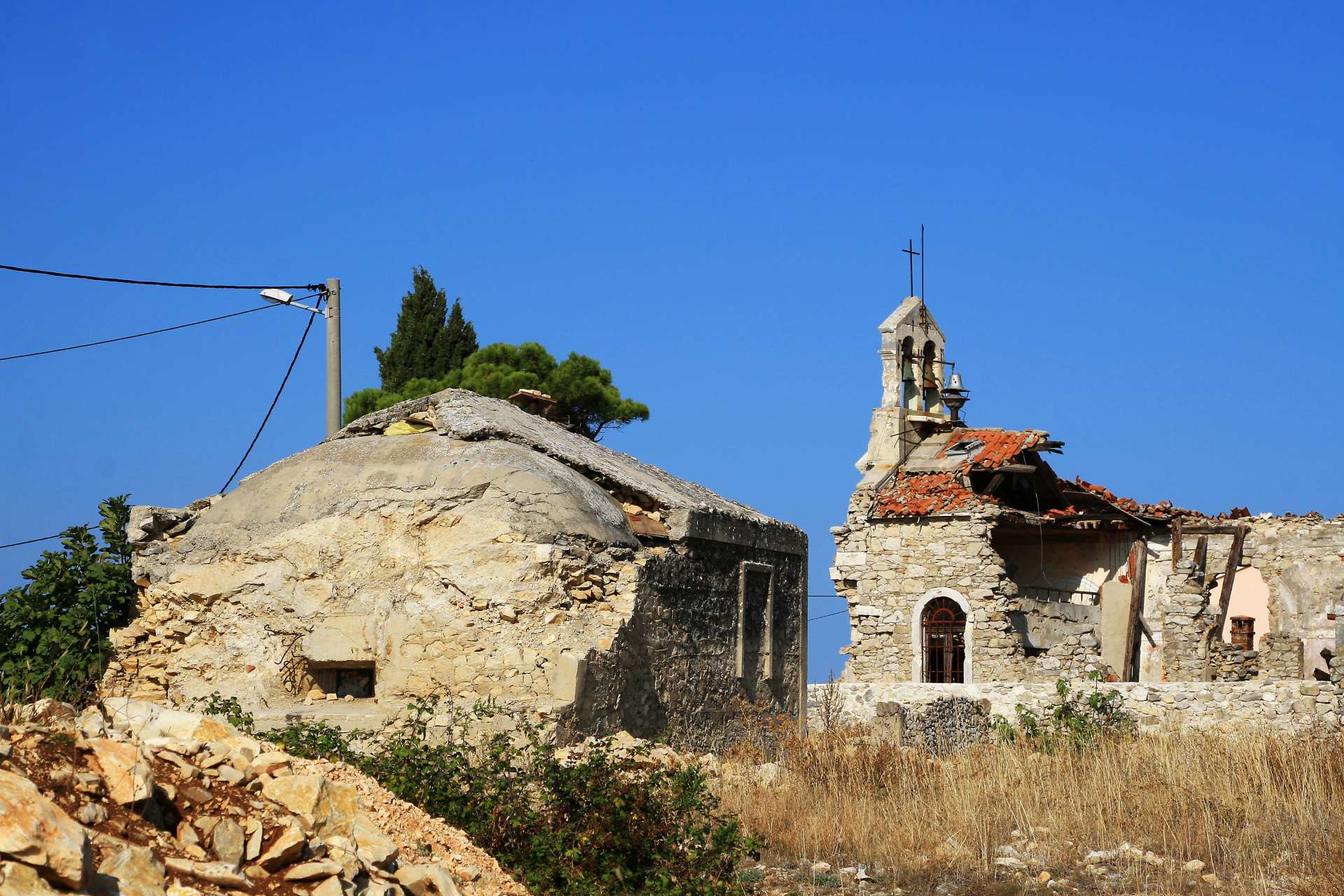 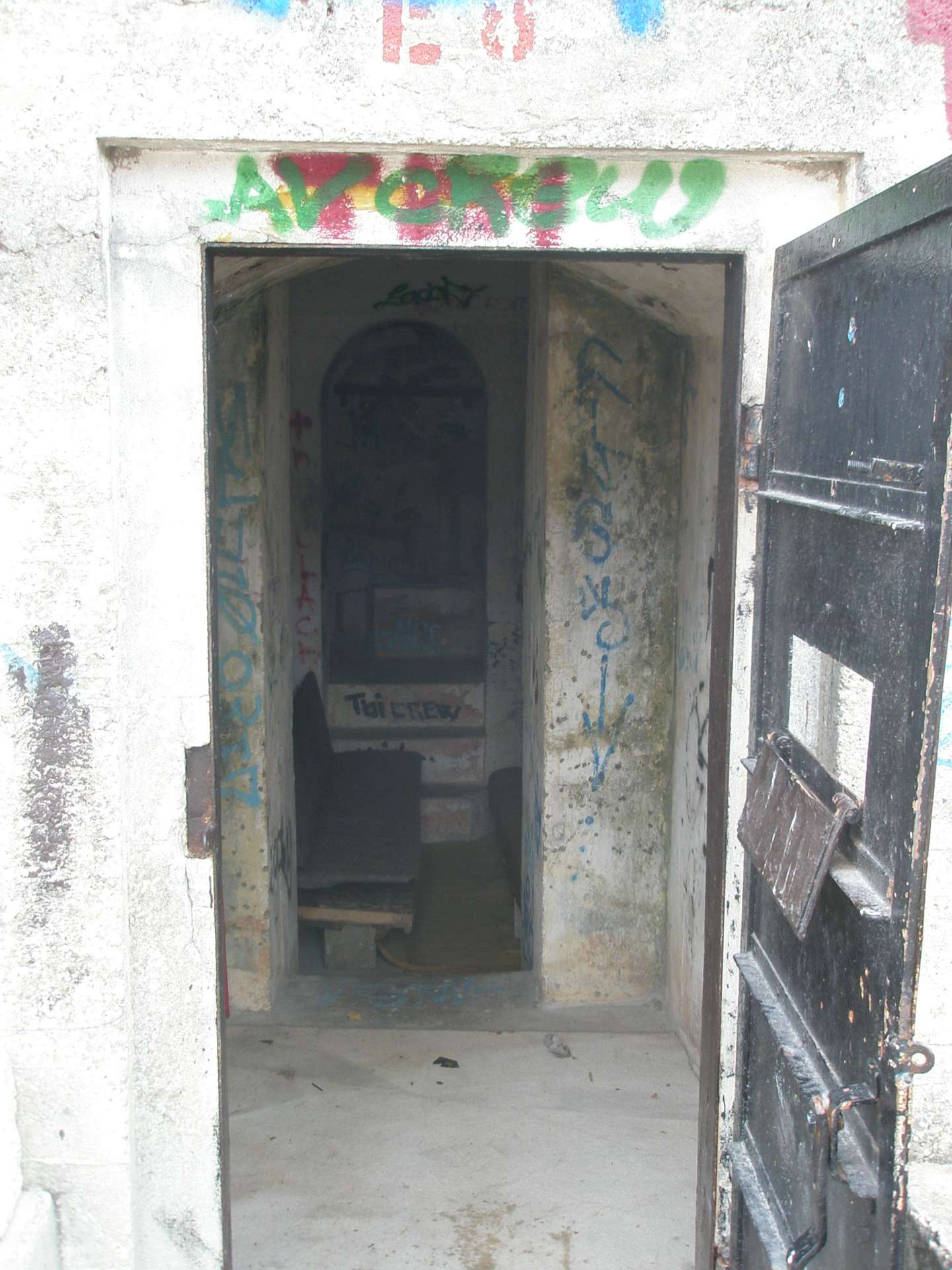 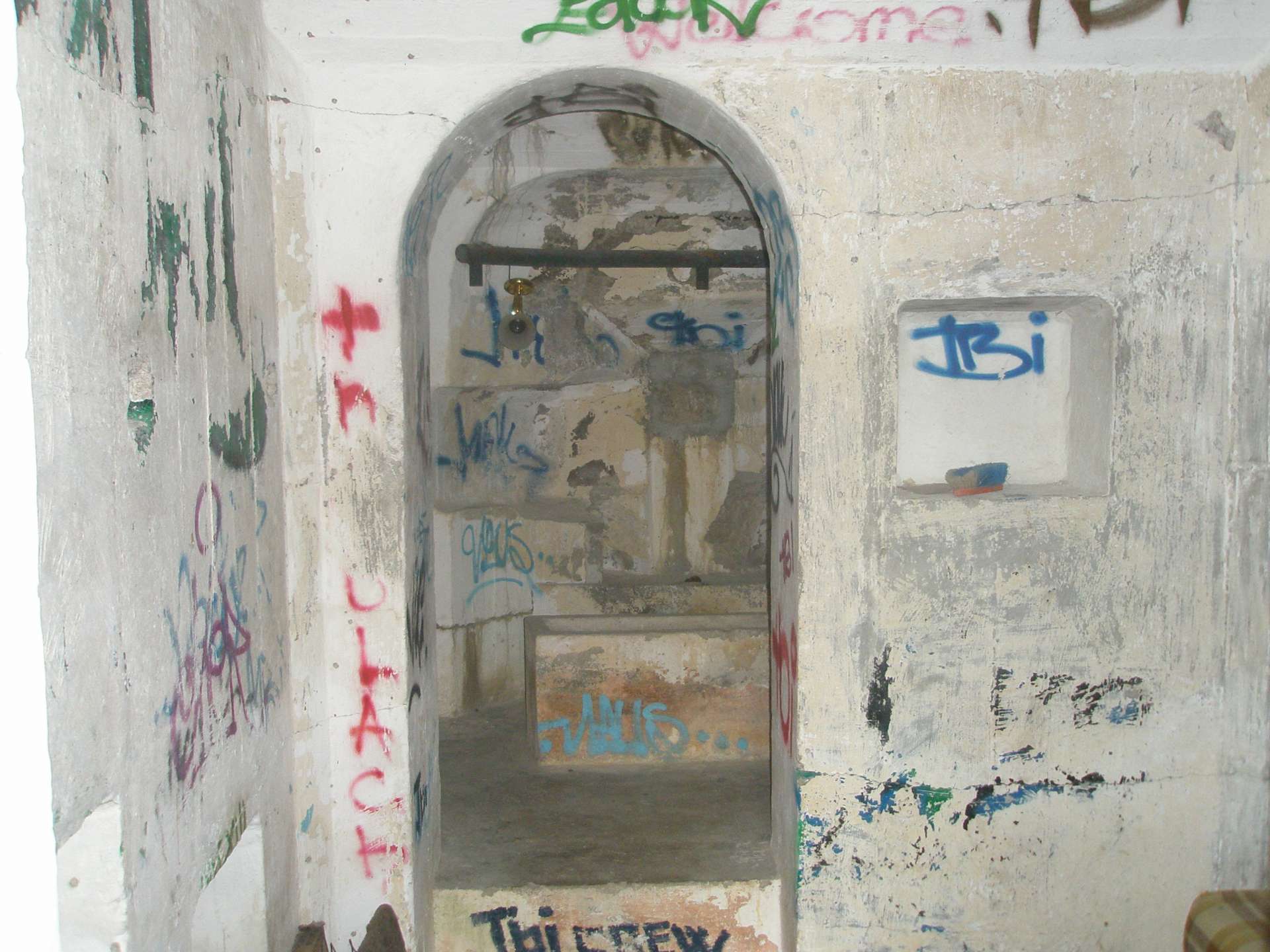 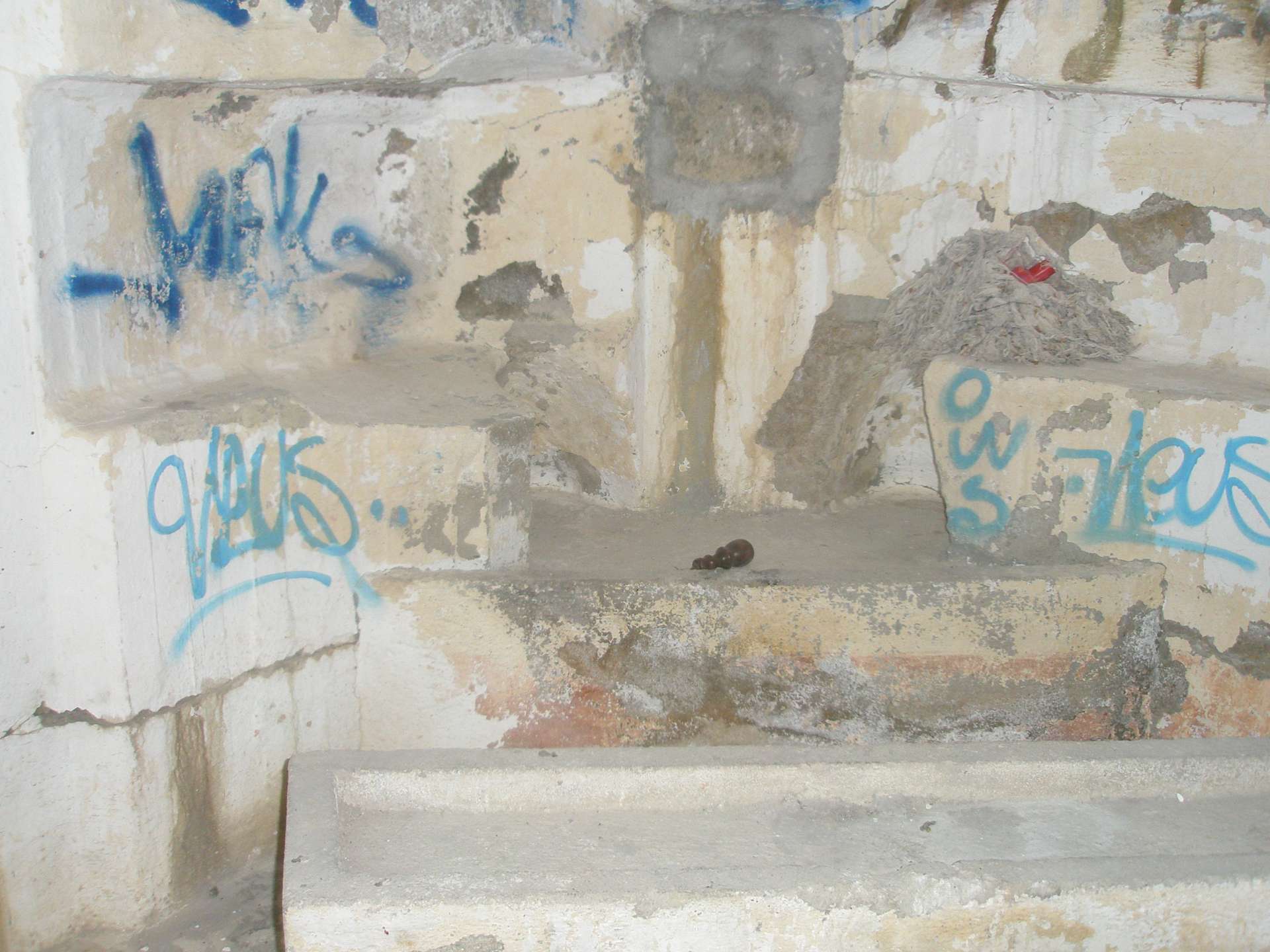 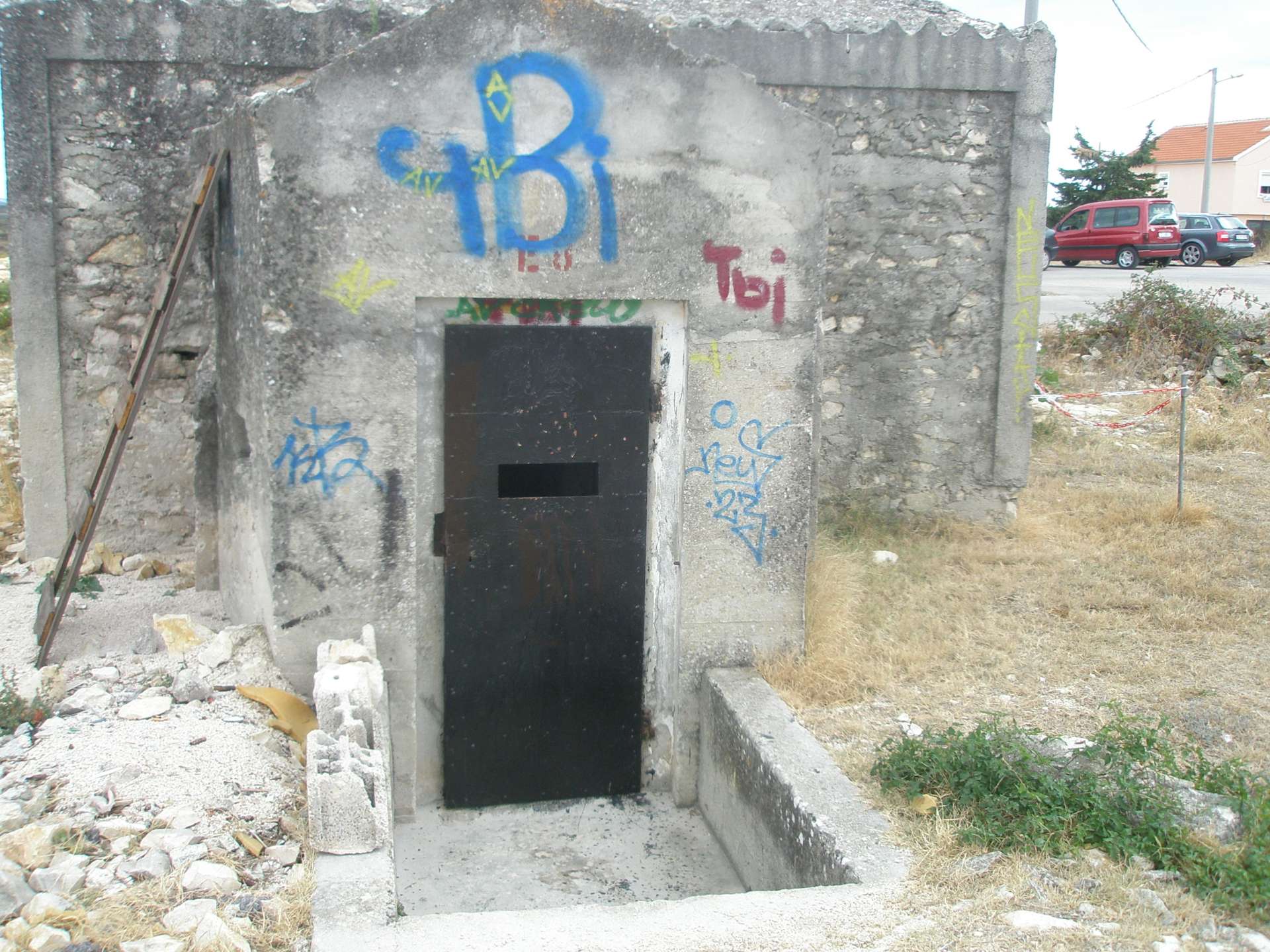