Stile: The tallest lighthouse in Croatia, operate as a symbol of power and technical innovation, similar to how other famous historical lighthouses operated as symbols of power and architectural prowess. 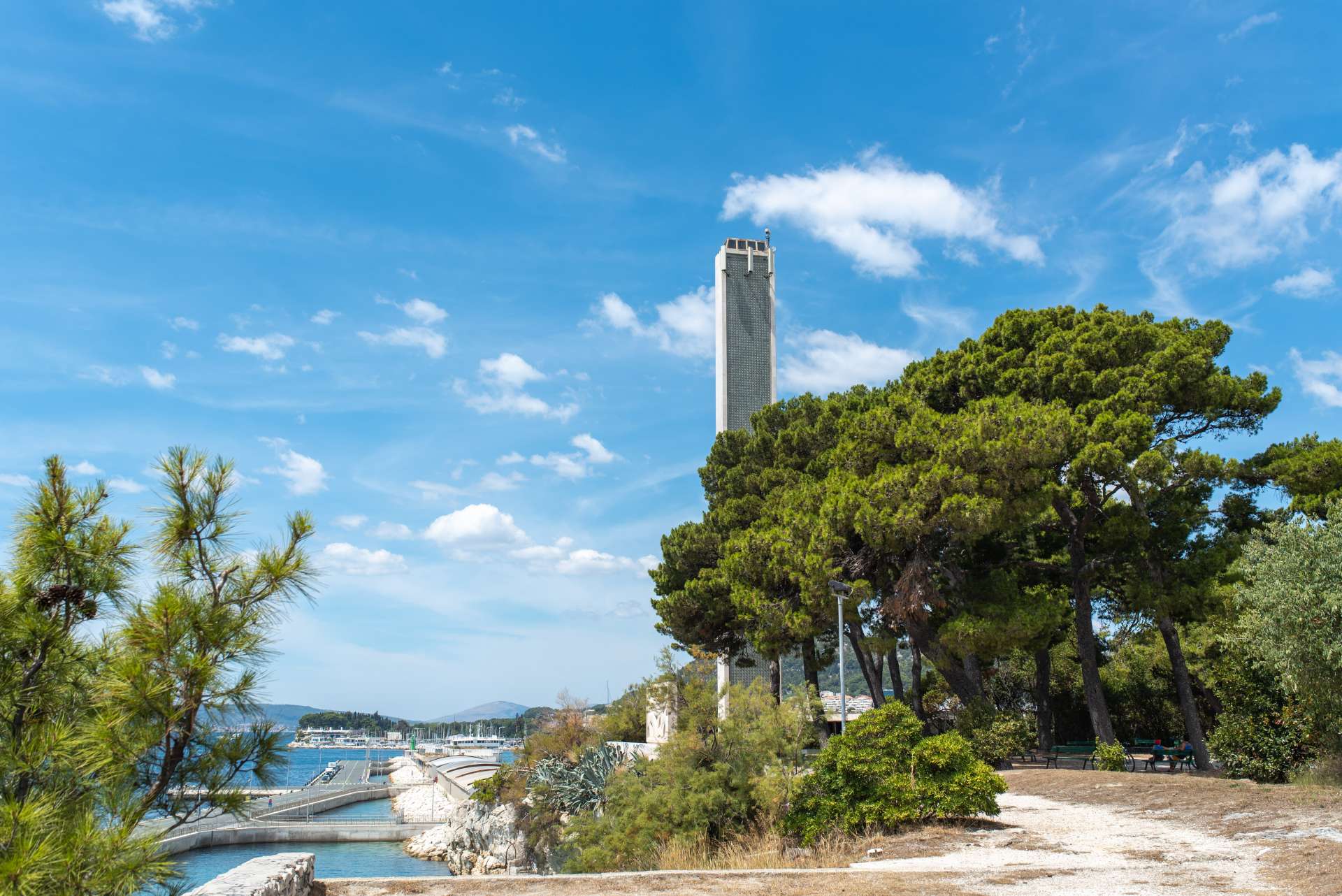 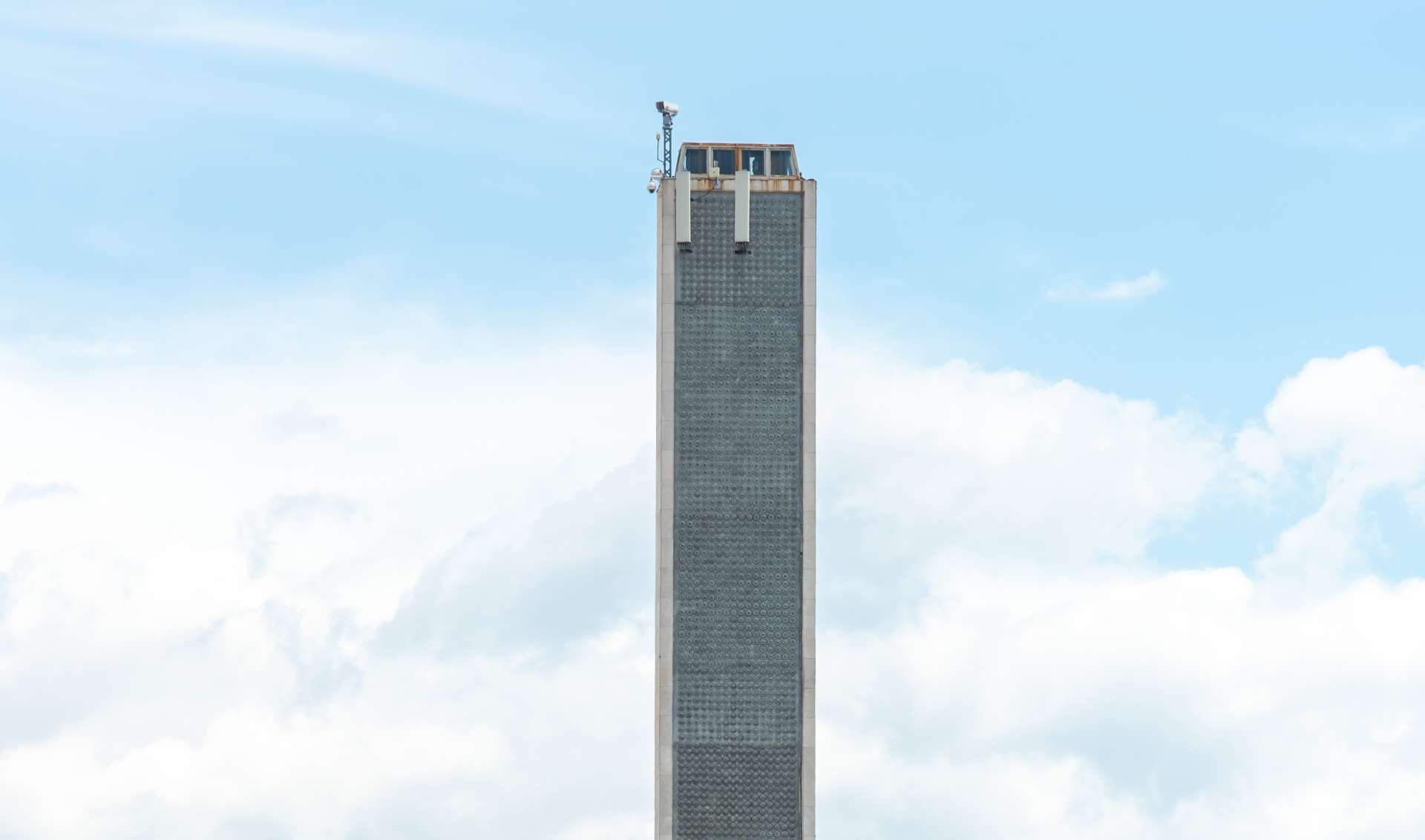 The minimalistic lighthouse, standing 38m tall, is thin shaped and constructed of stone blocks on its two thin sides, while its two broad sides were filled with copper sheets perforated with a tight grid of 5860 circular glass bricks. Ambient light passes through the pillar via these glass bricks, scattering and diffracting in a unique and artistic fashion. This tall pillar's lighthouse beacon, which broadcasted a strong rotating beam of light, was visible for over 56 kilometers. Split Lighthouse is the tallest lighthouse in Croatia. A narrow set of stairs (closed to public access) also leads to the top of the tower and to a small room originally meant for a lighthouse keeper. The tender for the creation of this project was awarded to a five-person team, lead by architect Ivan Carić, with design assistance from Budimir Prvan, Branko Franičević and Paško Kuzmanić, along with local Split sculptor Andrija Krstulović (a student of the famed Ivan Meštrović). The location chosen for the lighthouse monument was a dramatic rock outcrop at the entrance to the Port of Split named Katalinic Brig, right on the edge of the small Bay of Bačvice overlooking the central Split harbor. 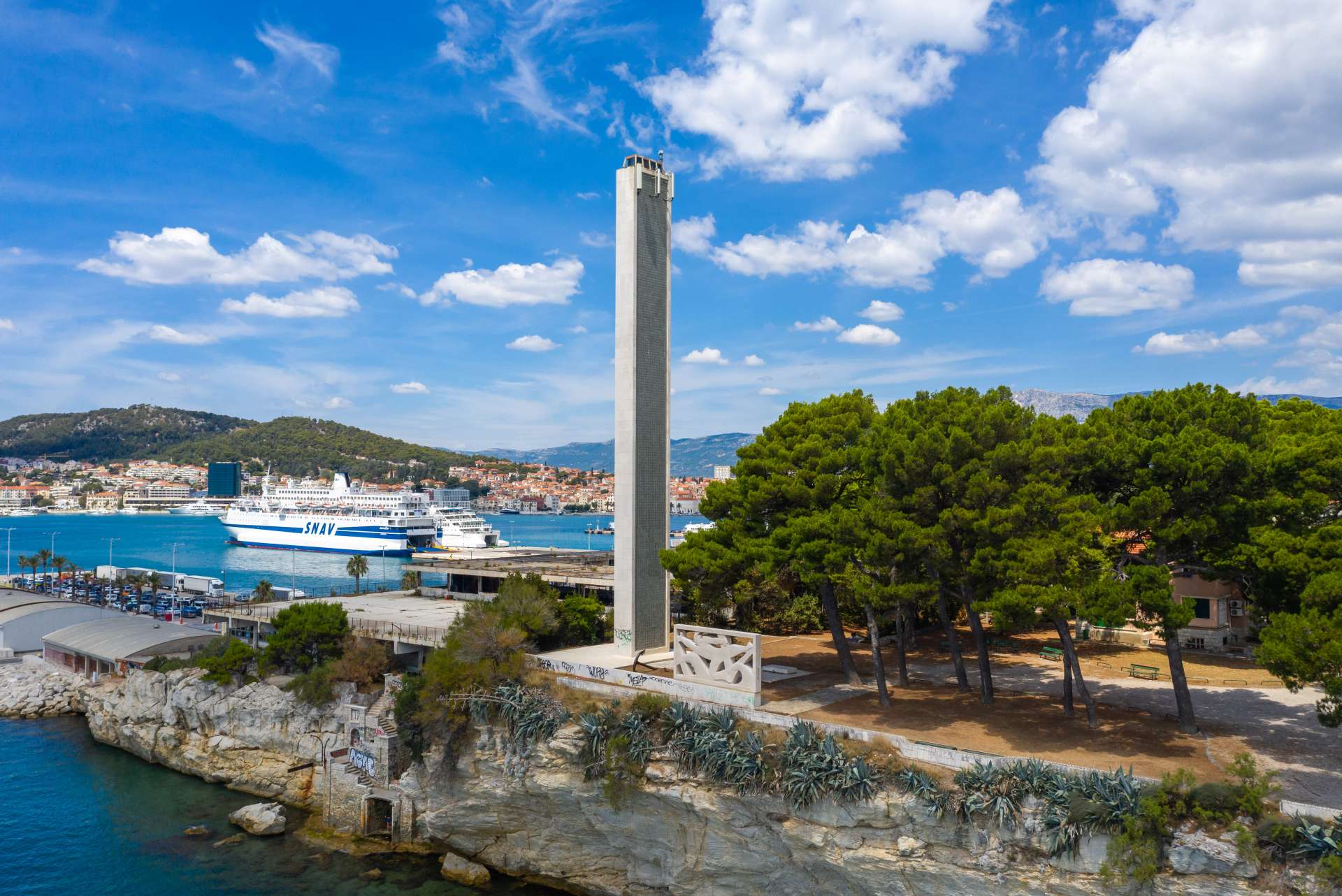 Located on a rock outcrop named “Katalinic Brig” overlooking the Adriatic Sea is the Seafarer’s Lighthouse, a monument created to commemorate the WWII actions of Partisan sailors of Split who perished during the People’s Liberation Struggle. After the end of WWII, in addition to its strategic location, Split became a booming commercial hub and a regional center for naval activities. In the mid-1950s, the Urban Planning Bureau of Split began making plans for a memorial lighthouse that would be built along the city's coast. This endeavor was to be the first major monument project in Split since the end of WWII, as well as being the first major post-war vertical object built in the city. The decision was made early in the process that the monument would take the form of a lighthouse, which could act both as a memorial while also providing a utilitarian function. Meanwhile, in front of the lighthouse pillar was constructed a white stone tomb which contained the remains of an "Unknown Seaman". Next to the tomb is a large metal anchor, possibly from a ship used by the Partisan Navy. The final element of the memorial site is a dynamic sculptural work by Andrija Krstulović made of white Brač limestone, which depicts a man struggling in violent seas. Positioned right on the edge of the cliff, the form is created through cut-out silhouetted forms, with the beautiful Adriatic Sea visible through the holes, a unique effect which adds to the drama and impressiveness of the sculpture.

The "Unknown Seaman" was lowered into his tomb on September 9th, 1958, with the large public ceremony and unveiling event occurring the following day on September 10th, known as "Seafarer's Day". The unveiling was followed by the inaugural lighting of the lighthouse, as well as fireworks and festivities across Split which were attended by over 10,000 people. The official name given to the complex was "The Seafarer's Lighthouse" (Svjetionik Pomorac), which has existed as a tribute to all sailors who have perished at sea, not only during WWII, but also in peacetime. During the 1960’s – 1980’s, it was an extremely well-visited memorial and one of the most popular monument sites in Split, not only for commemorative purposes, but also for use as a park and an area for relaxation and sightseeing (as it had excellent views of the Adriatic and the city of Split). 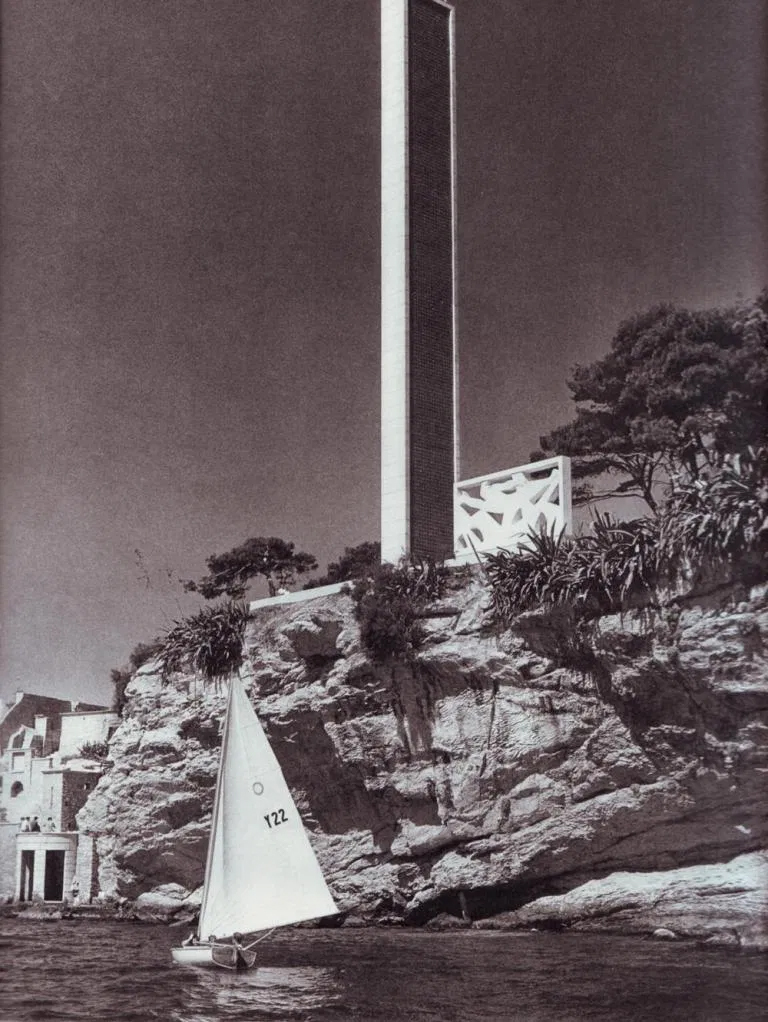 When examining the symbolism of the Split Seafarer's Lighthouse memorial complex, there are two primary components to examine; firstly, the lighthouse itself and, secondly, Andrija Krstulović's sculptural work. Considering the lighthouse, in addition to its utilitarian function, the intuitive symbolic message of such a tall conspicuous illuminated object can be interpreted as representing a "beacon of freedom" or a "torch of liberty" visible across all the landscape. In addition, since it was built as the tallest lighthouse in Croatia it would also operate as a symbol of power and technical innovation, similar to how other famous historical lighthouses operated as symbols of power and architectural prowess (such as the Lighthouse of Alexandria of Greek antiquity). In addition, just like the Lighthouse of Alexandria the Seafarer's Lighthouse in Split was purposefully positioned on a conspicuous rock outcrop right at the entrance to the city's harbor, visible to all who sailed into the city as a symbol of power and military victory. 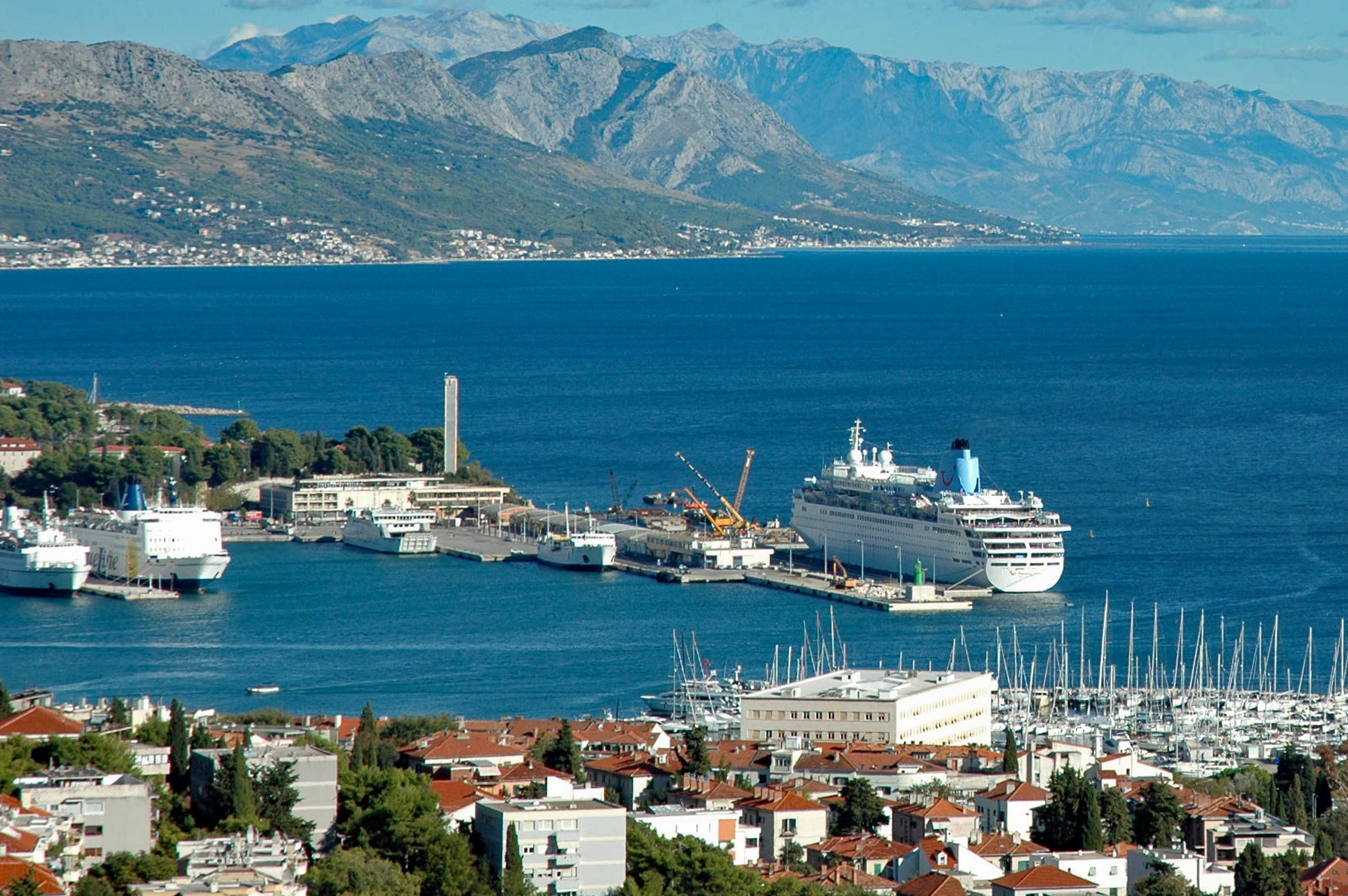 In the years after Croatia gained its independence, the Seafarer's Lighthouse began to fall into a state of neglect and disrepair. No immediate efforts were made to repair the lighthouse beam after a military shell (ordnance) struck it in 1991. As a result, not only did this monument complex begin to deteriorate, but it also became a basin for trash and a breeding-ground those looking to vandalize the monument with graffiti. Furthermore, as the lighthouse became more marginalized and an afterthought of local authorities, a mobile phone antenna was installed at the top of the tower. The site is managed by the state-owned maritime company Plovput, who collect the revenues from the antenna, but during the 1990s and 2000s they had put little effort into restoring or rehabilitating the site. However, after outcries and initiatives put forward by several groups, serious efforts were finally made towards implementing an intensive restoration of the site, most notably spearheaded by the Split Rotary Club and the Croatian Maritime Union (who began to re-initiate commemorative events at the monument in 2011). Restoration, construction and graffiti removal for the lighthouse memorial complex began in earnest in the summer of 2013. During this work, the scores of glass bricks that had shattered and fallen out over the years were replaced with newly fabricated bricks, while the facade of the lighthouse, which was damaged by the 1991 shelling, was repaired. Most importantly in 2013, the rotating lighthouse beam was repaired and subsequently re-activated. In 2014, the restoration project for the monument site was completed. As of 2020, the site is still not in a perfect condition, still subjected to occasional vandalism and graffiti, but it has vastly improved, with the site again used for regular commemorative events and visited by locals and tourists. Meanwhile, in recent years, young artists and designers have been proposing innovative ideas to make the monument more engaging to the public, with one unique 2013 proposal suggesting that the 5860 glass bricks of the monument be fitted with LED lights, which could display customized illuminated messages for sailors to see from their boats as they are approaching Split harbor.

Regarding the current state of the Seafarer's Lighthouse and memorial complex, the condition can be considered as fair to good. Because of the 2013-2014 restoration and rehabilitation project, much of the destruction, decay and degradation that this site had experienced during the 1990s and 2000s is now repaired. This repair included the removal of vast amounts of graffiti, fixing damage to the facades of the memorial elements, as well as the repair of the lighthouse beacon. However, despite the improved presentation of the park, there are no promotional or directional signs that might lead visitors to this memorial park. Furthermore, there are also no interpretive or informational placards at the monument which might relate to visitors its history, meaning or cultural importance. In addition, the official Split tourism website does not list the Seafarer's Lighthouse as a local attraction or point of interest. 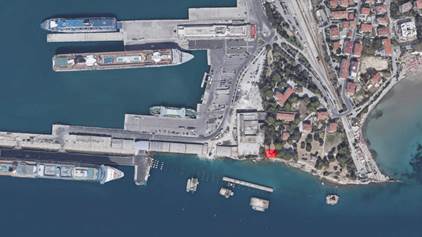 Despite its lack of promotion, the memorial park is often bustling with activity, both locals and tourists exploring the site's amazing views. Furthermore, the memorial complex still regularly hosts remembrance ceremonies and commemorative events, traditionally on the eve of the feast of St. John the Baptist (June 24th), the Day of St. Nicholas, Patron Saint of Sailors (December 6th) and Seafarer's Day (September 10th). There are still hopes among some groups that eventually the mobile phone antennas installed on the top of the lighthouse can at some point be removed to restore the structure to its original unobstructed appearance, while others think the antennas should remain in place, operating as a public utility. 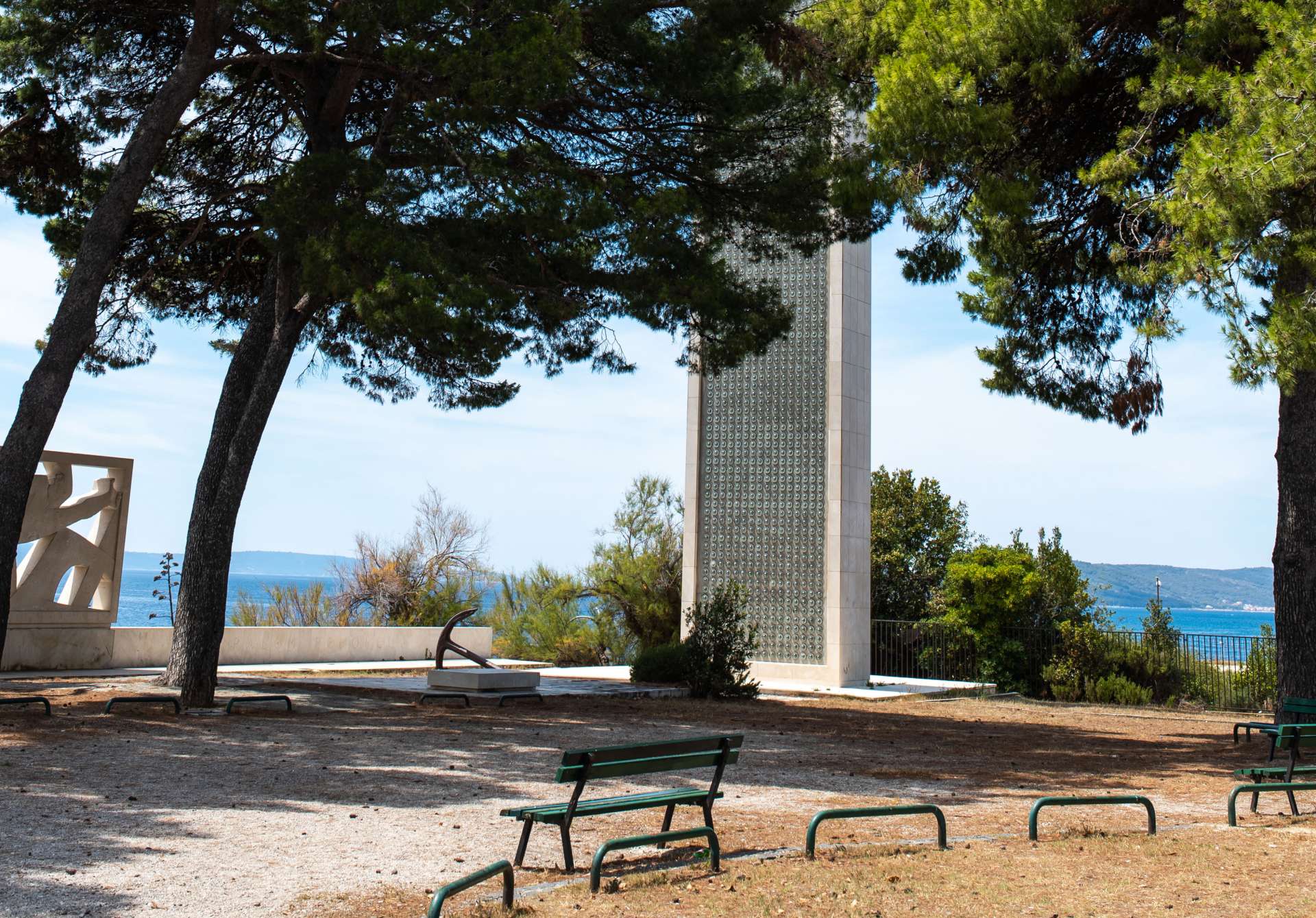 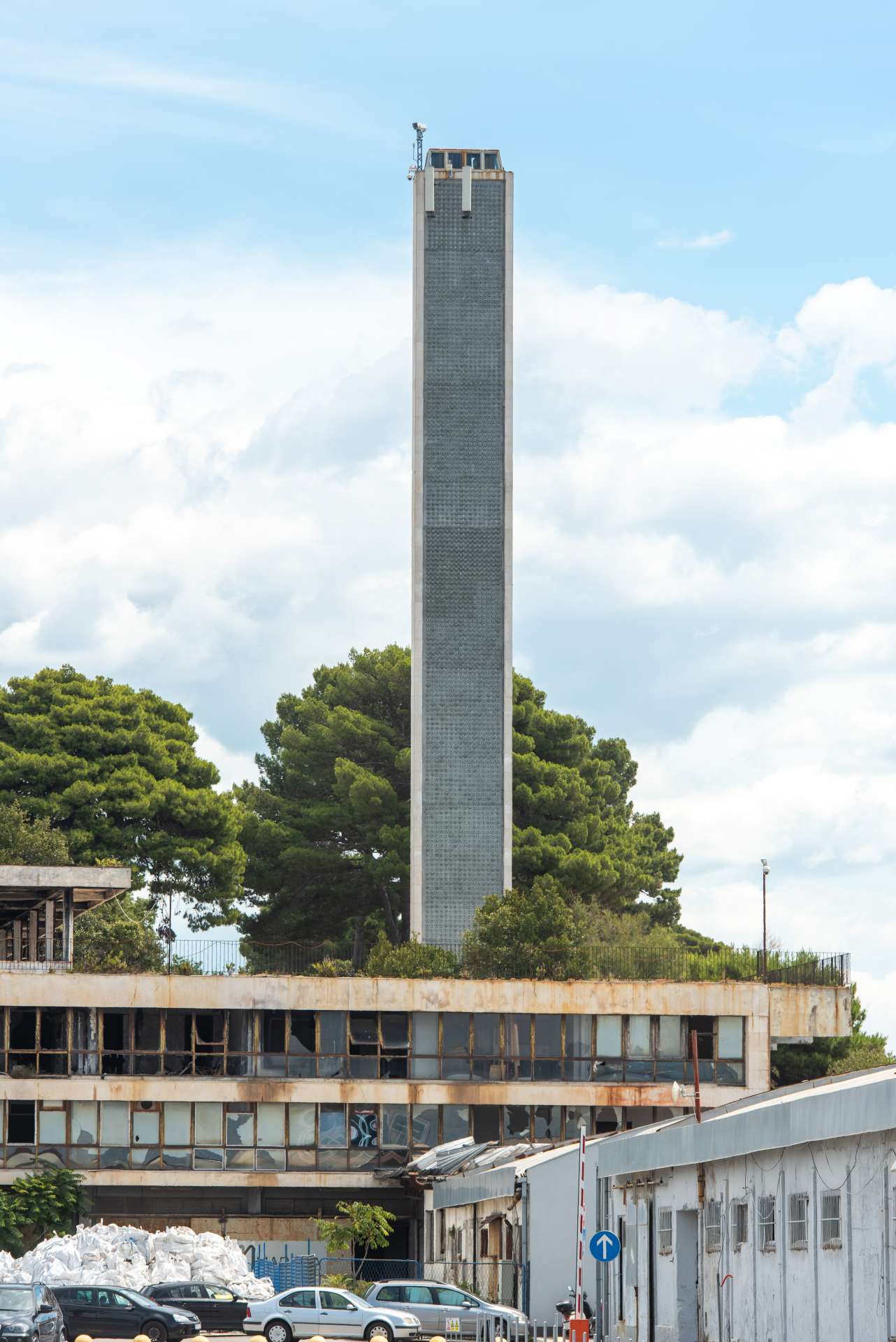 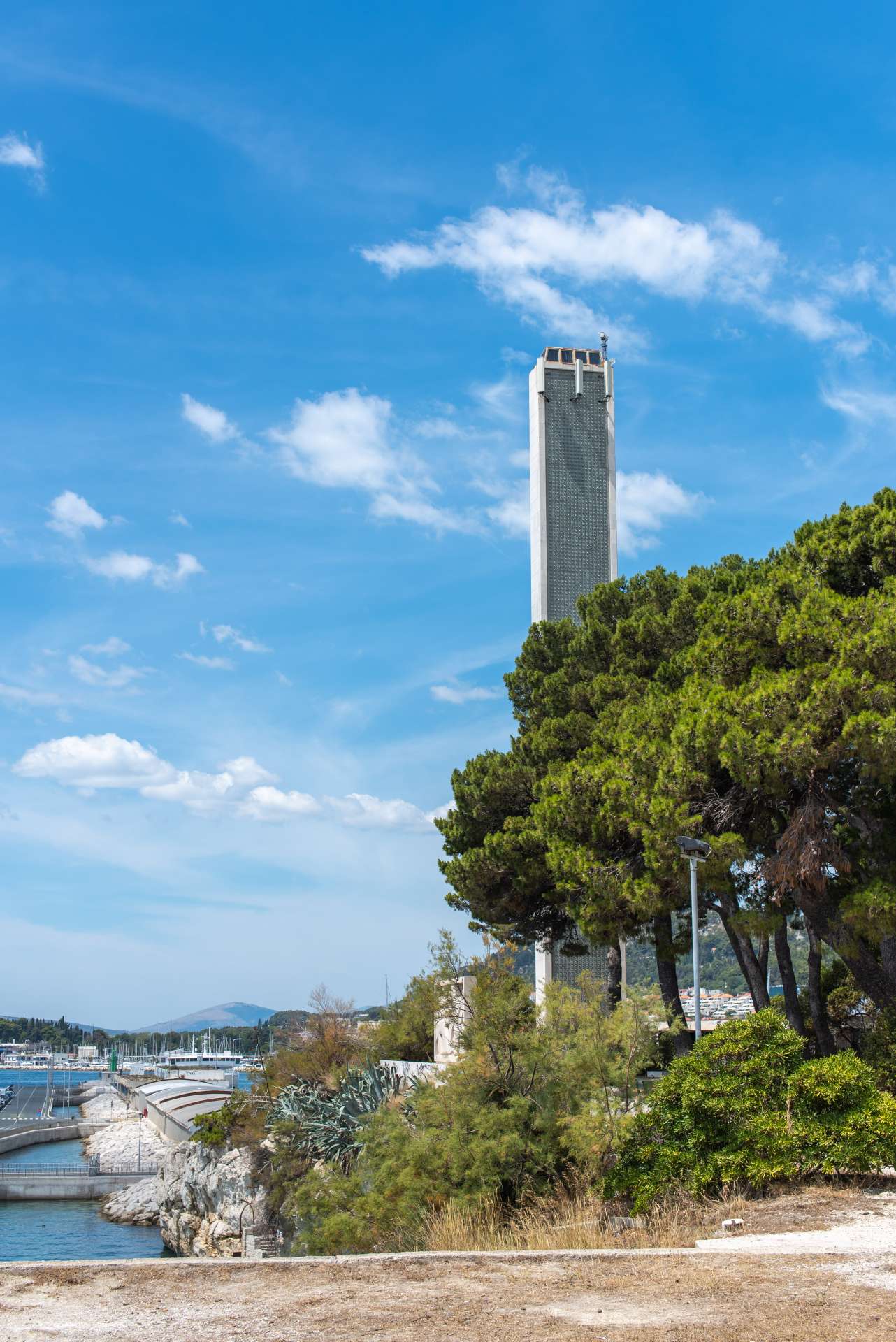 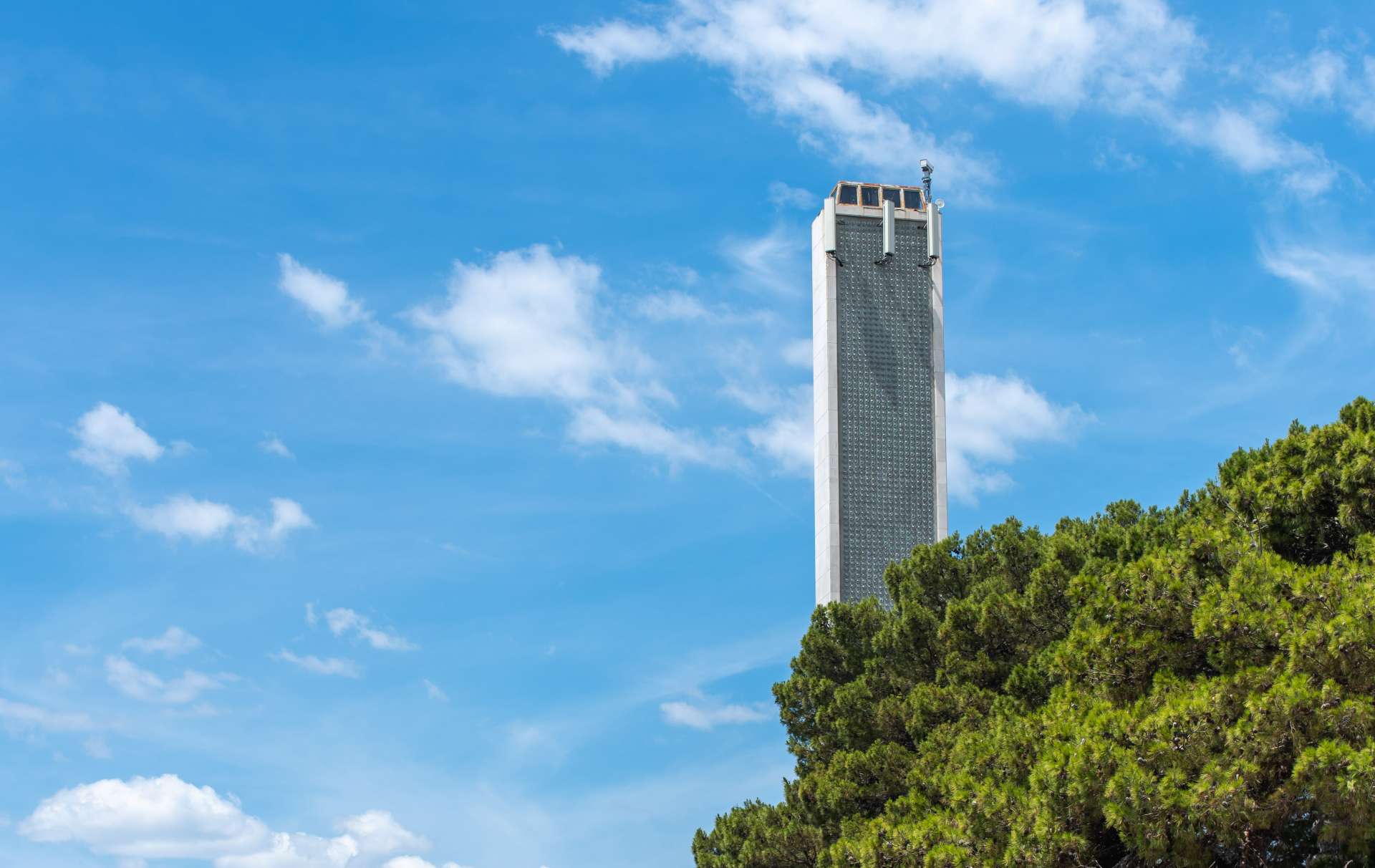 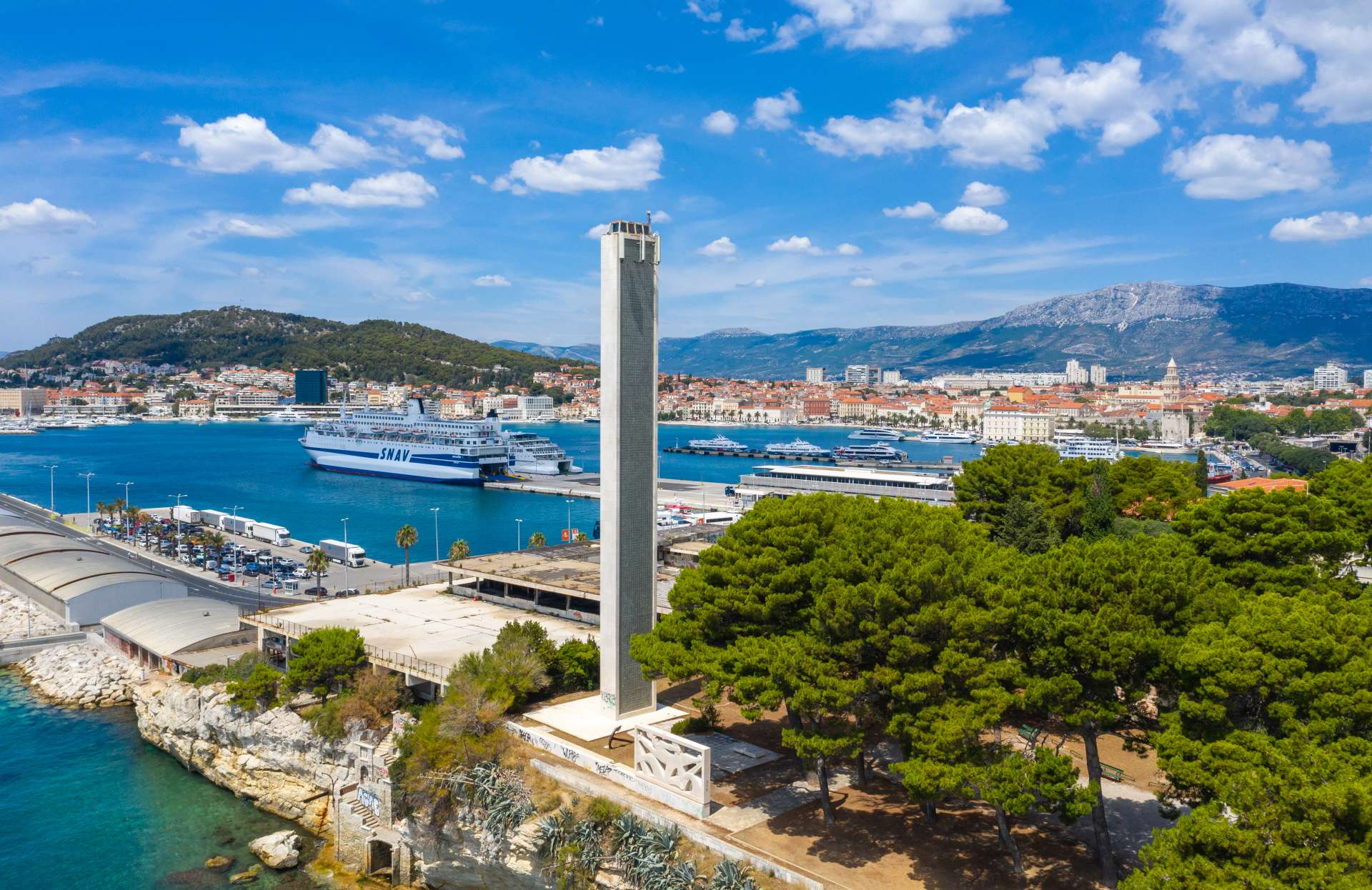